As a new year begins, it is always a good idea to sit back and reflect on the tech we have seen in 2019. That year was also the same one that brought us the Samsung Galaxy Fold, the return of the Motorola Razr, as well as ASUS’ dual-screen success with the ZenBook Pro Duo UX581. Of course, aside from those, other tech companies have also made splashes in the scene.

Before we move onto 2020 and await the many techs that will be released this year, let’s have a quick look back on 2019 and find out what are the best products of their respective categories.

Though pricier than most, you certainly get what you pay for with the Note 10 Plus – a great looking phone that comes with a powerful processor, a large screen, and powerful cameras.

Aside from its 15.6-inch OLED 4K (3840 x 2160) screen, the ASUS ZenBook Pro Duo is powered by a 9th Gen Intel 8-core processor and an RTX 2060 graphics card which allows games and other applications to run smoothly on the laptop.

There were a number of wireless earbuds released in 2019, one of which is Sony’s WF-100 XM3 Noise-Cancelling Wireless Earbuds which has a good balance of form and function. It is easily one of Sony’s best wireless earbuds of 2019. The earbuds come with innovative active noise cancelling technology and come in a sleek portable charging case which gives you up to 32 hours of wireless playback.

Priced at S$349, the WF-1000 XM3 Noise-Cancelling Wireless Earbuds are a good alternative to the Apple Airpods and a lot more affordable compared to the WH-1000 XM3 headphones, while still being able to provide a comparable level of noise cancellation.

Those looking for a great gaming keyboard need look no further than the Logitech G915 Lightspeed Wireless RGB Mechanical Keyboard. Not only is it beautifully designed, with a black steel-reinforced body and brushed metal finish, it also comes with a durable build that is more than capable of withstanding rough handling.

The wireless keyboard also comes with packed with a battery that can last you for up to 12 days before it needs to be charged, which can actually be stretched if you lower the backlight of your keys and dial down on the lighting effects via LIGHTSYNC. Sure it might be a little on the pricier side, at S$399, but you do get what you pay for – a highly durable wireless keyboard with smooth, clicky mechanical keys with ultra-customisable RGB.

Don’t be deceived by the Sony RX100 VII’s compact size, it comes packed with features such as a 24-300mm lens, a 1.0-type stacked CMOS image sensor and the same image processing engine as the one found on more premium Sony cameras such as the Sony Alpha 9 and the A7R III and IV. It might be small but it definitely packs a punch.

With its image sensor and BIONZ X image processor, the RX100 VII is able to deliver high levels of autofocus performance and capture images at incredibly high speeds. It comes with a Single Burst Shooting mode which is able to take up to seven still images at either 90fps, 60fps, or 30fps with one simple click. Not only that, but the camera is also highly portable thanks to its small form factor, so you can easily take great, high-quality photos no matter where you go.

The Google Nest Hub brings the convenience of Google Assistant to your home without you needing to lift a finger. A smart display with speakers, you can use the Google Nest Hub as both a smart speaker as well as a touchscreen that lets you watch videos, use as a photo frame, or read recipes on. It is also small enough to fit discreetly into every home, with a seven-inch screen that is big enough to be seen across as home but small enough to fit on your shelves or table without being obtrusive.

For those worried about their privacy, the Google Nest Hub also does not come with a camera so you can safely place it in private spaces like your bedroom without having to worry about being spied on. You can also set the Nest Hub to give you a quick overview of your activities for the day using Google Calendar or to inform you about any breaking news that you might have missed.

And there you have it, Geek Culture’s best tech of 2019. With the new year just starting, we can’t wait to see what new tech will be released. Some have already been announced at this year’s CES and we’re all the more excited to see what else 2020 has in store for us. 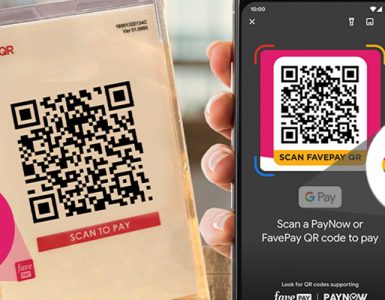