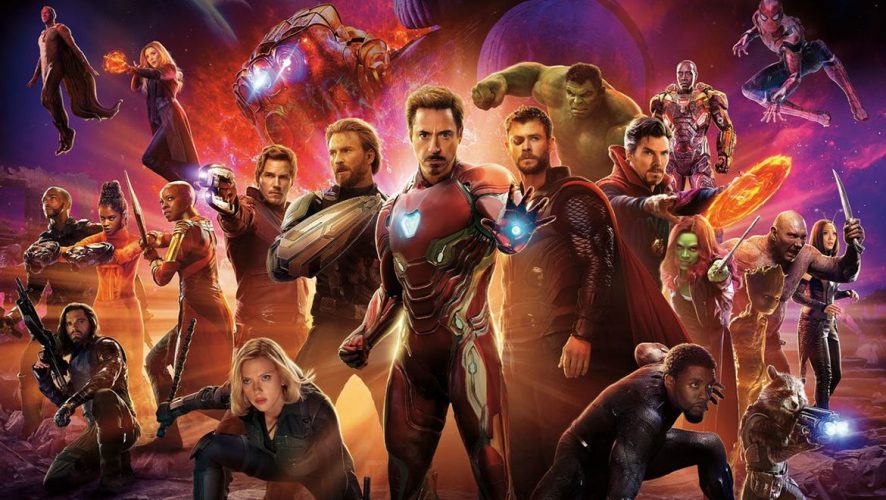 What a fitting title for such an epic saga.

To celebrate the end of an eleven-year-long, 22-feature-film chronicle, Marvel Studios’ Kevin Feige has officially christened a collective title that ties in all the first three phases of the long-running Marvel Cinematic Universe movie franchise “The Infinity Saga“.

It’s no surprise considering the “Infinity Gauntlet” storyline from the comic books is the central conflict that spans the 22 movies, however small the overarching plot is in some of them. Regardless, everything that happens from 2008’s Iron Man all the way to Captain Marvel earlier this month will culminate in a three-hour-long epic finale in Avengers: Endgame on April 26. And what better way than to christen the eleven-year journey with such a badass title. Even Thanos would be proud.

“We wanted to bring to a conclusion a series of movies in a way that had never been done before,” mused Feige in an interview with Empire Magazine. “Harry Potter had an ending because there were only so many books. Lord of the Rings too. But we thought, 22 movies in, wouldn’t it be fun to bring some finality to the storyline.”

No doubt, what Feige, his directors the Russo brothers, and the rest of the Marvel Studios team have accomplished have already surpassed the likes of Harry Potter and the Fellowship of the Ring (without any disrespect to their epic achievements in the early 2000’s, of course). Of course, to make things more digestible for new fans, especially those that don’t really follow the comic books that inspired Marvel Studios’ decade-long vision, the whole thing had to be broken down into phases.

Phase 1 introduced the core Avengers team, leading up to Joss Whedon’s Avengers in 2012. Phase 2 brought in more characters such as the Guardians of the Galaxy, Ant-Man, Vision and the Scarlet Witch, culminating in yet another Avengers title, Age of Ultron. The third and final Phase in the current wave of MCU films began with Captain America: Civil War, which then spawned the likes of Black Panther, Doctor Strange, Spider-Man and the aforementioned Captain Marvel in their own origin stories, before the final hurdle in Avengers: Endgame.

It’s been a long journey, but with old things coming to the end also brings new things into the fold. Marvel Studios isn’t stopping with the Infinity Saga, as they already have one foot firmly in the future, with Phase 4 and beyond well underway, spearheaded by Tom Holland’s sensational web-slinger in Spider-Man: Far From Home this July, as well as the likes of Doctor Strange 2, Shang-Chi and a solo Black Widow film (finally!) in development.

Moreover, the buyout of 21st Century Fox (y’know, the guys responsible for not bringing the X-Men, Deadpool, and the term “mutant” to the MCU for the longest time) by Marvel’s parent company Disney in 2018 is yet another turning point in the film franchise. Disney has already acquired the rights to Spider-Man from Sony, so this was indeed a long time coming. So expect a lot more popular Marvel characters that were supposed to have been present in the final fight with Josh Brolin’s Thanos finally see the light of day in the MCU.

But we digress. For now, the time of the Infinity Saga is nearing a close, and it’s never too late to binge on all of it before the day of reckoning on April 26.