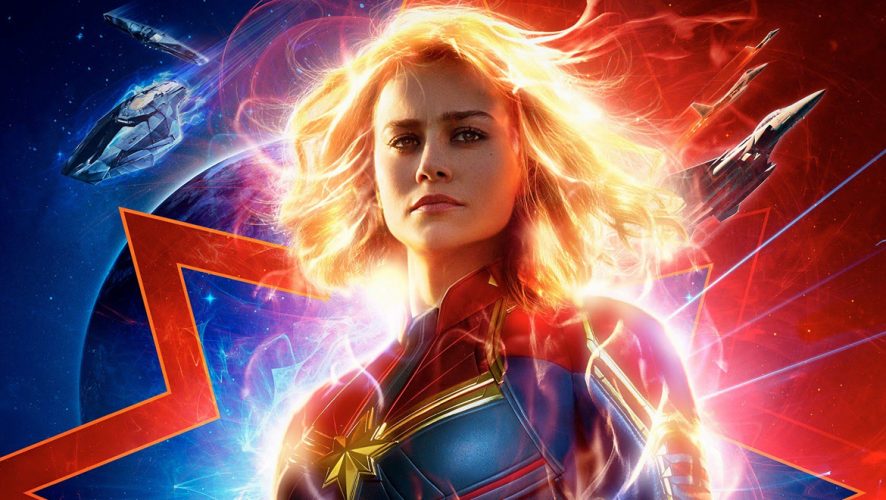 What does a girl need to do, to save the world?

Prove herself? Check. Find herself? Learn to smile? Ditto. Show just about everyone just how powerful she is? Well, does she even need to?

The cinematic debut of Marvel Comics’ Captain Marvel has a lot going for her, and against her. As the opening chapter of the fan-favourite character’s journey as a hero, Captain Marvel serves as the penultimate chapter to Phase 3 of the Marvel Cinematic Universe, as a time where some folks are wondering, what has she done, to deserve this accolade of being the most powerful MCU character.

But the movie also needs to be convincing enough to remind us that yes, she’s out there but the involvement of the original Avenger does not mean that victory is a sure thing.

Co-directors and co-writers Anna Boden and Ryan Fleck have their work cut out for them, but not only have they done a good job in developing the myth of Captain Marvel, they have also taken the time to fill in some of the narrative gaps that have occurred across 20 movies in the decade long MCU.

Set in the 1990s before Tony Stark showed up in his red and gold armour, Carol Danvers finds herself fighting alongside the Kree, in a galactic space battle against the evil shape-shifting Skrulls. Together with her teammates in the Starforce, led by Yon-Rogg (Jude Law), they attempt to stave off a Skrull invasion. Along with fellow team members including Korath (Djimon Hounsou), Minn-Erva (Gemma Chan), and fellow high-ranking Kree warrior, Ronan (Lee Pace), their fight leads them to Earth, Carol’s birthplace, circa 1994. 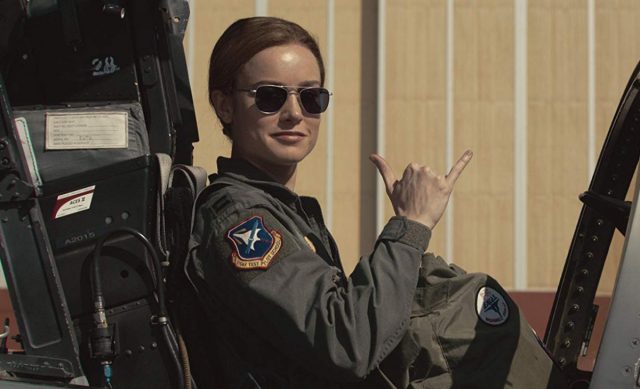 Yes, you might be surprised at the turn of events. Both Korath and Ronan make their return to the MCU, in a movie that takes places decades before they made their debut in Guardians of the Galaxy. It’s a nice touch by the team, to include references and cameos by established comic characters, especially in the vast intergalactic Marvel playground.

As this is an origin story, audiences will learn more about Carol, her birthright, as well as the foundation of Nick Fury’s (Samuel L. Jackson) initiative to save the world.

Yes, everyone’s favourite superspy also makes his return, this time as a young, fitter but no less thrash-talking agent, tasked with apprehending Carol after she crash lands on the planet. He’s not alone, as he brings along a fellow fresh agent, Phil Is-he-dead-or-not Coulson (Clark Gregg). 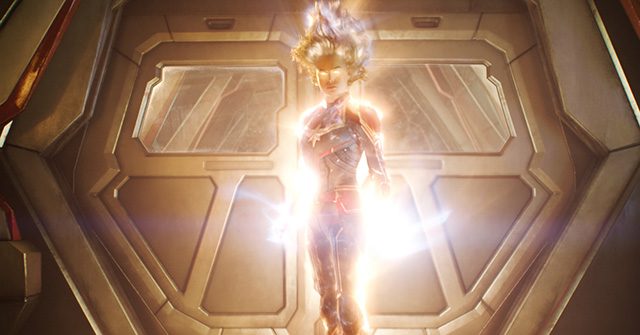 This makes for a nice reunion for some long-thought-dead characters, as they try to stop the Skrulls from winning. If you are a newcomer to 10 years of fantastic storytelling, some required viewing is needed, to enjoy Captain Marvel, but the production does a good job in limiting extra elements.

From the moment she crashes on screen, Larson takes a commanding presence as she journeys into self-discovery. Larson brings a certain charm and humour into her character, though it is true that she lacks a certain gravitas. Missing Robert Downey Jr’s effortless charm, the earnestness of Chris Evans or arrogance of Benedict Cumberbatch, she matches the outings of Tom Holland and Chadwick Boseman, where they only come into their roles in their second outings.

While the movie takes place in 1994, it is not told in flashbacks, though the directors deftly slips elements of Carol’s characteristics into mini flashbacks. Unfortunately, there is only so much they can do and less time is spent with her best friend, Maria Rambeau (Lashana Lynch), who serves to ground Carol.

As much as this is a Captain Marvel movie, it is also a mini Nick Do-not-call-me-Nicholas Fury movie, and believe it or not, much of that credit goes to Ben Mendelsohn, who plays Talos, the leader of the Skrulls. There’s no mistaking that sneer that enthralled audiences in Rogue One and Ready Player One and here, he shows why he’s numero uno, as he takes on Carol, Fury and Yon-Rogg. The scenes he has with Jackson are little snippets of gold that are worth watching, only because both actors love their incessant trash-talking.

But maybe it is because much has to fit into the movie, that some things don’t fit all that well. Captain Marvel’s journey from soldier to hero is well chartered, supported by impressive use of special effects and costume changes. Her display of skills and powers are a light-display that fills the screen, and there’s no question that she’s extremely powerful.

But that’s the Superman argument, that no one wants to see an unbeatable hero. By the third act, nothing in the movie is established as being powerful enough to even confront Carol, so the build up to Carol’s abilities and strength all amount to zilch. Yes, she saves the planet, but there is no drama, no emotion, as if she wasn’t even trying. If everyone thought that the MCU has an issue with believable and scary villains, the Supreme Intelligence here says that the trend is continuing. 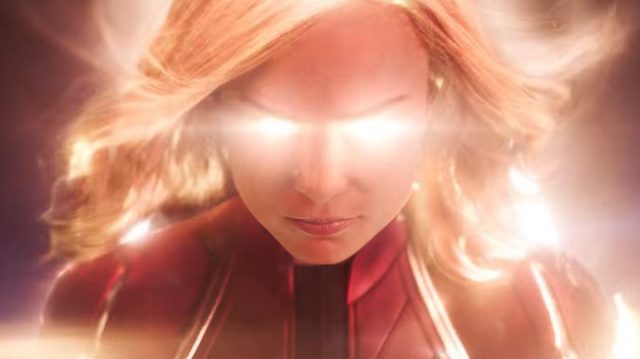 Direction-wise the movie has its fair share of laughs and action, mixed in with drama, but the delivery is rather uneven. Jokes and tender moments are splattered across the film in an almost haphazard manner, and some action and humour beats are a little off, especially the running gags with Goose, the cat. There are also some plot holes that have been overlooked, and need to be answered.

Then again, there is the neat little twist at the end that was quite surprising and sure to tick off some fans. And as stated, the directors do attempt to answer some questions with this movie, such as, How did Nick Fury lose his eye?, and Why didn’t Nick Fury signal for Captain Marvel during the events of the first two Avengers movie? In fact, the first end-credits scene answers the second question really well.

There are also smaller things to spot, including a great cameo by the late Stan Lee that is befitting of the time period (Snootch!), how Fury’s Initiative got its name, as well as what happened to the Tesserect after the events of Captain America: The First Avenger.

Is Captain Marvel the Wonder Woman of the Marvel Cinematic Universe? No, and it isn’t trying to be. Diana shows her power in a different way, and the co-directors here lack the skill of Patty Jenkins. But it serves as a strong showing of Marvel’s first female-led movie, and a precursor to Avengers: Endgame.

Captain Marvel is entertaining where it needs to, and a great tease towards the end of Phase 3, which needs to come sooner than later.