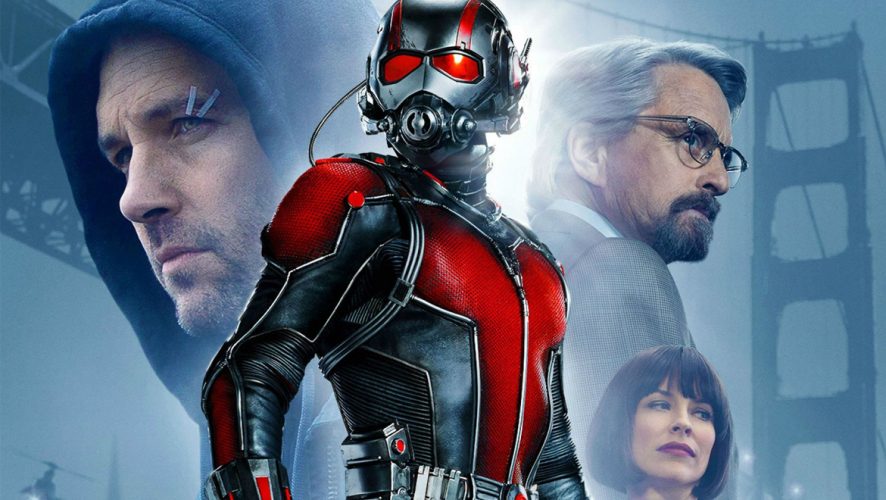 The Marvel Cinematic Universe is something of a juggernaut. Each year without doubt a couple of new movies are released to the general public and comic book fans alike. These movies are met with outstanding box office returns and all around favourable reviews. It’s like they can do no wrong.

The first rumblings from the critics and analysts was when Marvel announced Guardians of the Galaxy. This was a step too far. A major risk. A title from the vaults of Marvel that the general movie going populance wouldn’t and couldn’t get behind. Marvel was going to have it’s first flop. Guardians went on to be one of Marvel’s biggest box office performers.

Those same thoughts are aimed at Marvel’s latest production Ant-Man. The same arguments were brought out that it was a title that just was not for a general movie going audience. Guardians was down to luck. This was the step too far. With a troubled shoot (a first for a Marvel production) the knives were sharpened even further.

Ant-Man was meant to be Edgar Wright’s labour of love. He who of the classic Cornetto Trilogy. For people not in the know that is Shaun of the Dead, Hot Fuzz and The World’s End. His first foray into the Hollywood system was his manical interpretation of the Scott Pilgrim comics. A calling card to Marvel. Marvel bit and then got cold feet. He left the production citing the usual ‘creative differences’. Marvel possibly did fear that if he did deliver a Marvel film with the looks and sounds of Scott Pilgrim, they could be in trouble.

So where does that leave Ant-Man? In a pretty good place actually. From what could have been a disaster comes one of Marvel’s most complete films to date and has one of the most likeable lead characters yet. 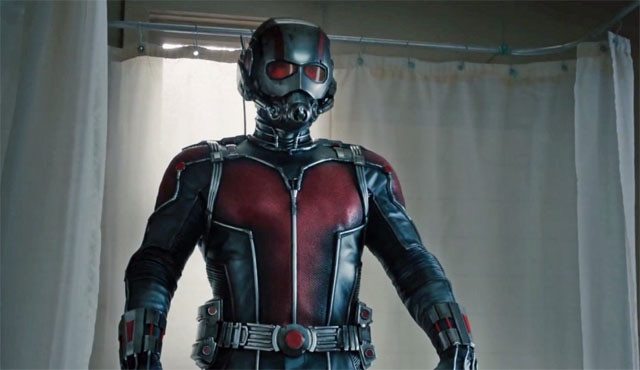 Scott Lang (Paul Rudd) isn’t your usual Marvel lead. He’s not the straight and narrow Steve Rogers nor is he the billionaire playboy Tony Stark. He’s just a regular guy that did some time in jail and is trying to get his life back together in order to support and have access to his daughter. When he is suddenly swept into a world of super science and crazy comic book action, he reacts the way the audience probably is. That this whole thing is very silly. It gives the movie the grounding it fully deserves and allows the audience to be aboard for the ride.

Casting is something that Marvel always seems to nail and they always manage to snag some big acting talent along the way. Robert Redford, Jeff Bridges and now Michael Douglas. More of him later, let’s not forget Rudd. It’s spot on casting for the role and he brings a cheeky but serious vibe to the character. For many it was a strange choice but Rudd shines in nearly every scene. Douglas plays Hank Pym, the original Ant-Man and the suits creator. He too plays along and looks like he’s having a lot of fun with the material given. The dynamic between Rudd and Douglas borders on a comedy duo. The movie at heart is a comedy and it has plenty of laughs. 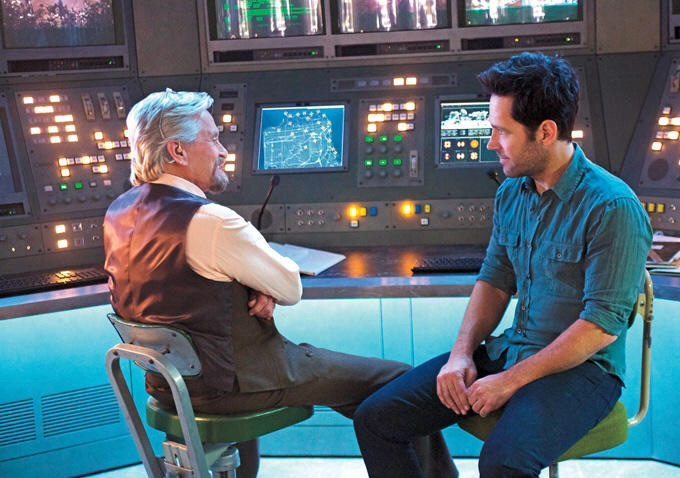 The emotional weight of the film is mainly played through Evangeline Lilly’s character, Hope Pym. The daughter of Hank and also a reluctant ally. You see Hope works and keeps and eye on a rival of her fathers who is close to replicating the Pym Particle that allows the super shrinking of living tissue. See the problem there. The wrong thing in the wrong hands. The rest of the team is made up of great casting choices too. Michael Pena plays the loveable rogue Luis, T.I is great as the wheelman, Dave and David Dastmalchian plays the hacker Kurt. It’s interesting to note that Marvel stuck with Edgar Wright’s casting choices. Good on them.

For the villian of the piece we see Darren Cross (Corey Stoll) trying and succeeding in copying Hank’s work. In turn his alter ego Yellowjacket is the main foe for Ant-Man to deal with. The scenes with Cross facing up against Hank and Hope are great but as he suits up as Yellowjacket the movie falters a little. There is no real endgame for him. He recreated the particle and is in the process of selling it to the highest bidder. Ant-Man steps in. They fight. There is no grand plan or scheme. No world domination. Just a guy putting one over Hank and earning some money. 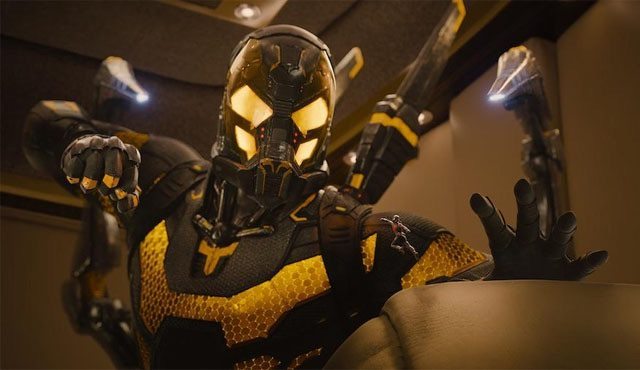 As said it’s just a small issue. Not a deal breaker. The action scenes in Ant-Man are well done with some laugh out loud moments during the climatic battle. The scenes with Ant-Man and his ant army are good but the CG on the ants were not as good as expected. It’s funny when you find The Hulk as a more believable character than a tiny ant. Speaking of The Avengers, there is a fantasic scene where Ant-Man raids an Avengers facility only to be confronted and battle [redacted].

Marvel doesn’t need to worry. Ant-Man is great. It’s a great addition to their Cinematic Universe and it’s also a damn fine popcorn flick on it’s own.

One last thing. As usual there is an after credit scene. Two in fact. Both are pretty good so stay in your seats.