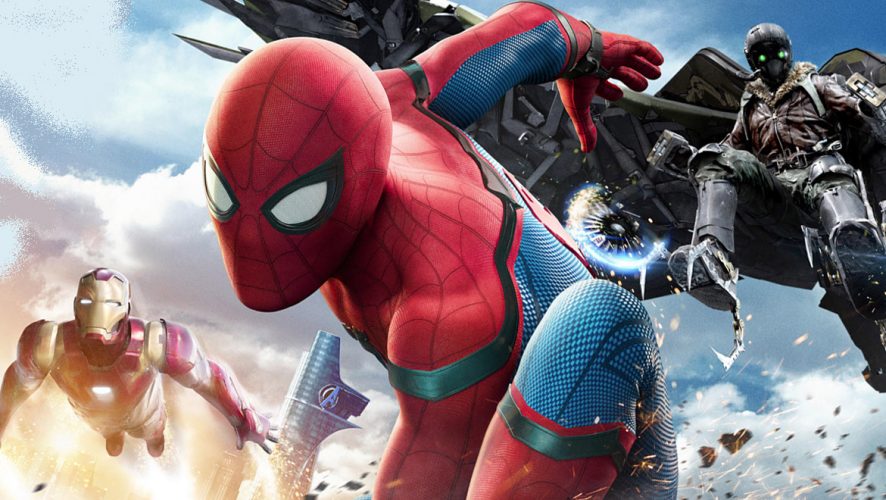 As a comic book fan, the word reboot is the reader’s equivalent of setting fire to your entire collection. It simply means that the publisher and writers have painted themselves into a creative corner, and can no longer proceed logically with the character, and need to cheat by resetting everything.

For Sony, their third incarnation or second reboot of everyone’s favourite web crawler is the best version that that ever came out of the studio, and it’s about time.

Make no mistake – the first three Spider-Man helmed by Sam Raimi were travesties that come off only a little better than The Clone Saga. Andrew Garfield’s short time as the webhead provided some charm, but he was let down by too much repetition and adherence to the comic mythology (sorry Gwen).

This is a cinematic Brand New Day for our webhead, and while some might say that Tom Holland’s effort had been bolstered by an extended cameo in Captain America: Civil War, even if he wasn’t, his delivery of Peter Parker is the most sincere, charming and least annoying one yet.

Read enough comics and you would know that Peter’s jaunt as a hero was inspired by the guilt he felt after his inability to stop the attacker who later killed his precious Uncle Ben. The earlier movies made this into a theme that overstayed its welcome after FIVE freaking movies.

Spider-Man: Homecoming wisely avoids all of that, by skipping the origin story completely. In fact, aside from a brief allusion to Aunt May’s (Marisa Tomei) current state, Uncle Ben is not mentioned at all in this film, and his presence is felt only because you know the lore. The third time is definitely the charm here, as Sony correctly assumes that audiences do not want to pay the price of admission just to see Peter get bitten by another radioactive spider. 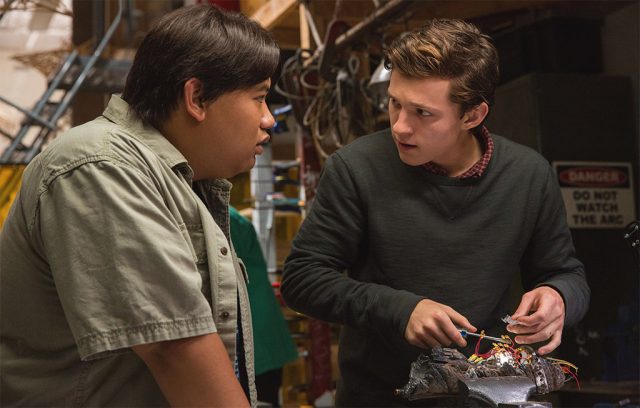 The spider is dead, Peter tells his friend Ned, and we concur.

Instead of a lovelorn teen, Holland’s Spidey is a 15 year old student who got called into action by the amazing Tony Stark (Robert Downey Jr), and has been camping by the phone for the last two months, waiting for the next roll call. He displays the youthful immaturity that kids his age are seemingly beholden to, and tries very hard to please. All that leaves him with though, is a desire to please, to leave New York behind and move upstate to where the New Avengers are at.

But with great power comes great responsibility, and Peter gets sucked into the machinations of one Adrian Toomes aka The Vulture, played with great aplomb by Michael Keaton. And it is here that Sony has taken all the elements of success Disney has had with its stable of superhero flicks, and used them to create the most believable and dangerous villain in the whole of the Marvel Cinematic Universe. Time to take notes Disney. 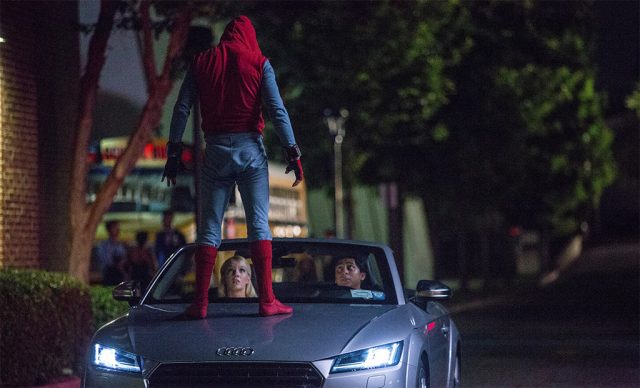 A former contractor for New York City, Toomes stayed afloat after the Chitauri invasion by using alien technology to create new and powerful weapons for the city’s underworld. He also created a winged suit for himself, because why should Tony Stark be the only man capable of flying using technology?

And while this is a Sony film, it is very much entrenched in the Marvel Cinematic Universe currently managed by Disney, thanks to some creative licensing deals between both companies. Toomes’ journey to becoming a master villain, along with Peter superhero narrative are firmly established within the same Marvel movies continuity, and there’s no reason not to. As audiences, we only want to see our favourite heroes team up, like they do in the funny books and this cooperation is a win-win for both.

Tony Stark plays a pivotal role here, playing the big brother/father figure that Peter needs in his life. Unlike the Netflix TV shows or Agents of SHIELD, which references the MCU but doesn’t integrate them too much, Homecoming embraces the links and the audience benefits the most. 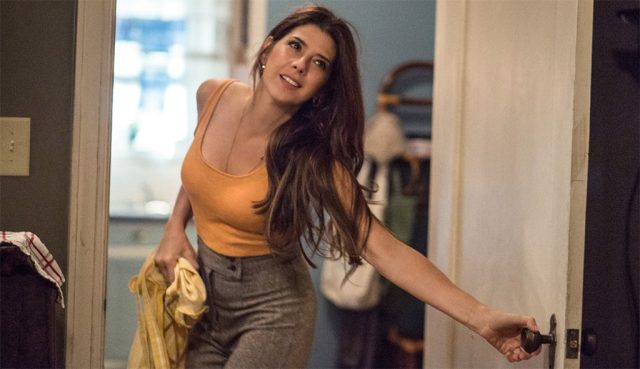 Sony is also not against bringing in more elements from Spidey’s comic book roots, so be prepared to spot plenty of easter eggs and references galore, from obvious ones such as The Shocker and The Scorpion, to a rather obscure link to Miles Morales.

Credit should also be given to Holland for portraying an earnest Peter Parker who wants to be a hero not for the fame, but because he wants to do some good with his abilities. Director Jon Watts has delivered on a movie that pleases fans, does something new to a familiar character but also remains faithful to the source material. 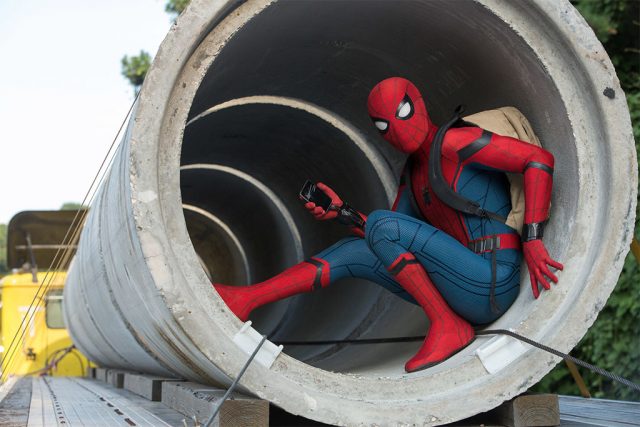 That said, there is one notable scene that comic fans will love. Previous directors have tried to make their mark by bringing an iconic moment from the comic to the big screen, but Watts does his homage to Spider artist Steve Ditko in a very natural way. The moment you see Spidey pinned down, you already know that Watts is bringing the lifting sequence to life from Amazing Spider-Man #33. Could it be improved upon? Sure, but the fact that it’s there and an important part of Parker’s growth as a hero makes this something to smile at. 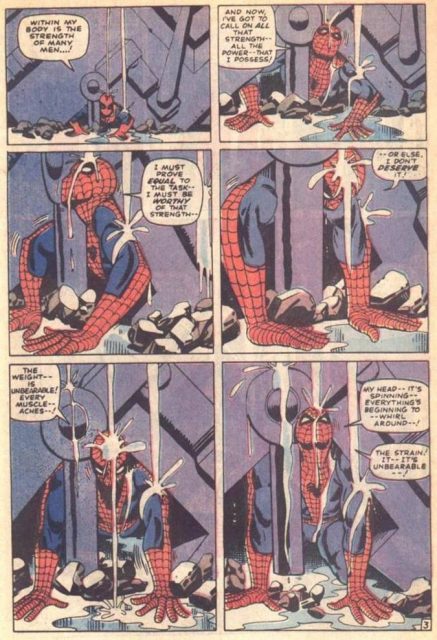 While I appreciate the cameos by Captain America (Chris Evans) and even Pepper Potts (Gwyneth Paltrow), including the use of Cap’s suit from The Avengers, I find Peter’s supporting cast to be a tad underwhelming. There is definitely diversity among his friends, with the casting of Zendaya, Laura Harrier and Tony Revolori as Michelle Jones (MJ, get it?), Liz Allan and Flash Thompson respectively, but their characters are never fleshed out and it looks like Sony picked them simply because other more notable supporting characters from the comics already had their turn to shine in the movies from the last 15 years.

And while I am a huge fan of web shooters, the use of the new technologically superior Spidey suit, aka Iron Spider made by Tony Stark feels like Peter is cheating. I wanted him to use his Spider Sense, which is apparently missing from this version of Spider-Man, and to develop his own skills, before suiting up in Stark tech. That said, the appearance of Iron Spider version 2.0 is intriguing, and I hope it makes an appearance in Avengers: Infinity War.

After 15 years and 5 movies, Sony has finally given us the Spider-Man we love from the comics. Disney should be credited for much of Homecoming’s success and if this is what it takes, other studios should take notes on how to do a shared universe between movies, and studios.