The Dark Phoenix Trailer Will Give You The Goosebumps

2019 is rife with amazing comic book movies, particularly the Marvel ones. And boy, do we have stellar showing for the female superheroes this term, with Captain Marvel set to wow the world with the affable Brie Larson as the titular Captain Marvel.

And then we have Jean Grey (reprised by Game of Thrones star Sophie Turner), host of the Phoenix Force, one of the most powerful and volatile entities ever to grace the pages of Marvel Comics.

The sequel to 2016’s X-Men: Apocalypse is finally upon us, and in it, we will be treated to perhaps one of the most iconic stories in Marvel’s storied history. For those of you who are unfamiliar, Dark Phoenix is based on a combination of the 1980 “Dark Phoenix Saga” storyline by Chris Clairemont. That story follows the corruption and eventual death of Jean Grey as she is exposed to, and struggles with containing, the aforementioned Phoenix Force. Widely considered a timeless classic in all of comic books, the Dark Phoenix Saga has been one of the most heavily-referenced incidences across the Marvel publications. 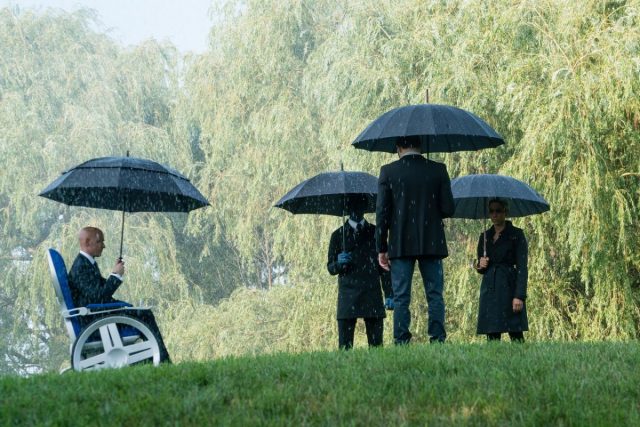 At the early part of the trailer, we see a funeral the X-Men are attending. Just who exactly is buried six feet under remains a mystery until June. Jessica Chastain makes her Marvel debut in Dark Phoenix, but not much is known about her character yet, except that she’s simply called “Smith”, and that she has a great deal to do with Jean Grey’s eventual corruption into the titular Dark Phoenix.

Of course, we know Dark Phoenix to be sort of a rehash of 2006’s poorly-received X-Men: The Last Stand, especially with the clever timeline rewrite in the events of 2014’s Days of Future Past. Also, this marks 21st Century Fox’s last Marvel film independently alongside the upcoming New Mutants film, as we’ve seen in their merger with Disney.

What does this entail for the larger X-Men continuity spearheaded by Fox for nearly two decades now? Will they be absorbed into the Marvel Cinematic Universe, by way of Chastain’s unknown character or some other form?

So many questions, but those will probably be answered in time, especially when Dark Phoenix premieres on June 7.