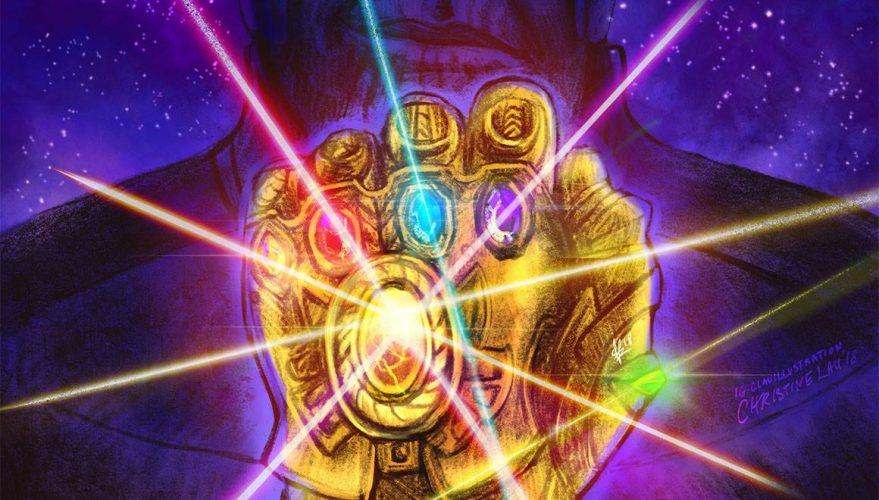 This review has mild spoilers.

With a title like Avengers: Infinity War, along with dozens of interviews that co-directors, the Russo brothers, have given about their upcoming epic, there is no doubt that the movie will feature casualties, and a lot of them.

And in many ways, Avengers: Infinity War is the most disastrous movie in the entire Marvel Cinematic Universe, more so than with the deaths in The Avengers and Avengers: Age of Ultron, or even both films combined. There is violence, bloodshed, pain, anguish, revenge, determination and defeat, and that’s just in the first 10 minutes of the movie. 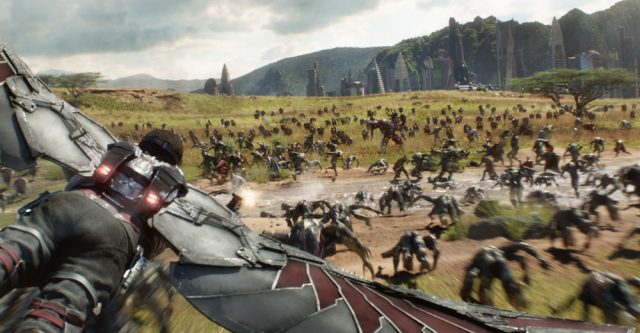 But what most audiences would not anticipate, is for the Russo brothers to also deliver one of the most heartfelt, character-defining and one of the strongest entries in the Marvel Cinematic Universe yet.

For those who do not read the comics, the premise is simple. In a past 10 years, a majority of the Marvel movies have hinted at a master villain waiting to control the universe. Aiding him in this mad quest would be the six Infinity Stones, some of the most powerful elements from Marvel Comics.

So why did Thanos finally decide to finally attack Earth, to reclaim the stones after all these years? Why has the freaky purple alien chosen now, and not before, when there were so many heroes on the planet?

Some might postulate that the conclusion of most of the 18 MCU movies has left Earth with a deficiency in the number of protectors.

The Ancient One is gone.

And so is Ego, the Celestial (and father of Peter Quill [Chris Pratt] aka StarLord). 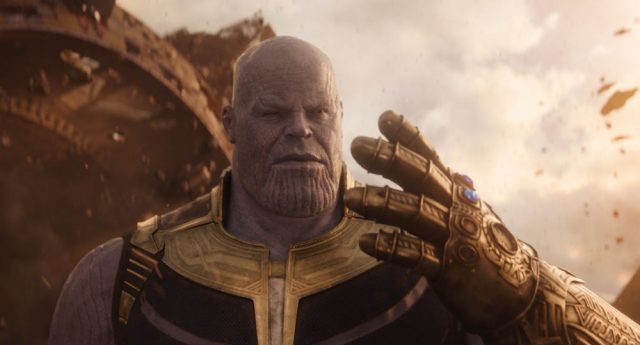 With these all-powerful characters out of the way, there is no stopping Thanos from invading Earth, or rather, to come to reclaim two of the stones that have appeared. One, the Mind Stone, belongs to the Vision (Paul Bettany), while the other, the Time Stone, belongs to Dr. Stephen Strange (Benedict Cumberbatch).

Of course, this is not just another movie about the assembling of heroes coming together to take on a massive Big Bad. Events of the last few movies have fragmented the heroes of the MCU, and Earth is the weaker for it. Captain America: Civil War has seen the split of the Avengers between Team Iron Man and Team Captain America, and now Thanos and the Black Order have very little collective resistance.

The de facto leader of the superhero community on Earth, Tony Stark (Robert Downey Jr) aka Iron Man has not really anyone else to call, even though he is still in possession of the flip phone Steve Rogers passed him at the end of Civil War.

If there’s one thing the Russo brothers know about the Marvel Cinematic Universe, it is that fans and audiences are familiar with the characters and their superpowers, as well as their characteristics. The directors waste no time in setting up the action, and splitting our heroes into three distinct groups. 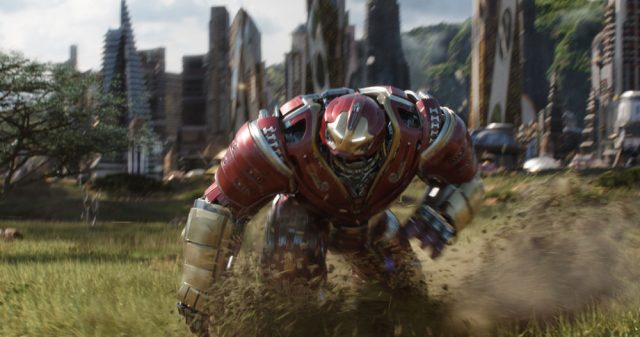 The first, led by Iron Man, take the battle to the planet Titan, home of Thanos.

A second group, led by Steve Rogers, stays on Earth to protect  Vision from being torn apart, as the Mind Stone is embedded in him.

Meanwhile, the third group led by Thor and Rocket Raccoon, along with the Guardians of the Galaxy, follow their own path, in trying to forge a new weapon.

With a movie filled with so many characters, the Russos have had no choice but to split the movie into three. Based loosely on the comic book of the same name, the film focuses a lot on Thanos, but it also ensures that no character takes front and centre in this epic masterpiece.

What the Russo brothers have done well, is that they are taking the cues the foundation set by Joss Whedon in the first Avengers movie. They take their time to look at the characters that they have to give special iconic moments to, since many in comic fandom have come a long way for this.

If you thought about it, these “team-ups” have happened in the comics, and the Russos have done their best in trying to bring these elements in the movie. Take for example, that Peter Quill is half-human, so to speak, so who is the best person he should team-up with?

Well, there’s the fact that both he and Spider-Man share similar traits, and love pop culture references, so it makes sense that the two of them would have moments together.

Audiences know that Gamora and Nebula are the daughters of Thanos, but that relationship was never explored in the first two Guardians of the Galaxy movies but here, the Russos take a closer look at that family dynamic and make it work.

By bringing together all these loose elements from the various movies done by different directors and different writers, the brothers are showing their know-how, and mixing all of these elements into a movie that incorporates everything audiences love. 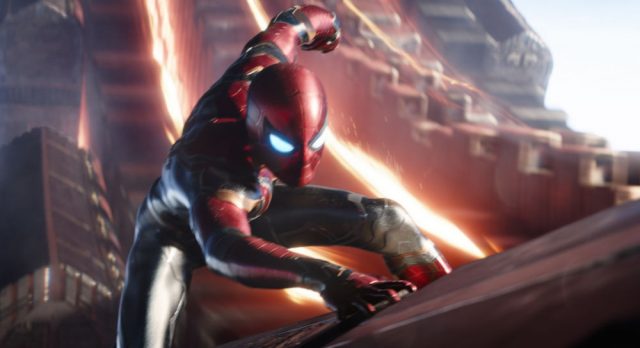 In fact, they have gone beyond the call of duty, and have even taken characters that have disappeared and brought them back in the fold, to continue the story.

But even with a runtime of two hours and 40 minutes, there are still things that the movie cannot cover. It is still a slugfest and when the third act rolls by, the question isn’t what happens in the end, but “Who died?”

Now, one of the greatest fears audiences have is what happens at the end of the movie. Well, it is everything, and nothing at all. There was only one way the movie could have ended, not by a simple death of one character or by the domination of the villain by the heroes. Audiences have seen that before, and if it’s one thing that the Russos know, is to never repeat themselves.

Without disclosing any spoilers, it is safe to surmise that the last act is a natural progression of 10 years of superhero stories.

And as the end credits roll, one can’t help but think that Infinity War discarded the entire franchise and will be moving it into a new direction.

But frankly, we just can’t wait to see what else is in store.

Like a comic book event, Avengers: Infinity War ends, but with a cliffhanger. The ending, together with the demise of characters, is a natural fit to this 10-year saga. And we cannot wait to see what’s in store. Make Mine Marvel.