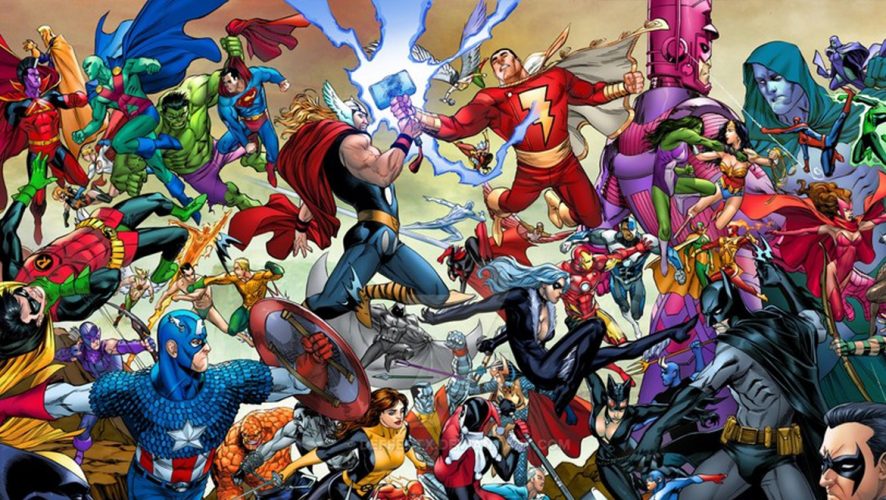 A Marvel X DC Movie Characters Crossover Like No Other!

The fifth annual crossover event for The CW’s Arrowverse is coming right up, and artist BossLogic has decided to take crossovers to a new level with his fanart series #elsebothworlds. In it, he has actors from the Marvel and DC franchises swapping their superhero duds, and well, we think these are pretty fitting match-ups and they’ve all turned out looking really amazing.

Continuing the swaps, here is @GalGadot #blackwidow, the counter will be posted later tonight 🙂 #ElseBothworlds pic.twitter.com/fNI5asB6Gv

Scarlett Johansson (Avengers, Ghost in the Shell) gets to play the Amazonian princess, and Gal Gadot (Wonder Woman, Ralph Breaks the Internet) suits up spectacularly in Black Widow’s spy ensemble. We have the ever righteous, noble duo switching things up — well, not by much, seeing how their colour schemes are remarkably similar — as Henry Cavill (Batman v Superman: Dawn of Justice, Justice League) gets to put on the star-spangled outfit of Captain America, and Chris Evans (Captain America: The Winter Soldier, Captain America: Civil War) dons the iconic red cape of Superman.

You guys wanted the #Quickswitch #billionaireboysclub next so here they are – #ElseBothworlds @RobertDowneyJr @BenAffleck #batman #ironman pic.twitter.com/0rx0j0vYM4

#Quickswitch Joker – Loki @twhiddleston @JaredLeto glad you guys have enjoyed these, the next will possibly be the last so I'll let you guys choose who ? I want to get started on some Pikachu shiz haha #ElseBothworlds pic.twitter.com/CGKep8gKb5

#Quickswitch Spider-Man – Flash #ezra @TomHolland1996 these were fun 🙂 #ElseBothworlds
Also I want to take a minute to thank all my new fans over the last week, I appreciate you. Hope you enjoy your stay! Also much love to the day ones 🙂 and a happy #Thanksgiving ? pic.twitter.com/IJiBRN8Ecs

The other one most of you guys requested #Quickswitch Cyborg – Black Panther @chadwickboseman @rehsifyar was going go go with War-Machine but this will do for now ? #ElseBothworlds

And finally, War Machine may have been a more fitting counterpart to DC’s Cyborg, but Chadwick Boseman (Marshall, Black Panther) does rock that half-robot aesthetic with a certain flair, and Wakandan royalty seems to be a good look for Ray Fisher (Justice League).

A Young Avenger is in the making.