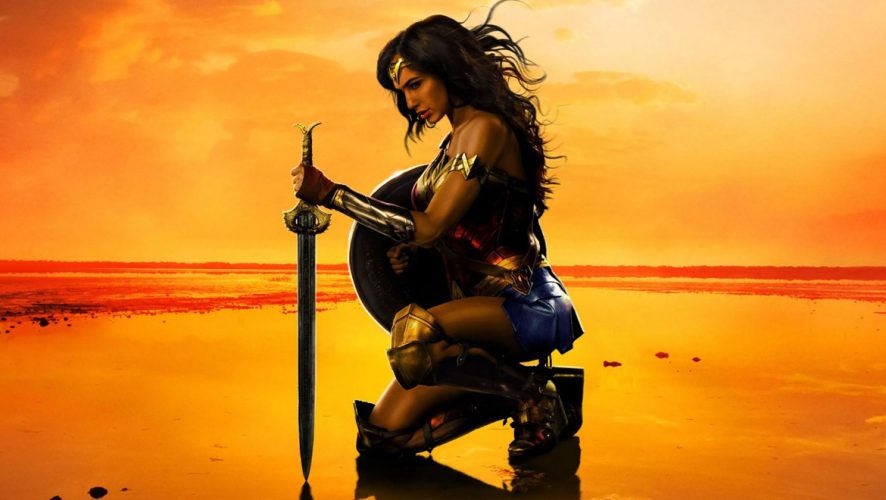 In 1978, Richard Donner didn’t just give us Superman, he gave us the superhero rescue reveal.

“You’ve got me? Who’s got you?”, asked a bewildered Lois Lane as the Man of Steel swoops up to save her from plunging to her death.

In 1989, Tim Burton simply asked a question as thugs came face to face with the Dark Knight.

In 2005, Christopher Nolan ushered in a new age of superheroes and as a new group of thugs tried to determine where the Caped Crusader came from, all the audiences remember is a terse word.

Sure, there have been other superhero films in between these, but none have ever matched these three in terms of the epic reveal – the first time where audiences get to see the big reveal. That moment where the hero tears open his shirt to reveal his costume. That epic scene where the music builds up even as a moment is being determined. That point in the film that will stay in your mind forever, as the link between hero, and their first appearance, so to speak.

Director Patty Jenkins has clearly taken inspiration from the very best, and even though she charts Diana’s growth from child to teenager to adult, it is not until you see Wonder Woman (Gal Gadot) in her full regalia for the very first time that you realised that she has built a narrative around this moment. But unlike Michael Bay who also builds his movie around large, splashy moments, Jenkins has crafted a strong narrative around the mythical Wonder Woman, such that when we see her rise from the trenches towards No Man’s LAnd, we sit back in awe of her actions and powers, and relish this as the first time we actually see the world’s most iconic female superhero grace the big screen.

It seems pretty easy to link the fact that it tooks a noted female director to bring the most famous female hero to life, but Jenkins more than just understands the female hero and her passions and driving force, she knows the need for world building. 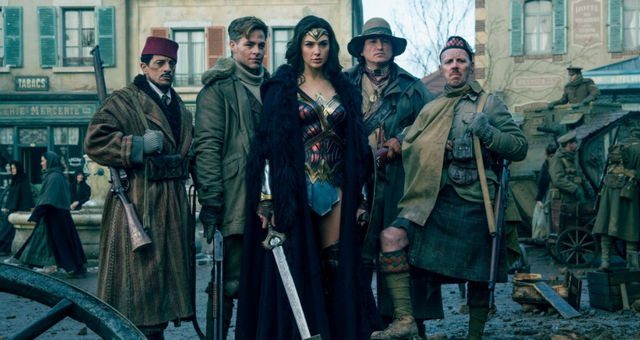 This is also made more difficult by the fact that audiences have already seen Diana in action in Batman v Superman: Dawn of Justice, so what can make us care about her background? Jenkins can, and she does. The world of Themyscira is not like Marvel’s Asgard from the movies, where we see how beautiful it is, and that is it. Jenkins might have only spent a few brief moments there, but Paradise Island is like Donner’s Krypton – there are enough details that give it a live of its own, to make us want to find out more.

By the time she saves Steve Trevor (Chris Pine), reacts to a tragedy and finds her way into man’s world, we love her enough, not for the icon that she is destined to become, but for the way she expresses her ideals and beliefs.

Gadot might have become a more familiar name due to the Fast and the Furious series, but it is her portrayal of Wonder Woman that will be forever remembered. There is no denying her beauty, but she also fills in the red boots with grace, dignity, eloquence and compassion. For those who have commented against her casting due to her lack of physical attributes or star quality, be prepared to see how a star role is being moulded in front of you.

Another thing that Jenkins gets is Diana’s relationship with Steve. Yes, they have gone from lovers to not, and back to being so, but one thing Jenkins has done is to condense 70 years of relationship and shown us why Diana and Trevor matter. In some ways, DC Comics has lost its focus on this, and Jenkins shows how a love such as this can be a good thing. Naturally, there are obstacles along the way, but the fact that she developed it into something meaningful shows the expertise in which she points the camera.

Pine and Gadot also have great chemistry, and much of the credit goes to Pine. Aside from being the roguish British spy, his charm and awkwardness while in her presence, and his ability to respect her and defer to her, shows the level of maturity in the writing, as well as his capabilities as an actor. The movie is not as dark as BvS, but neither is it as lighthearted as a Marvel movie, but there is some humour in the film and it is usually between both leads.

But like Captain America: The First Avenger, there is a lot of history to cram into one movie, and the addition of Greek Gods into the tale means that some bits get lost, and this includes the final act, where the big bad is revealed. With so few cast, the big reveal has been choreographed from the beginning and despite the focus on action and effects in the first two acts, Jenkins seemed to have let the ball slip towards the end, where the battle becomes a CGI-fest reminiscent of Batman v Superman.

But this is probably the only hiccup in an otherwise amazing film. Jenkins has taken a well known icon and developed a gripping origin story that brings us the best of Wonder Woman. She has also managed to give us the best movie in the current list of DC Extended Universe movies. It’s unfortunate that she doesn’t seem to have a role to play in the upcoming Justice League, but if interim director Joss Whedon has any sense, which he normally does, he should know that any DCEU movie will come out the better for it.

Wonder Woman is a great addition to the DC Extended Universe, and if this is the template that upcoming movies in this universe will be made from, I suddenly have newfound faith in DC. And yes, it has made me forgive Suicide Squad as well.