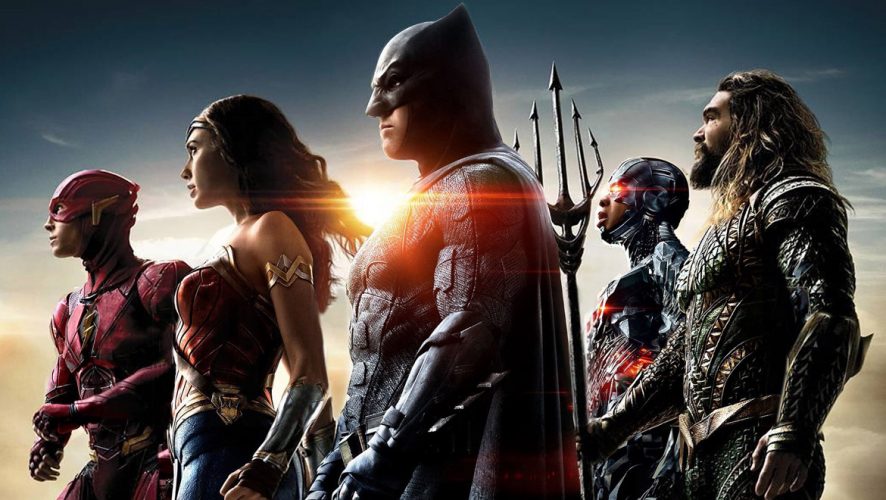 In the battle of good and evil, the Justice League were never meant to succeed.

Zack Snyder’s Man Of Steel (2013) disregarded almost 70 years of comic book history and tried to give a dark, angst ridden hero to the world. To say that it failed to take off among fans was an understatement, but it gave rise to Batman v Superman: Dawn Of Justice (2016), a stronger comic book tale that showed audiences what a bastard Batman could be.

Alas, comparisons with Marvel’s movie foray into the big screen was inevitable, and darkness lost out to the light, and by the time Suicide Squad (2016) entered the picture, audiences were ready to give up.

But yet they weren’t. Each cinematic entry grew in box-office numbers, which meant that enough people wanted to see these heroes on the big-screen. Ratings proved to be elusive, until Wonder Woman (2017) brought hope into the franchise, and Patty Jenkins grabbed the universe Snyder created, distilled away the angst and drama, and gave us a heroine that no one knew was missing. 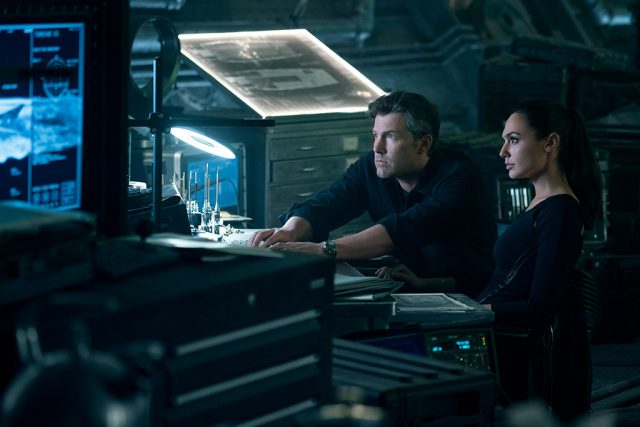 Some say that the problem was that Justice League was too far into production to be changed, but the problem has always been Snyder. Officially, he stepped away to deal with family concerns, but his departure was the new hope that this movie needed.

The end result is a Justice League movie that is very much grounded in the movies that came before, but this time filled with a grand spectacle that was missing. Bits of Snyder can still be seen, from the dark despair and guilt felt by Batman and Wonder Woman, to the sense of loss felt by the world after the death of Superman, but the movie also has a renewed sense of wonder and hope.

The provisions that DC and Warners made, to get Joss Whedon to fill in, must have been massive, but if anyone has the experience, it would be the person who set the standard on superhero team flicks.

Is the movie disjointed? You bet it is. Unlike Marvel, which had the luxury of rolling out solo films for each hero, before combining everyone into one, DC did not have the luxury. At times, the introduction of the other heroes, namely The Flash (Ezra Miller), Arthur Curry/Aquaman (Jason Momoa) and Cyborg/Vic Stone (Ray Fisher) felt too convenient, and each chapter dropped by a one-shot in a massive crossover comic event. 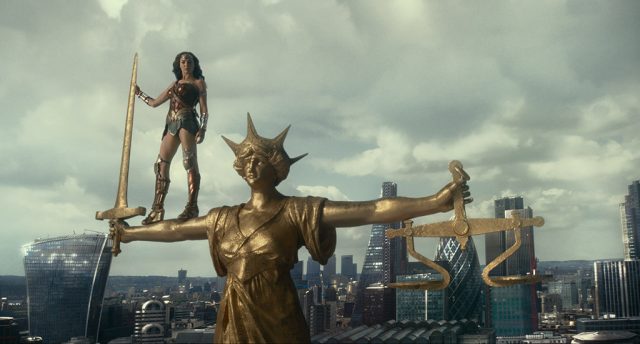 But does it matter? Anyone who has picked up the new Justice League comic from the New 52 might get a sense of deja vu even. Several familiar heroes who are unknown to each other come together to battle an alien invader supported by parademons. Was it disturbing that none of the other heroes knew Batman, or that they traded blows before saving the world?

Justice League does away with the introductions, and nails the essence of the heroes we all know and love. Batman is the mastermind that draws the team together, but Wonder Woman is the hero meant to lead. The Cyborg is the half man and machine with the knowledge of what to do, while Aquaman and The Flash are the powerhouses who have their own purposes.

There is no doubt that the success of Wonder Woman helped to further shape the role of Diana here, and it works. If you’ve ever wondered about where she disappeared to after the first World War until her appearance in BVS, it’s partially explained here. It might come as a neat little retcon as to why a person filled with heroism has been avoiding the public eye, but it’s the little touches that tell me that Whedon is trying his best to make what he can.

After Justice League, a part of me wants to see not only an Aquaman and Flash movie, but also an Aquaman and Flash team up movie. There are enough familiar elements from the comics to keep fans intrigued and wanting more. The appearance of Mera (Amber Heard) and Henry Allen (Billy Crudup) add some backstory to our two heroes, as a set-up for their future solo outings. 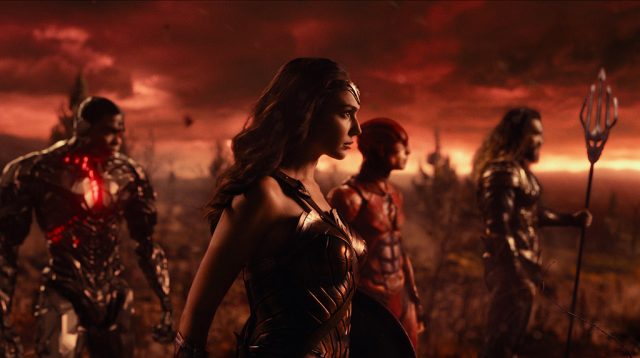 Another sense of familiarity is in the music. Danny Elfman has stepped in to do the music for this, and his first act? Give audiences the familiar. Some might point to a little ego involved, in using Elfman’s own composition for the Batman (1989) theme in this, but he also added in several samples from John Williams’ iconic Superman theme. It’s always a puzzle as to how a reboot must always rejig a famous theme, but if James Bond is any indicator, a good hero only needs one worthy theme.

So what are our heroes doing, to come together? Hmm. Let’s see. An all-powerful being from the stars has invaded Earth, and he’s collecting several powerful artifacts to bring about this change. Artifacts that he lost eons ago, but have somehow been managed to be hidden on Earth.

He then takes these powerful artifacts and puts them onto a gauntlet to reshape the world as he see….. Wait, what? Wrong movie? Oh right. There is no gauntlet. But Steppenwolf’s agenda remains the same. He wants his three Mother Boxes, which he can then use to dominate Earth. 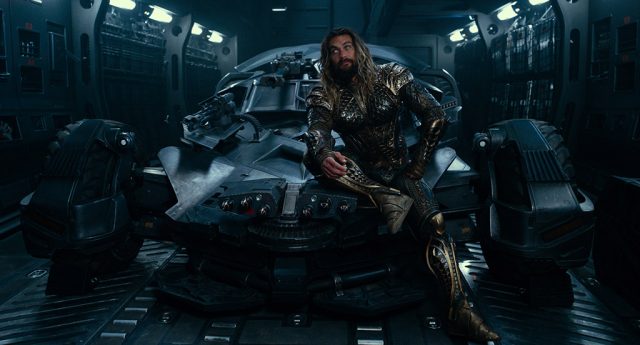 Yes, the narrative is flawed, not only because his appearance wasn’t set up and established over the course of several movies, but how do three powerful artifacts get lost, but be found on Earth? I doubt the other movie will satisfy this question either, but hey, it’s a comic book.

Whedon is also trying hard to make up for the previous outings here. The humour has been driven up several notches, and it is jarring to see Batman question his surroundings, much like the audience. Affleck has had a hard time convincing people that he’s Batman, but in this, his take is the most superheroic that I’ve seen.

Some of the humour does seem forced though, like the banter between Superman (Henry Cavill) and Cyborg, and yes, mild spoiler alert, Superman lives. I find some level of convenience in the way he is brought back, but in the comics, he was brought back through various Kryptonian technology. This time, it takes the whole Justice League, working together, to bring him back.

So which parts did Whedon reshoot? It’s not that hard to tell. The conversation between Bruce and Diana is all Whedon. The sequence between Barry and Vic in a graveyard? Why is Whedon so in love with grave digging? Oh, and the gag with Aquaman that reveals the most about a character in the shortest amount of time?

And so is the opening shot of the movie. I won’t spoil it, but this movie has some unpolished special effects, and the very first sequence, of an irregular movement of a person’s mouth, is the most jarring. 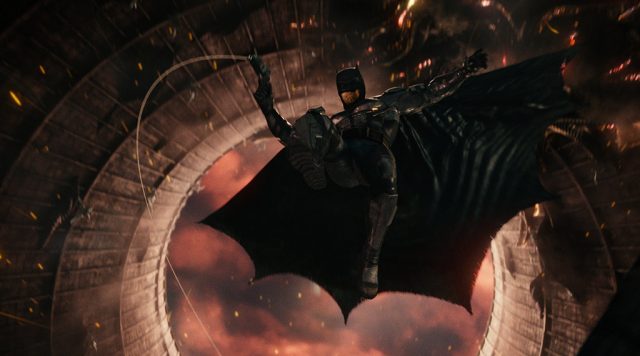 Whedon also tries to temper the whole, heroes causing destruction narrative, by placing the third act in some desolate region in the world. Again, it’s conveniently unconvincing, but if audiences want to harp on it, then he’s addressing it.

Justice League satisfies because of these small vignettes that show audiences that are at times frustrating, self-deprecating, thrilling, rousing, inspiring and emotional. It just didn’t have time to gel it all into one structured narrative. But comic books are not about an extended narrative. Sometimes, it’s about that one scene that stands out, of Batman punching Superman, of Wonder Woman crossing No Man’s Land, of seeing the World’s Greatest Heroes take down an alien world beater.

Once the movie is over, do stay for the two post credit scenes. I know Marvel paved the way for such scenes, but DC/Warner has taken it, and made it their own. Both final scenes are arguably the best post-credit scenes ever filmed. The first is a depiction of a long-running question that comic fans have had for over 50 years, while the second serves as a teaser of what’s to come, with a cameo that will make fans gush.

It’s not only a masterful stroke, it’s one to end all others.

Batman is old, Wonder Woman is energised, and Superman lives. This movie isn’t about them beating Steppenwolf – it’s about the formation of the Justice League and it makes me want to see more movies with these characters.