Which Streaming Service For Superhero Fans? Disney+ And HBO Max Is Your First Stop

We have grown up watching superheroes fight bad guys and serve justice. Now, we’re watching streaming services fight it out and go head to head to be the better service platform. There are so many, probably even too many streaming services right now – and boy are we feeling slightly overwhelmed.

HBO has had numerous launches like HBO Go, HBO NOW, its latest US only launch HBO Max. Disney, on the other hand, has the one – Disney+. Both HBO Max and Disney+ feature an array of Superhero content and if you need extra help with deciding which of the two to subscribe to – here’s an easy breakdown for you.

Are You A DC Or A Marvel Fan?

For the DC Fan

HBO Max, being owned by Warner Bros., has a long list of DC films and animated series. From the latest releases like Joker, Shazam! and Aquaman to 1978 Superman, you can binge-watch all your favourite DC superhero films at one go. DC Universe‘s latest release Doom Patrol and fan favourite Harley Quinn animated series are also being brought onto HBO Max. Whilst these are the only series from DC Universe that Warner Bros. is bringing onto HBO Max for now, it would appear that more DC Universe content might make it to HBO Max eventually.

Till then, fans of Titans will have to stick to watching it from DC Universe or find other streaming services like *cough* Netflix. With HBO Max being a recent launch, the platform has promised new content on the way including a brand new series on Gotham City Police Department, Aquaman: King of Atlantis, a Green Lantern series and a comedy series in development titled DC Super Hero High.

Bonus: HBO Max has Marvel content too such as Blade and X-Men: Dark Pheonix – albeit it’s significantly lesser than the DC content.

For the Marvel Fan

If you’re a Marvel fan, then Disney+ is the way to go. Disney owns Marvel now and so the House of Mouse is A House of Marvel too. With Disney+, you can watch all the Avengers movies and the solo movies of each Avenger too! With Marvel phase 4 in motion since the release of Black Widow, Disney+ will be releasing brand new TV shows that have been very much anticipated. Some of the TV shows include WandaVision, The Falcon and The Winter Soldier and Loki.

Maybe you love both DC and Marvel equally, don’t really have a preference or are just price-conscious? Then Disney+ might be up your alley.

HBO Max currently holds more superhero content (61) versus Disney+ who has 57. But for US$6.99 a month, Disney+ is definitely much more affordable as compared to HBO Max’s whopping US$14.99 monthly subscription. If getting what costs less damage on your pocket matters to you, Disney+ is the best option.

Ok, But Which Has More Value?

The great thing about HBO Max and Disney+ is that both streaming platforms houses numerous films and TV shows. That way, viewers are not limited to the superhero genre.

Disney+ subscribers can access most of Disney’s old content such as That’s So Raven, Lizzie McGuire, Kim Possible, High School Musical and more. Fans of other Disney franchises can also benefit from the Disney+ subscription. Star Wars fans can catch all the films (yes even The Rise Of Skywalker) and TV shows including The Mandalorian and The Clone Wars too.

Likewise, HBO Max has an extensive list of family films, horror films, sci-fi, musicals and comedies. Of which include the likes of Madagascar, 6 of the Nightmare on Elm Street franchise films, Ad Astra, Big Momma’s House and all of four versions of A Star Is Born from Kathleen Crowley in 1951 to Lady Gaga in 2018. It also helms HBO Originals like Game of Thrones, Euphoria, Westworld and Watchmen.

If you grew up on Disney content, Disney+ would definitely earn a special place in your heart. The availability of old TV shows and films at your fingertips is very valuable too. This is especially since these old Disney content can bring back so much nostalgia and memories from childhood – it’s impossible to put a price to that. Its majority family-friendly content means you can watch it to reminisce, watch it with your kids or little nieces and nephews or hang back with your folks for family movie nights.

HBO Max still has a range meant for kids like Spongebob Squarepants and Scooby-Doo for the kids, but no one else does kids and family like Disney does. On the other hand, HBO Max has more adult content that would meet the interests of young adults and older viewers more. From action, politics, wars, sex and drugs, and the scariest that horror has to offer, HBO Max would be of more value to those who are looking for a good movie or TV series to dive deep into and critically analyse, enjoy darker themes, or put on movie night – but this time with the gang.

Sharing accounts with the people you live with or splitting subscription fees among friends are common these days. If you have intentions to share accounts here’s all we know about it.

Disney+’s subscriber agreement allows up to four concurrent streams are allowed for each Disney+ account at any time. You can also create up to seven user profiles.

HBO Max can be streamed on up to three different devices simultaneously.

Disney+ is available in the following countries outside of the US: Canada, the Netherlands, Australia, New Zealand, Puerto Rico, Austria, Germany, Ireland, Italy, France, Spain, Switzerland, India, and the United Kingdom.

HBO Max is currently available in the United Kingdom and select countries in Europe (including Spain, Germany and Italy). For folks in Asia, they can get most but not the full library of HBO Max content on HBO GO.

If you aren’t based on any of these countries, our big advice is to look into ExpressVPN. This is one of the best VPNs in service as it has a consistent high-speed and stable connection, unlimited bandwidth, complete privacy, as well as a relatively low monthly subscription of US$12.95/month or US$6.67/month.

Aside from ExpressVPN, check out our handy guide to some of the other top VPN services around if you need more options.

There you have it, our overall breakdown of both Disney+ and HBO Max. Whilst it may seem like a simple choice for superhero fans, there are plenty of other factors to consider. Your chosen platform should be the one you feel you’re getting the most out of in terms of value for money and a content library that you genuinely enjoy. 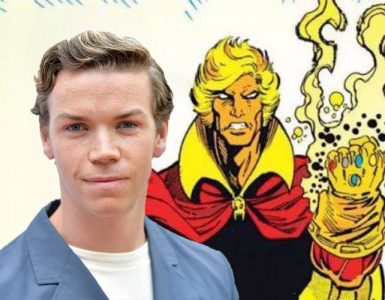