Zoinks! Scooby-Doo and the Mystery Inc. are back in 2020, not just in the upcoming animated origin movie Scoob!, but also in an all-new board game.

Betrayal at Mystery Mansion by Avalon Hill is the Scooby-Doo version of the original Betrayal at House on the Hill, which involves 3 – 5 players investigating an eerie, derelict mansion. The catch here is that, instead of playing as any Tom, Dick and Harry, players will fill in the roles of the iconic Mystery Inc., which comprises of Scooby, Shaggy, Fred, Daphne and Velma.

The twist comes halfway during the game, where a Haunt will take place. One player could end up as the Monster, but must conduct their villainous actions in secret against the rest of the group. It is then the group’s onus to deduce who among them is the Monster and unmask them before the Monster gets away.

Betrayal at Mystery Mansion will be the fourth game in the Betrayal series of board games, with the first game having been launched in 2004. Since then, the popular tabletop game has spawned a second edition in 2010, and multiple spinoffs including the Dungeons & Dragons-themed Betrayal at Baldur’s Gate in 2017, and a Legacy version of the game in 2018.

Betrayal at Mystery Mansion will hit stores on 15 May 2020, which will coincide with the theatrical release of Scoob!. 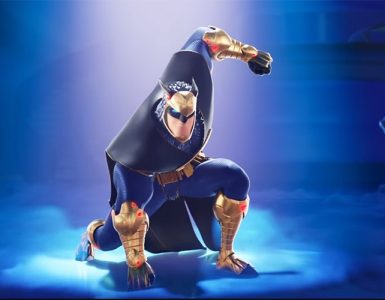 The Hanna-Barbera universe is back!