It seems the future of the Marvel Cinematic Universe lies in Disney+, at least for the next few years, as Disney has announced that Marvel Studios will be releasing 10 Marvel TV shows for Disney+.

The Falcon and The Winter Soldier was originally supposed to begin Marvel’s slate of TV shows though that has since been delayed, with WandaVision due to become the first MCU Disney+ instead in January 2021. Other Marvel shows that are in various stages in development include Loki, Hawkeye, and Ms. Marvel, with production for Moon Knight and She-Hulk expected to begin in early 2021.

Assuming the 10 Marvel shows that will be releasing on Disney+ includes the seven live-action shows mentioned above and the animated What If…? series, that will mean there are still two shows that Marvel and Disney have yet to announce.

It is no secret that Disney+ will play a major role in the MCU’s Phase 4, with shows that will continue the MCU’s canon and tie into upcoming films released on the streaming platform. Thus it is hardly a surprise to fans that more will be coming our way.

With so many Marvel shows coming to Disney+, it is certainly great that the streaming platform will be coming to Singapore in February 2021. 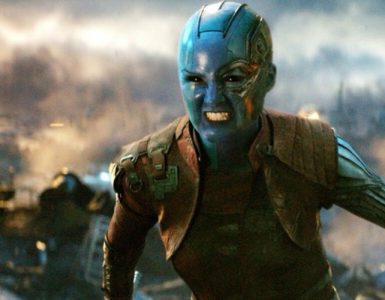 Another Guardian is back to accompany the mighty Thor on his adventures.