Another Crazy Rich Asian star might be joining the Marvel Cinematic Universe once again, as Michelle Yeoh is reportedly in talks to join Marvel Studio’s upcoming Shang-Chi and the Legend of the Ten Rings.

More details on the character Yeoh could be playing is still kept tightly under wraps.

If Yeoh does indeed join Shang-Chi and the Legend of the Ten Rings, she will be joined by Tony Leung who plays the Mandarin, and Simu Liu as the titular Shang-Chi. Kevin Feige has stated that 98% of the cast of Shang-Chi will be comprised of Asian actors.

First introduced in Special Marvel Edition #15 in December 1973, Shang-Chi is often referred to as the “Master of Kung Fu” and is known to be proficient in numerous styles of martial arts, both unarmed and weaponry-based such as the jian, and nunchucks.

The film will be directed by Destin Daniel Cretton, with a script written by David Callaham. It will be released in theatres on 12 February 2021. 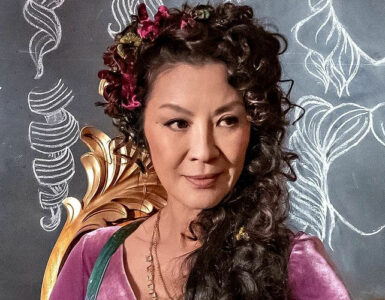 Yeoh takes on another major project yet again!