As the superhero fever winds down a little on the silver screen (at least, until Black Panther: Wakanda Forever rolls around later this year), She-Hulk: Attorney at Law has taken the lead, gracing Disney+ users with its wit, tongue-in-cheek moments, and big-name cameos. These two titles would conclude the ongoing Phase 4 of the Marvel Cinematic Universe to set the stage for Phase 5 and 6, which will kick off with the Secret Invasion series in Spring 2023.

But even as Marvel has shared its plans for the future, there are plenty of other comic works that are waiting for their time to shine outside of panels and frames. One of them of course, is the upcoming debut of Marvel’s band of merry mutants — the X-Men, and the entire roster of heroes and villains associated with one of the more popular superhero groups in Marvel Comics.

With the schedule for Phase 7 and beyond still up in the air, here are 10 well-known comic storylines that we hope will eventually head over to the MCU or Disney+.

Brought to life by writer Keith Gifffen and editor Andy Schmidt in 2006, Annihilation featured a crossover storyline that spanned 29 issues, two years, and eight different series. While the seeds were planted with the closing arc of the Thanos: Redemption and Drax the Destroyer mini-series, it was the one-shot issue of Annihilation: Prologue and side stories revolving around the characters of Nova, Silver Surfer, Super-Skrull, and Ronan the Accuser that marked the arrival of the Annihilation Wave.

The event very nearly took over the entire Marvel Universe as Annihilus, ruler of the Negative Zone, destroyed everything in its path in its quest to master the Power Cosmic – a vast source of limitless, godly energy. To prevent the, well, annihilation of the universe, both allies and enemies alike banded together to fight against Annihilus and its army, before Nova brought the latter to a brutal end by literally ripping it apart from inside out. Some of the notable characters here, apart from the ones mentioned earlier, include Thanos, Drax the Destroyer, Star-Lord, and Galactus.

Now, imagine this epic intergalactic team-up on the big screen – that’d most certainly be a sight to behold.

The Devourer of Worlds actually had some screen time in 20th Century Fox’s Fantastic Four: Rise of the Silver Surfer, but it wasn’t in a form that most would have expected. Instead of being the fearsome, all-powerful presence that it was in the comics, Galactus was turned into a, uh, space cloud in the 2007 film, depriving viewers of the chance to see the cosmic entity wreak havoc on its opponents.

Another shot at adapting ‘The Coming of Galactus’ storyline would serve as a good opportunity to reintroduce Galactus in proper form, especially since the character is credited with breaking away from the archetypal mould of supervillains during the Silver Age of comic books. Justice for Galactus! Hey, if the MCU can introduce the Celestials, surely Galactus deserves something as bigger to mark his debut.

The Hulk movies are largely considered to be the weakest in the MCU line-up, but an adaptation of Planet Hulk may just give the superhero the boost it needs. Considered to be the best Hulk storyline ever, it brings the hulking Avenger to a planet where he can’t harm anyone – a decision made by members of the Illuminati, which includes Iron Man and Fantastic Four’s Mr Fantastic.

This course of action would later pave the way for Hulk’s climb from slave to warrior, as he succeeds in his conquest of war-torn planet Sakaar – yes, the same one introduced in Thor: Ragnarok – and returns to Earth to take his revenge. Given how recent portrayals of Hulk have put him in a positive, gentler light (not that it’s a bad thing), bringing back the angry, hulking menace to unleash utter hell on his opponents should make for an exciting watch.

If you watched the second episode of She-Hulk: Attorney at Law, you would learn that Bruce/Hulk is on his back to Sakaar for some unfinished business. Given that the Hulk has a son, Skaar, from his time on Sakaar in the comics, maybe the reason why the folks from the other end of the universe came all the way to Earth is to unite father and son.

An extended X-Men storyline that focused on Jean Grey and the Phoenix Force, The Dark Phoenix Saga served as the inspiration for X-Men: The Last Stand (2006) and 2019’s Dark Phoenix, both of which saw the mutant taking on the villainous alter ego of the Dark Phoenix. It’s extremely unfortunate that they both ended up being cited as two of the worst films in the X-Men series, because the original work by writer Chris Claremont and artist John Bryne is widely considered to be a modern masterpiece.

The iconic arc most certainly deserves a redemption, and the MCU presents an opportunity for a proper film adaptation. The mutants have barely made their presence in the current MCU, so this could culminate into something amazon. Third time’s the charm, maybe?

If an out-of-control Scarlet Witch, an altered fabric of reality, and the recreation of lost children sound familiar, it’s because Disney+’s WandaVision is a repackaging of the House of M storyline. Magneto, the Scarlet Witch, and Quicksilver play major roles in the comic series, which features a crossover between the X-Men and New Avengers that spans multiple worlds and constructed realities.

The latter is subsequently revealed to be the result of the Scarlet Witch and Charles Xavier combining their powers, who seek to fulfill the desires of the two superhero groups. The path to hell, however, is paved with good intentions – Magneto ends up having his heart’s wishes multiplied threefold, leading to an epic showdown between the good and evil, and the reduction of the mutant population from millions to hundreds. With MCU setting the stage for the New Avengers, it would be an opportune moment to bring the massive arc to the silver screen.

The prospect of a spin-off based on the Dark Reign storyline is nothing short of appealing, simply because it follows the villains’ perspective. Not a specific comic book event or story, it was a rebranding that deals with the aftermath of the Secret Invasion storyline, and sees Norman Osborn rising to national power. And part of what he did was take a bunch of villains, and position them as New Avengers, and the only he could have done so, is because of the Thunderbolts, which we already know, will conclude Phase 5.

It’s an interesting dynamic to explore, with the alternate take possibly showing how the antagonists have made themselves out to be heroes in the public eye, which is a fresh breath of air from the conventional superhero narrative. Besides, it seems the MCU might be building to a similar chain of events, with characters like Agatha Harkness, Abomination, and Swordsman serving as dark reflections of Scarlet Witch, Hulk, and Hawkeye respectively.

The Avengers and the X-Men don’t have the friendliest working relationship, becoming allies at times, and enemies on other occasions. The Avengers vs X-Men storyline is the highest profile showdown to date, making it especially apt for an adaptation – and not just because of the sheer amount of high-octane action.

The original 12-issue series sees the two groups come into conflict over their treatment and handling of the Phoenix Force, where some of the X-Men members took on the elemental force to turn the tide of battle. Bringing it to the big screen could allow for the Dark Phoenix Saga to unfold in a different way, and breathe life into some classic pairings, such as Hulk vs Wolverine or Rogue vs Captain Marvel. Think Captain America: Civil War, but on a much bigger scale.

The Superior Spider-Man offers an interesting premise: what happens if Peter Parker met his demise, and one of his enemies took over the mantle? The answer is a story of redemption, led by none other than Otto Octavius, who decides to accept the responsibility after he swaps consciousness with his nemesis, and becomes inspired by the latter’s dying wish. Eventually, he becomes a better Spider-Man than his predecessor ever was.

It’s not just the character himself who got redeemed, though. The series was initially criticised for killing Peter Parker off, but managed to win over both fans and critics alike with its smart writing and fresh approach. It comes at a good time as well, especially with Alfred Molino’s excellent return-to-form as Doc Oct in Spider-Man: No Way Home surfacing the villain’s human side.

The character of Apocalypse should be a familiar face for those who caught the 2016 film X-Men: Apocalypse, but its comic counterpart, Age of Apocalypse, features a different series of events. The storyline starts with Legion, a psychotic mutant on Earth and son of Professor Charles Xavier, travelling back in time to kill Magneto, only to end up in the timeline where the pair are still friends.

Xavier dies trying to protect his brother-in-arms and Legion vanishes, leading to the creation of a new timeline. Apocalypse then chooses this moment to begin his conquest 10 years earlier than in the original timeline, resulting in him taking control of Earth and altering everything that happened from that point in time, before the timeline was ultimately undone. Translate all of that into a proper adaptation, and fans will not only get to revisit Xavier and Magento’s camaraderie, but also witness the latter’s battle prowess while on the side of the good guys.

A company-wide crossover centred on the Avengers and Fantastic Four, Acts of Vengeance pits a wide array of supervillains against heroes they have never met, leading to some unusual and unexpected match-ups. Loki, wanting to strike back at Thor, is the mastermind behind the plan, disguising himself as a mysterious stranger and coercing Doctor Doom, the Mandarin, Magneto, the Red Skull, the Kingpin, and the Wizard to join forces in a conspiracy to destroy the Avengers.

What’s interesting here is that the arc doesn’t only feature the good-versus-evil showdowns, but also confrontations between the master villains themselves, including Magento and Red Skull. We’ve already seen heroes vs villains, and heroes vs. heroes, so why not a live-action retelling of MCU’s villains vs villains? Of course, Marvel has to stop killing off its villains first for this to happen.

But imagine all that fighting action take place on a screen — it would certainly be epic, especially given the sheer power reserve that these superpowered individuals possess.

The world of Marvel Comics is extremely vast, leaving a lot of room for narrative adaptation and exploration on both the big and small screen. Some of the most popular storylines, such as The Winter Soldier and Infinity War, have received positive reception, which proves that there’s some extent of success with the MCU formula.

One thing’s for certain, though: the legacy of superhero stories, despite the fatigue that might have set in, is here to stay – and for a long, long time to boot. 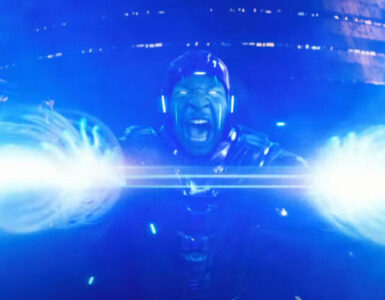 All You Need To Know About ‘Ant-Man and the Wasp: Quantumania’

This next Marvel movie is primed for bigger things.