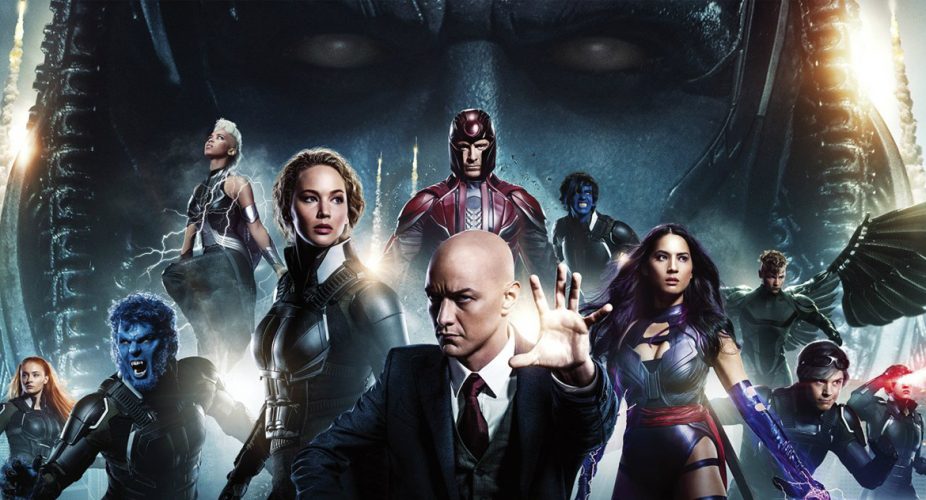 With X-Men: Days of Future Past, director Bryan Singer returned to the film series he began in 2000 and was immediately greeted with a rather large problem. Untangle the mess of timeline issues that the later sequels, prequels and spin-offs had caused. A tough task. While the film juggled timelines and brought back the older ‘original’ characters, the film was set in its ways about continuing the story of the younger versions that were introduced in X-Men: First Class.

X-Men: Apocalypse continues this new reset timeline as we find the characters in the 1980’s, a decade since the Washington, D.C. incident exposed mutants to the world. Since then Charles Xavier has created a safe environment for his students at his special school and has just enrolled Scott Summers in order to help him control his newly discovered powers. Jean Grey is also a student there, and just like Scott, she is also struggling with her abilities. On the other side of things, there is the bad/good/bad/good Magneto hiding in Poland, trying to keep a low-profile to protect his family. Mystique, on the other hand, is out and about racking up those flyer miles by traveling around the globe looking to free enslaved mutants. One such mutant is Nightcrawler.

This time around Nightcrawler gets plenty of screen time, not just a cameo role as we saw in X2. He is the go to guy if you need to get in and out of somewhere. A friendly teleport station if you like. He also gets to rock a cool Thriller jacket too. No dancing though. Any moonwalking is strictly reserved for another character in the film. No joke. 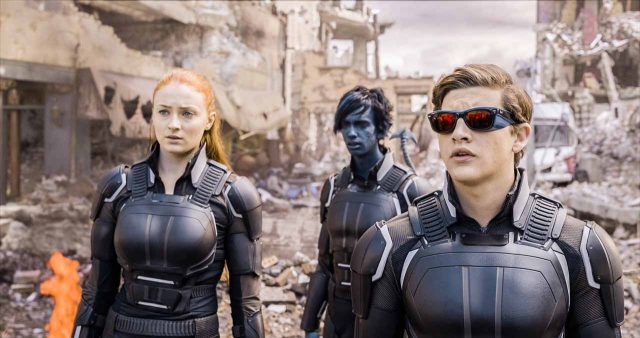 When En Sabah Nur (Apocalypse) is brought back to life and freed he learns about this new world he has been born into and immediately hatches a plan to rule the world by destroying everything. A nice simple plan. The first part of that plan is to recruit his Four Horseman. Psylocke, Storm, Archangel and eventually Magneto (bad again then – sigh) are brought together and using their combined powers they disarm nations (Superman would be proud!) and begin the destruction of humanity. This leaves Mystique and Beast to rally the young recruits to battle this formidable enemy.

One aspect of the previous X-Men films is that there has never been a really good ‘big bad’ for the superheroes to fight. The villain piece usually falls upon Magneto and his disillusionment with people in general. Whether it was the McKellen or Fassbender version, Magneto was always an interesting villain (when he wasn’t trying to be good) and his relationship with Charles an interesting one. Yes Charles, we know he has good in him! With X-Men: Apocalypse we finally have a big name villain from the comic books show up. However, Apocalypse is not really the big bad we wanted as he spends most of the time standing around talking about his plans and killing a few random people here and there. You just don’t feel any menace from him. He just comes across as just another mutant, but he is meant to be THE mutant and it’s not really shown that way. The Four Horsemen are underused too, with them spending too much on the sideline and only shining towards the end of the 150 minute long film. 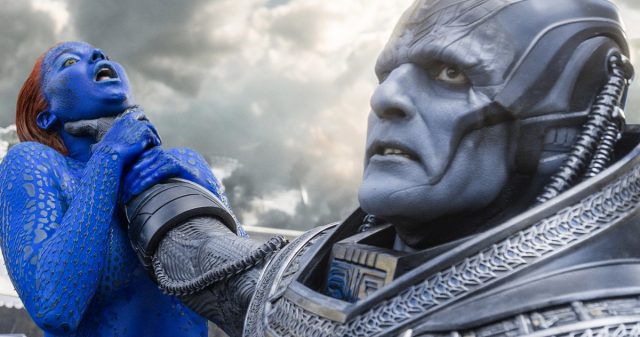 Major plus points go to the film for finally bringing us the classic X-Men teaming of Jean Grey, Nightcrawler, and Scott Summers. These three are later joined by Quicksilver, who steals the show. Again. To Eurythmics. It is a stunning scene that outdoes his introduction in the previous film and turns it up several notches. It really puts the Marvel version to shame. Amazing really. You know, Fox and all…

This X-Men film is also the most violent in the series so far, flesh is cut, bones are broken and blood is most definitely shed. While it is not Deadpool levels of violence, it sure is surprising for an X-Men film. Most of the bloodshed happens during a scene where we are introduced to a well known character that in this timeline has only just begun his path of being awesome.

The direction from Singer is streamlined to say the least. Nothing flabby on display here considering the lengthy run time. (Zack Synder, please take lessons) You never feel anything is dragging and everything is pretty much straight to the point. The effects work is good in general with only a couple of cheap looking shots that happen early on when Apocalypse melts a man into a wall. The script gets the job done but doesn’t really give Fassbender much to do apart from when he’s with his family early on. Some fare even worse such Olivia Munn. Looks pretty. Hardly says anything. Probably for the best though… 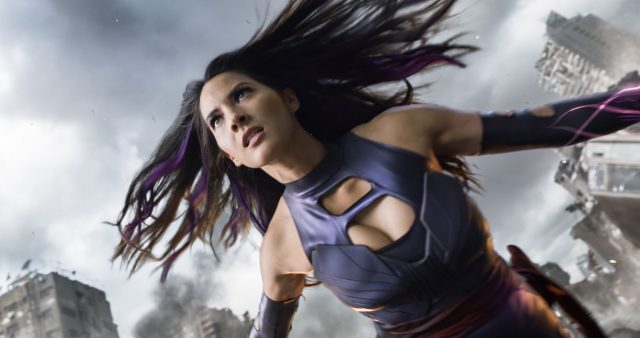 Overall, X-Men: Apocalypse is great but it comes up a little short. The action is there, the effects are great and the throwbacks to the previous films work well to mold a compelling story. What holds it back unfortunately is the villain of the piece. Maybe next time. Mr Sinister anyone? X-Men: Apocalypse isn’t the best of what the franchise can offer, but it’s way better than X-Men: Last Stand, the Wolverine films and Days of Future Past. Don’t let the strangely hostile reviews from the States and the UK put you off. This is a solid superhero film. Just be glad it wasn’t a Fantastic Four type dud.

Go watch X-Men: Apocalypse. It’s great. Not the best in the series but considering Fox’s track record it feels like a win.