If the mouse is the proverbial sword of any gamer, then the keyboard is the shield. However, you could say having a good keyboard is arguably the more essential peripheral to complete your gaming rig.

Mechanical keyboards, to be specific, are the way to go for anyone who’s looking to perform well in most competitive games, especially FPS titles like Overwatch, Valorant and Rainbow Six: Siege, or even MOBAs such as League of Legends or Dota 2. Factually, mechanical switches deliver more precise key presses, which could potentially be the deciding factor between victory and defeat in these games.

Furthermore, most of the keyboards you will see on this list will sport a tenkeyless (TKL) design, meaning they will come without a numpad. For the uninitiated, TKL keyboards are the most commonly-used keyboard shape for gaming. Their reduced shape provides more space on the desktop, which is great especially for players who like to use broad swipes while gaming and want a little more freedom on the table to be able to do so.

That said, we’ll still include some full-sized offerings here, which are great for those who play MMORPGs such as World of Warcraft and Final Fantasy XIV, and want every single button available to them to be able to record macros to their heart’s content.

As such, our recommendations below are for the top mechanical gaming keyboards players can get their hands on (without having to put considerable strain on their wallets… too much). If you’re looking for other gaming peripherals, you can check out our list of top gaming headsets too while you’re at it.

Kicking off this list is one of the more solid budget options out there for just about any gamer. Despite its price, the Cooler Master CK550 might even give some of its pricier counterparts a run for their money simply because of the sheer no-frills value it offers.

It comes with Gateron mechanical switches, which are typically lighter and cheaper in the market, but still get the job done in just about any game. It comes with per-key RGB customisation for a little bit of flexibility, with lighting and macros being able to be switched on the fly rather easily with a simple button combo. Furthermore, it’s actually really durable thanks to a brushed aluminum chassis.

Another solid budget TKL option, the HyperX Alloy FPS Pro is, as the name suggests, designed primarily for FPS players in mind. Sporting an understated design with an equally understated RGB lighting that lets players focus on the game at hand, this keyboard is arguably the most stealthy keyboard on this list. Its Cherry MX switches are pro-grade and, like most of the keyboards on this list, it also comes with 100% anti-ghosting and N-key rollover, which ensure play isn’t hampered with misplaced key presses.

Here’s something a little closer to home. Singaporean brand Tempest has been making waves gradually in recent years with its solid mechanical keyboards, and the Kirin v2 continues that standard. An upgrade from the 2019 model, this wireless keyboard sports hot-swappable Cherry MX switches for precise key presses, as well as doubleshot PBT keycaps for a good bit of longevity.

One downside the Kirin has compared to the rest of the entries on this list is that it doesn’t come with reprogrammable keys as it lacks the software to be able to do so. As such, it’s one of the more affordable ones here, which is still great for gamers on a budget.

The ASUS ROG Strix Scope TKL Deluxe ranks among one of the best gaming keyboards specifically for FPS gamers. This is primarily because it sports an enlarged Ctrl key, which allows for much fewer mistakes when attempting to press it constantly as it is usually one of the harder keys to reach in general.

Furthermore, unlike most of the other offerings here, it also has really solid utility features that make it a great option to consider, including a stealth key that instantly mutes your PC’s volume and minimises all programs at just a press, as well as an always-handy magnetic wrist wrest for extra comfort.

This keyboard is a curious option, and one that is for a really acquired taste. The Chinese-made Ducky One 2 SF sports the unique feature of being the tiniest keyboard on this list, with the “SF” standing for sixty-five, owing to its 65% keyboard design. Despite its incredibly petite form factor, it sports full-size keys that come with PBT doubleshot keycaps, and Cherry MX switches to make it a viable option for competitive gamers. In fact, its size makes it ideal for FPS gamers as it reduces the most space on the desktop.

That said, the Ducky One 2 SF also works for other games, and even for non-gaming scenarios, as it still comes with most other functions one finds on a TKL keyboard, with the help of button combos. For those that can make the most out of this tiny beast, the Ducky One 2 SF could even outperform the other entries here.

Razer has constantly performed at the top level with its gaming keyboards. The Razer Huntsman TE is specifically designed for esports, though it can certainly perform well outside of gaming. Armed with Razer’s new proprietary Linear Optical Switches, key presses on this keyboard are reduced to a 1.0mm actuation point, which is essentially the speed of light, and allows for the most clutch of plays.

It also comes with doubleshot PBT keycaps to be able to withstand a ton of punishment from even the most intense of key presses.

Logitech is another name long associated with top-notch gaming peripherals. Its G Pro X mechanical keyboard is among the best in the market, utilising the company’s version of Cherry MX switches — the hot-swappable GX switches. Whether you’re using the Blues (clicky), Reds (Linear), or Browns (Tactile), these switches have ultra-fast actuation points that make gaming an absolute breeze.

The first full-size offering on this list comes from none other than Razer. While it is admittedly one of the more pricey options here, it comes with a good chunk of utility that justifies its price (actually, don’t be intimidated by the price too much, as it goes on sale quite often these days, being a 2018 model).

Anyway, it comes with Razer’s own mechanical switches (clicky Greens, tactile Oranges, and linear Yellows), which perform decently in just about any game. Additionally, it comes with hybrid on-board memory and is designed to sync with the Razer Synapse companion app for a great deal of customisation. Also, who doesn’t love a keyboard that comes with a wrist rest right out of the box?

The Logitech G915 is the most premium offering on this list, and for good reason. Don’t be fooled by its ultra-slim form factor — this aluminum alloy chassis is made to withstand tons of punishment, and can last for many years to that end. Despite its tough exterior, it’s actually quite lightweight, which makes it surprisingly easy to carry around for a full-size board.

Like all Logitech G keyboards these days, it comes with Logitech’s GX switches for a good amount of precision when playing just about any game. Additionally, it has dedicated media keys, a volume roller, and dedicated macro G keys that can be programmed on the G HUB companion app for extra customisability.

Rounding off this list is the tiniest offering here – the Razer Huntsman Mini. Razer has punched above its weight with its first 60% mechanical keyboard, despite the multitude of quality full-sized and TKL options under its belt. Armed with Razer’s own doubleshot PBT keycaps, solid hybrid optical purple/red switches, and a ton of alternate utility keys, this tiny beast is a must-have if you’re an avid FPS player. 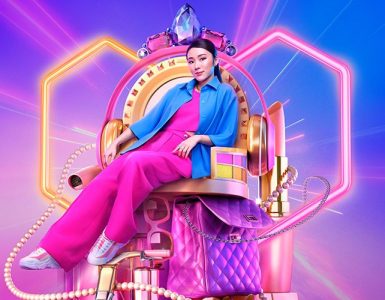 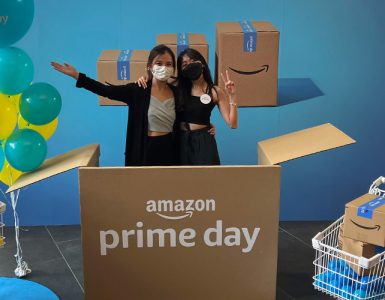