One of pop culture’s most iconic duo is back and they’re bringing their antics to the Big Apple! Tom & Jerry are getting a big-screen comeback with an upcoming live-action and animated hybrid movie.

As per the trailer, the movie sees the enemies bringing their 80 years long rivalry to a hotel in New York City where a major wedding is about to happen. Cartoon violence ensues as Tom comes up with numerous ways of capturing Jerry, only to fail most times.

Some scenes are familiar to what we would’ve seen in the short cartoons – like Jerry swallowing down whole olives or slamming a window shut on Tom. The trailer is definitely a modern take with new schemes, but the nostalgia surely stays.

Moretz plays an event planner named Kayla who is tasked to see through the wedding and rid of the pesky mouse situation. Pena plays a hotel manager and Ken Jeong is seen as a chef. The cat and mouse must later learn to be amicable frienemies and work with Kayla as they realise the hotel’s staff growing actively hostile and are working against all three of them.

With a rivalry 80 years in the making, seeing the duo work together instead of against each other, will be an interesting watch and a step forward for the pair.

Tom & Jerry will be the first theatrically-released movie in nearly three decades, after the 1992 Tom and Jerry: The Movie. Prior to that, the pair has had a long history of projects and first shorts dating back to 1940. To date, there are 164 animated shorts surrounding the duo.

Tom & Jerry is currently scheduled to be released on 5 March 2021. 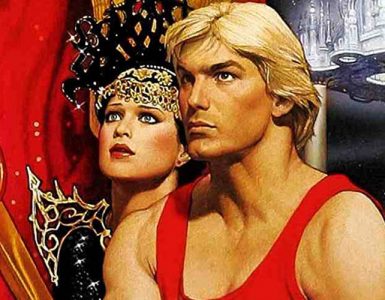 Taika Waititi is completing the script for the Flash Gordon live-action reboot.