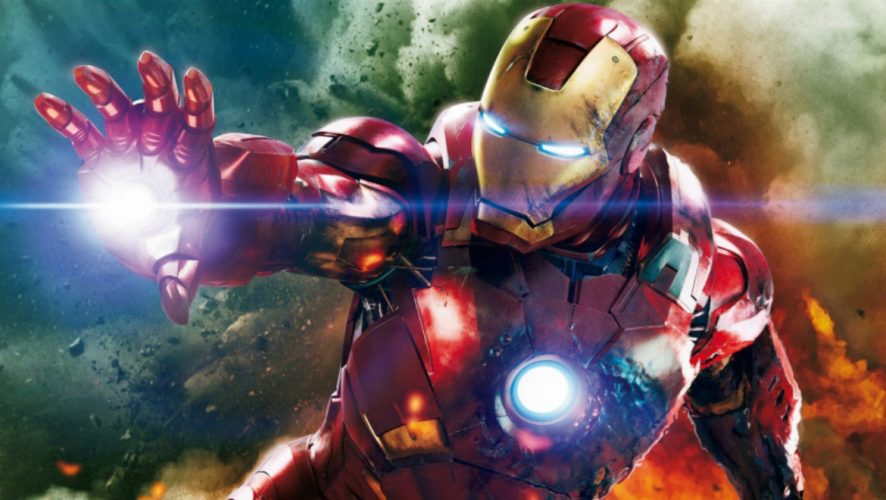 Thor might be the strongest Avenger (debatable, we know, but bear with us) in the Marvel Cinematic Universe, while Captain America might be the heart and soul (no, that was not a dig at the currently soul-less Vision), but when it comes to the most popular Avenger who has become the anchor of the highly successful Disney franchise, there’s no denying that it’s no other than the heartless Iron Man.

Yes, Tony Stark’s been simultaneously charming and sassing cinema-goers since he was brought to life by Robert Downey Jr. in 2008. At a time where comic books change things up every 2 to 3 years, a whole decade is almost an eternity.

And while we adore Tony for being his flippant, sarcastic, increasingly-less-secretly vulnerable self, we adore him all more for being a reliable friend (well, kind of) underneath all that bravado. And so in celebration of our favourite mouthy Avenger, who is currently stuck on Titan, we wanted to look back at seven defining relationships that have become the backbone of the MCU.

Now, this may seem like an odd pairing to some — after all, Bucky did kill the Starks, and Tony and Bucky haven’t actually had any sort of decent interaction, unless you’re counting beating each other to a pulp in Captain America: Civil War. But Winter Iron’s amassed a sizeable fan following, and we believe it stems from the tragedy of Howard and Maria Stark’s death, because what better way to find closure than a budding romance with your parents’ brainwashed assassin? That’s probably not clinically accurate, so don’t quote us on it. 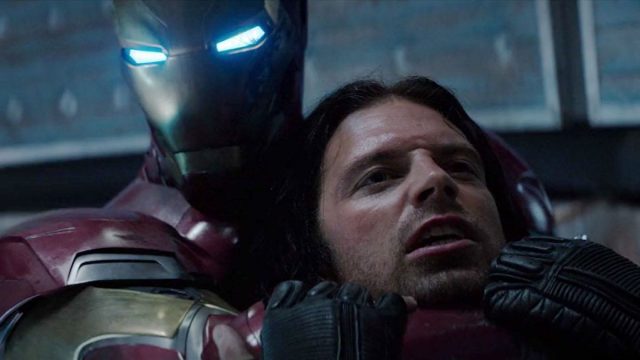 If that doesn’t really sell it for you, then you can always chalk it up to Rule 34 of the internet. Put on your slash goggles and that intense fight scene in Siberia will look like a convoluted courting ritual with copious amounts of unresolved sexual tension. Hey, maybe they are fighting for Steve?

The banter between Tony and Strange in Avengers: Infinity War has really gotten the fans’ imagination going. Both men are highly successful in their respective fields, with substantial egos to match and a clear tendency for irreverent quips. While they haven’t had much screen time together, their interactions in the film are an undeniable high point. 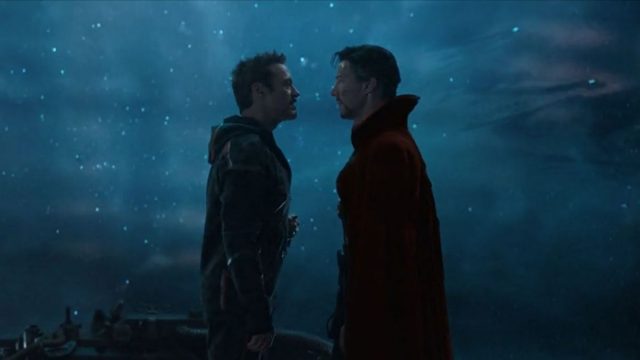 The original dynamic duo who flew out from the pages of comic book, to make movie history. This ship probably needs less explanation than the previous two. If you have a soft spot for light-hearted camaraderie and good-humoured bromance, you can probably see the appeal of Iron Husbands. Rhodey and Tony have stood shoulder to shoulder, long before War Machine and Iron Man have. 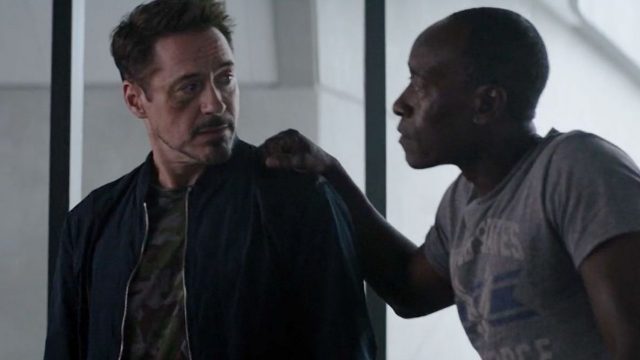 And can we say? Don Cheadle is da-man cos we didn’t quite like the other guy who came first. Represent!

Ah, the science bros. Yes, we’ve all seen that Jimmy Kimmel interview from 2015. As the two most intellectually inclined of the Avengers, Bruce and Tony can arguably connect on a different level. (Sorry Pepper) And they do seem to be on pretty good terms in MCU’s canon, considering how Bruce was reluctantly providing counsel to Tony in Iron Man 3, how he promptly asked about Tony post-transformation in Thor: Ragnarok , and he did greet Tony with a hug upon return in Avengers: Infinity War. And let’s not forget them having a (demon) child together in Avengers: Age of Ultron. 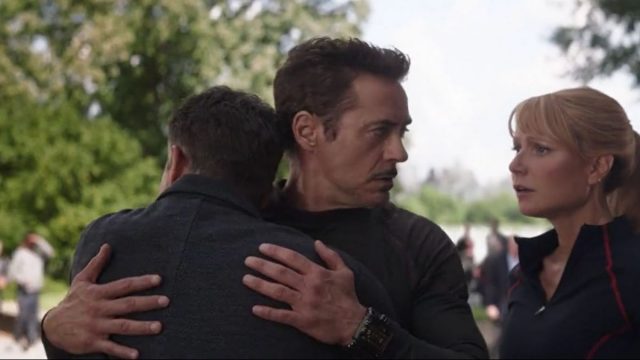 Fans have coined the term ‘Science Family’ to include Peter Parker as their adopted son-slash-mentee. With their combined genius, it looks like the trio could possibly get up to a lot of fun (or trouble). Our eyes are on you, Tony ‘Don’t-Do-Anything-I-Would-Do’ Stark.

Stony seems to be one of the most popular ships out there, and it’s coming in at third on our list. From their very first meeting, sparks have flown between Steve and Tony (Put on a suit guys!). Steve is restrained where Tony is reckless; he’s by the book where Tony is unconventional — at least, until Civil War happened. ‘Opposites attract’ is at the core of Stony’s dynamic and that friction underlying their interactions culminated in the final brawl of Civil War, ultimately resulting in a rift between the Avengers. 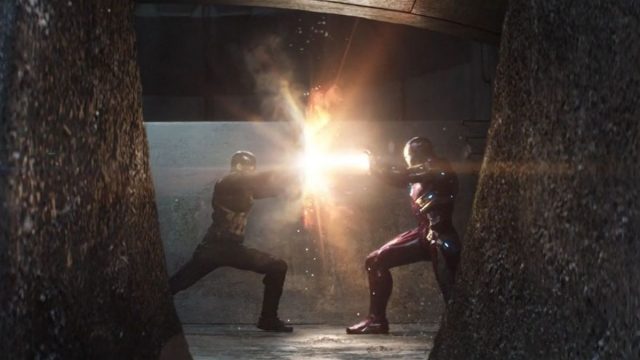 Similar to Science Family, Super Family puts Steve and Tony in a family unit with Peter Parker, where both Iron Man and Captain America play father figures to a young Spiderman. And it works out weirdly enough, with Tony starring as Fun Dad and Steve as Responsible Dad.

This is the ship that’s most likely to come to fruition at the end of MCU’s Phase 3. Tony and Pepper have come a long way from the first Iron Man film back in 2008. Of course, it hasn’t been all sunshine and rainbows for them. Tony’s PTSD attacks have put a decided strain on their relationship post-Chitauri invasion. And while they’ve had some rough spots — they were separated in Civil War due to Tony’s obsession with heroics — Pepper and Tony are now finally engaged to be married. We may be hearing wedding bells if everything turns out alright in the next Avengers movie. 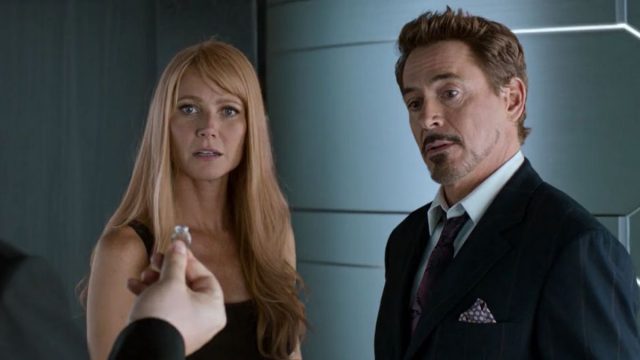 Afterall, Tony did dream of having a child with her.

Okay, you may have seen this coming, with all the name-dropping we did earlier on. Peter Parker may be one of the newest additions to Tony’s life, but hey, the kid’s definitely web-slung his way into Tony’s heart. And we don’t necessarily mean that in the romantic sense. From the ultimatum Tony delivered post-ferry accident in Spider-Man: Homecoming, to the ‘very intuitive’ new spider suit he designed, to the heart-breaking sense of desperation, fear and loss in that final scene of Infinity War, it’s no secret that Tony cares. And he cares A Lot. 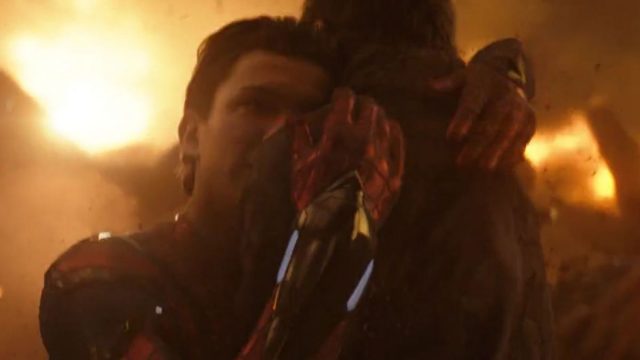 What we like best about the Starker dynamic is how neatly it wraps up Tony’s character growth from loose cannon to mentor, while kick-starting Peter’s own. Tony’s interactions with his eager protégé also offer a new side to him we’ve yet to see in his other relationships.

And that’s it, our personal picks for Tony’s ships. We’re definitely looking forward to seeing Tony and the rest of the Avengers again, come the next film installation in 2019. Fingers crossed that they get their Disney-patented happily-ever-after.