Many would assume that by 2020, most folks will probably be sick of superhero stories. Guess not, huh?

Okay, to be fair, Watchmen isn’t exactly the run-of-the-mill, fan-servicing, box-office-busting superhero story in the traditional sense, but it managed to reel audiences and critics in with the conversations about various social issues it tries to spark.

And that conversation has paid off with 26 Emmy nominations. Talk about a mic drop.

At the Emmy Awards 2020, HBO’s Watchmen is the show to beat, coming in at a massive 26 nominations. Aside from being the show with the most nominations for this year, it is also worth noting that it leads the way ahead of other heavy hitters, including AMC’s Better Call Saul, Netflix’sThe Crown and Ozark, Disney+’s The Mandalorian, Hulu’s The Handmaid’s Tale, and BBC’s Killing Eve.

Some of the more notable nominations for Watchmen include:

Though the actual winners will only be announced on 21 September 2020, let’s just say the show is bound to walk away with at least one win. But even then, it’s already a win for us geeks. The Mandalorian is another strong runner at the Emmy Awards 2020, bagging 15 nominations. Netflix’s Stranger Things and HBO’s other geeky entry Westworld were also among the nominees.

Though it is a shame that Watchmen won’t be getting a second season, it just goes to show just how impactful a superhero story can be even without the big explosions and visual effects. 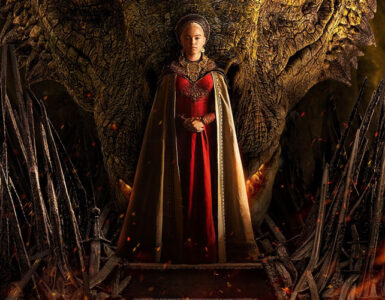