If there’s anyone that we encourage gamers to pay more attention to, it’s the guys over at Devolver Digital. The American game publisher, which put out indie blockbusters such as Enter/Exit the Gungeon, GRIS and Hotline Miami, has announced that it will be hosting its very own online event sometime in July 2020.

Dubbed the Devolver Direct, this event will essentially be an online showcase in the same vein as the many gaming showcases that are taking place in June. It will feature a host of upcoming indie titles as well as updates to existing games.

The company is also known for having a penchant for some of the most bizarre presentations in events (just look at what they did at E3 2019), so expect a lot of the same in their online event.

At present, there is no date yet for when the Devolver Direct will happen, but Devolver Digital will confirm it “soon”, so stay tuned for further updates from the company. You can catch the online event on the publisher’s official YouTube and Twitch channels. 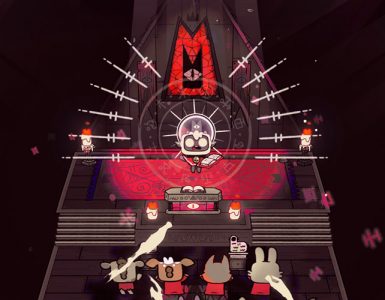 Devolver Digital’s ‘Cult of the Lamb’ Is Part-Hades, All Cute and Satanic