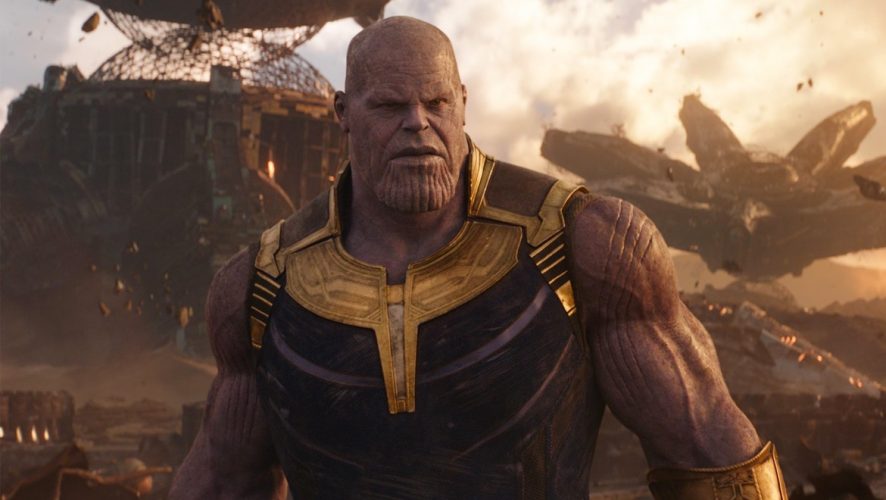 After Coulson and Quicksilver, Here Are 5 More Characters The MCU Should Consider Killing

Avengers: Infinity War is just around the corner, and we can hardly stand the suspense. It’s the most explosive superhero event to grace cinemas yet, and the question everyone’s been asking, and theorising, and speculating over is – will Marvel be killing off any heroes in this movie?

According to directors Joe and Anthony Russo, they absolutely will. The brothers have riled fans up by promising that this movie will contain some deaths, which will no doubt cause some tears to be shed. And why wouldn’t anyone die in this one? It’s the biggest villain that the Avengers have ever faced; with stakes that high, anyone could be at risk. Other sites have painstakingly gone through the cast list to determine who might be the unlucky death. But will Marvel have the guts to follow through on it? 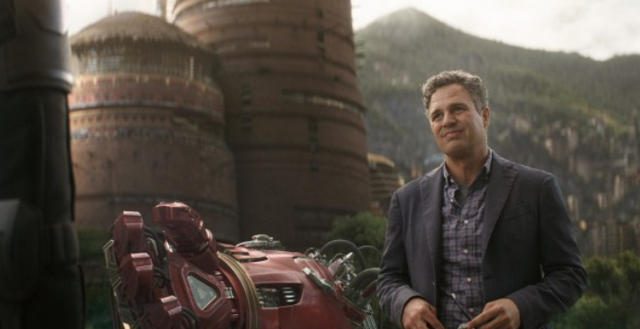 It’s definitely a risky thing, to remove any of Marvel’s well-loved heroes from the franchise permanently by killing them. Marvel’s shied away from that in the past, which is why our current lineup not only contains the huge cast of newer heroes, but Iron Man, Captain America, Black Widow, Thor and the Hulk as well – all the original cast members who began it all.

Marvel’s no stranger to fakeouts – Agent Coulson died tragically in the first Avengers movie only to be resurrected for TV’s Agents of Shield, Nick Fury was touted as being killed off in Captain America: The Winter Soldier only to have it shown that he faked his death. Most recently, War Machine almost died in Captain America: Civil War, was seriously injured, but ultimately made it out alive. The only serious death to have been followed through on was Quicksilver in Avengers: Age of Ultron, but that death was seriously under-explained and awkward, and probably occurred mostly due to contractual issues with Fox over the character’s use in the X-Men movies.

The tragic thing is, whether a character might die in these movies ultimately boils down to the character’s contracts: are the actors who play the characters still obliged to appear in more movies? If they are, it’s a sure guarantee that their character will live on, regardless of the role their character plays in the story. So that rules out most of the major cast: Black Panther, Spider-Man, Ant-Man, Captain Marvel, Winter Soldier, Doctor Strange and the Guardians of the Galaxy are probably safe. 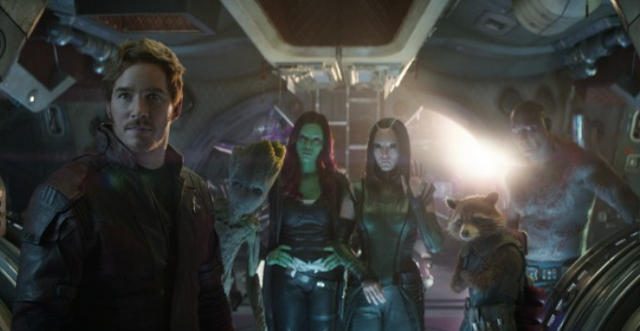 There’s also a second category of characters who are most likely safe, due to them not being important enough to the story to warrant a death scene.

Not that Marvel is against killing off minor characters, just that most of the characters in this category are major characters in their own franchises, too significant to just be cannon fodder but not important enough for their death to really matter in the context of a bigger team-up.

While killing them off wouldn’t be impossible, we don’t think Marvel would waste these characters by having them die at a time where they don’t get a spotlight. These characters still need more time to shine, so they won’t be leaving us just yet. This includes: Black Widow (who still doesn’t have her own movie, is rumoured to be having one, but hasn’t gotten enough of an arc in the Avengers movies to really be ready for death), Scarlet Witch, the Hulk, Falcon, War Machine, and the many other supporting characters from various teams who make an appearance in the movie. 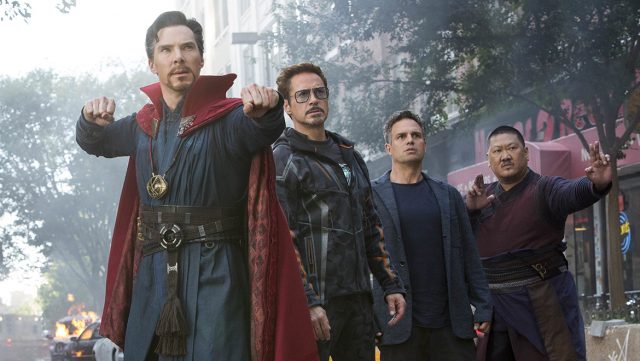 So that just leaves a handful of options, so here’s our list of the top 5 characters who we think are important enough, and likely to really die in Infinity War.

This one’s been coming for the longest time – with no real end in sight. Robert Downey Jr.’s been more than happy to keep playing his superhero alter ego in film after film; his contract has been renewed multiple times, so an end to his contract doesn’t mean much. 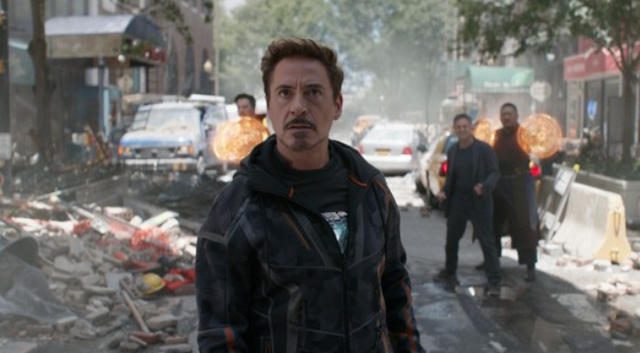 But having been such a central figure to all the Avengers films so far, his death, if they pull it off, would definitely be the most impactful of any of the characters. Looking at the number of times that Tony Stark has retired, almost died, been crippled, destroyed all his suits, only to return, we still think the chances are low of it actually happening. But he still makes this list, in case Marvel makes it happen.

And he can always return as an AI ala Jarvis, but without RDJ.

Here’s another character who’s been front and centre in the Avengers films, and his death would leave a good number of hearts broken. Unlike Robert Downey Jr., Chris Evans made it sound like he’s ready to move on from Cap, so it seems that his character’s departure is a sure thing somewhere in the future. But will that happen in Infinity War?

Back on the subject of contracts, Evans extended his to include Avengers 4, which has already finished filming. So we know that his character won’t be totally gone by Infinity War, which means the likelihood of him dying in this one is pretty low. There’s a possibility that his role in Avengers 4 is simply a flashback, or a cameo, but given how important Cap is to the Avengers and the Marvel Cinematic Universe in general, we think Marvel won’t skimp on the chance to keep him for just one more movie.

Here’s where we go into the stronger contenders. Nebula, being directly involved with Thanos, seems to have a pretty high chance of being killed off. Her role in this story is pretty central, and her emotional connection to the Guardians of the Galaxy, especially with Gamora, means that her death wouldn’t be painless. 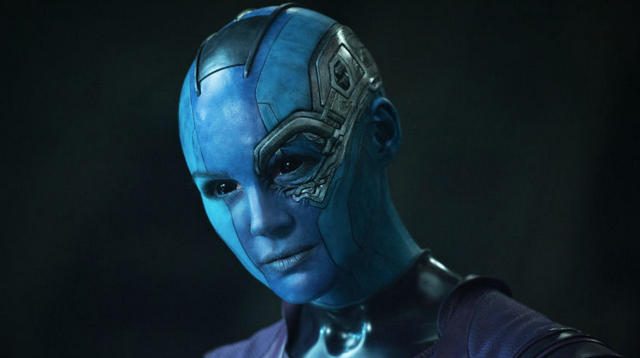 Karen Gillan and the cast have teased the possibility of Nebula being killed off, so there’s a strong contender here! At this point, the only reason she’s not higher up on this list is because the others’ chances of screen death go beyond the realm of “strong possibility”.

This character is one we have a hard time seeing not die. Given the villain Thanos’ goal of assembling the Infinity Gauntlet, it’s nigh impossible to see that Vision surviving this. Since his entire being is hinged on the Mind Stone lodged in his forehead, his death is going to be necessary when Thanos undoubtedly completes his weapon. At this point, Vision is living on borrowed time. 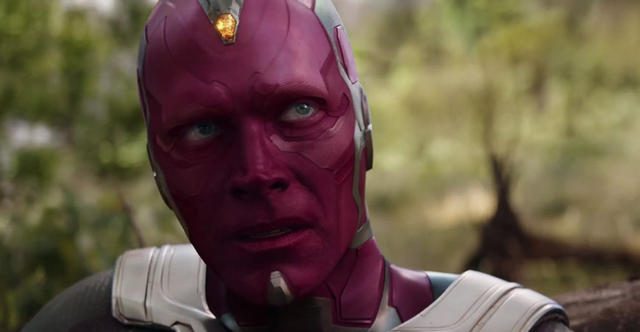 But his inclusion in this list might just lead to another cop-out by Marvel – it’s completely possible that he’ll be resurrected if Thanos is defeated. When he’s defeated (who are we kidding). In that case, he might stay dead at least until the next movie.

If there’s any character more at risk of death, it’s Loki. He’s in Thanos line of fire for his failed plan in the first Avengers, and his death could serve terribly wonderfully as an example of Thanos villainy. 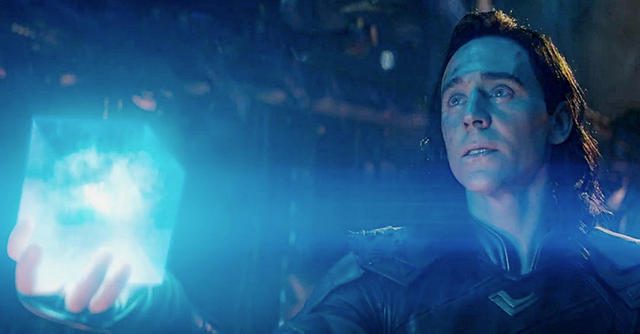 On a less story-involved note, Loki’s been central enough to the Avengers movies to be Infinity War’s big tragic death. Honestly, his character’s been around the block, from friend, to foe, to anti-hero, to somewhat-ally. It’s time to do something really different. And what way to do that other than be the first big on-screen death? Given the amount of love his character has received over the years, and the number of fake deaths he’s come back from, Loki’s death would definitely be heartbreaking, especially if it’s (finally) permanent this time.

We’ve given our analysis, now it’s up to Marvel to deliver. Everyone’s waiting on the edge of our seats for April 25th, when Avengers: Infinity War finally drops everywhere and Marvel fans will finally get answers.