For a few hours on Friday evening, the interior premises of Altimate was decked out in Game of Thrones-themed installations, with references to the show aplenty. At the open bar area sat menus that read “Night King’s Sour”, “Dragonglass Old Fashioned” and “Hold the Door” (by far the rudest-named drink), drawing curiosity and appreciative geekiness from individuals. A tall Johnnie Walker statue stood erect in front, while the presence of mist and winter wall decorations stayed true to the chilly, wintry spirit of the “Winter is coming” tagline. 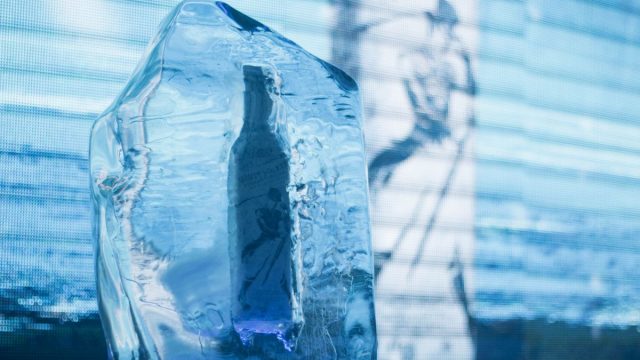 The star of the night, however, came beautifully encased in a slab of ice. Placed proudly on display, the bottle of White Walker by Johnnie Walker caught the eye of all in attendance, and most certainly enjoyed basking in the limelight. Fans and whiskey lovers would know that the scotch is already available on Singapore’s shores, but the launch party served more as a social affair and an opportunity for others to try without having to purchase it – yes, even the public, who was granted access from 10pm onwards. 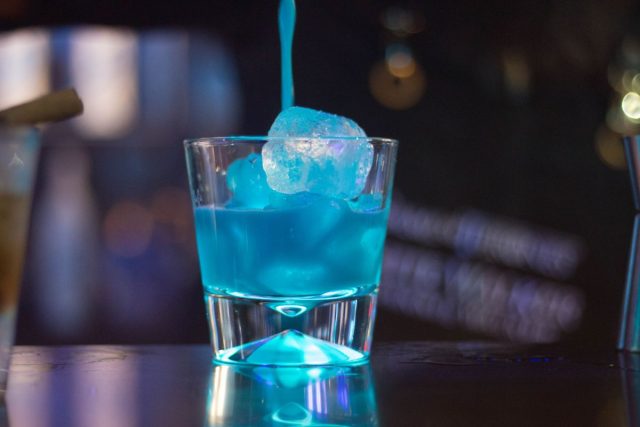 Being held at a club means an enjoyable flow of alcohol, and there was plenty of that to go around. The Night King’s Sour introduced a twist to the classic cocktail, sporting the apt, pretty colours of blue and white as per the White Walkers. The combination of Johnnie Walker Gold Label (40ml), lemon juice, egg white, and blue curacao also made it the strongest drink out of the three. 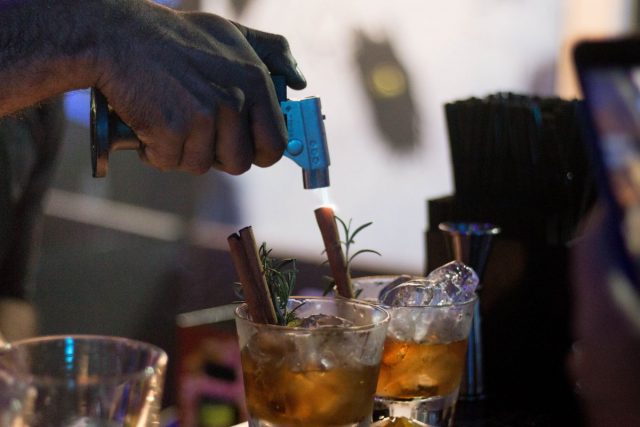 Next up was the Dragonglass Old Fashioned, which featured a blend of Johnnie Walker Gold Label, cinnamon syrup, Angostura bitters, and chocolate bitters. A note of smokiness can be detected, alongside a strong burn down the throat. It’s smooth, however, with a nice touch of flavour given off by the cinnamon.

The mildest drink on the menu, Hold the Door injected a refreshing burst of zesty fruitiness, courtesy of a Johnnie Walker Gold Label (30ml) and berry soda mix. 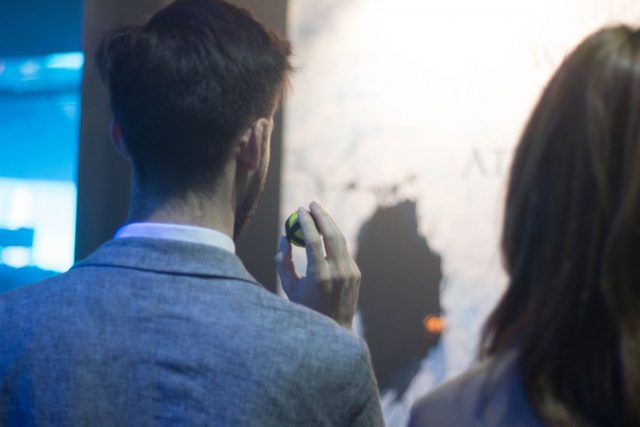 Moving on from drinks, the event brought in social activities as well, such as the Attack the Wall and Jenga stations. Where the former saw fans throwing balls on the wall’s velcro-taped areas, the latter challenged their knowledge of the show, in which they have to correctly answer the station master’s question (Game of Thrones-related, of course) before choosing the block to be removed; accompanying the duo would be the face-painting and photobooth stations. 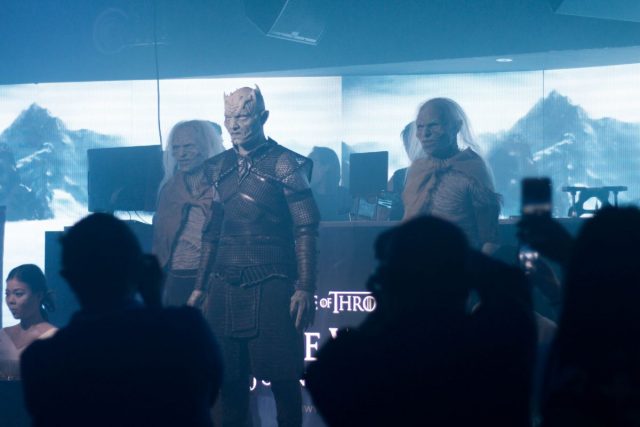 But the highlight of the night was when the Night King and his army of White Walkers invaded the space without prior warning. Marching down the walkway from the entrance, the troupe took to the stage to grace the launch of Johnnie Walker’s White Walker, and subsequently stopped by the photo booth for a short photo-taking session with the attendees. The experience was as enjoyable as it was slightly intimidating – the costumed individual did an admirable job at replicating the scary factor of the Night King, and the mask certainly helped. It was deftly executed, too, and extremely reminiscent of the Wall destruction scene in Season 7.

Before the final season of Game of Thrones drops in April 2019, the event will see a takeover from Clarke Quay and a few other locations around Singapore, so you may want to keep an eye out for a White Walker or two the next time you are visiting a club…or a bar, even.