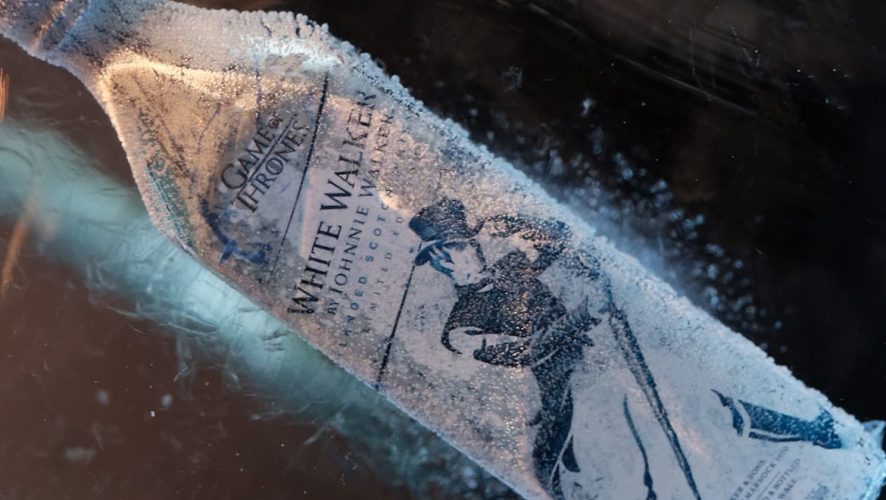 If you don’t get the winter reference, we’re not actually talking about Christmas but referring to the upcoming final season of HBO’s wildly successful Game of Thrones fantasy drama TV series that will officially hit screens the summer of 2019. In this eighth and last season we’ll finally see the invasion of Westeros by the dreaded supernatural White Walkers and their undead army, who bring with them the chill of an endless winter and the doom of all living things. Splendid.

In a brilliant flash of marketing genius, leading alcoholic beverage company Diageo has collaborated with HBO and licensed the rights to create White Walker, a limited-edition Johnnie Walker whisky to capitalise on the show’s popularity and extensive fan base in the build up to the highly anticipated final season. The special bottle itself is sheathed in an icy white and blue design much like the snowscapes of Westeros’ frozen North. Johnnie Walker’s iconic Striding Man on the label is also depicted as a White Walker, dressed in armour and holding an icicle blade in lieu of his signature walking stick. And when you stick the bottle into the freezer, you’ll even get a chilling message. 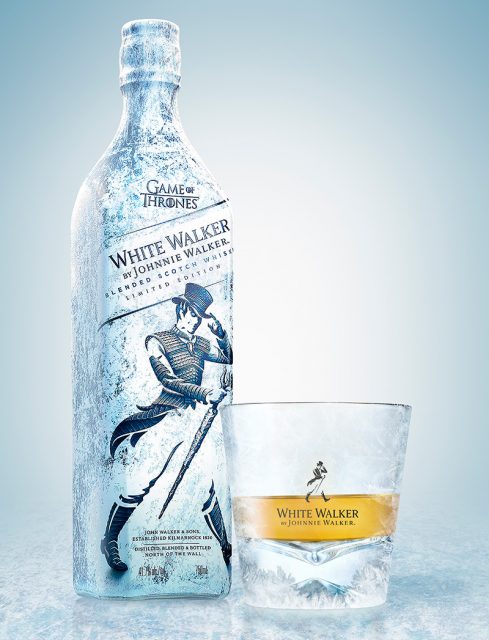 As for what’s inside the bottle, the spirit is put together by whisky specialist George Harper alongside the team of blenders at Johnnie Walker. Harper used the Westeros’ frozen North as inspiration and opted to use largely single malts from Cardhu and Clynelish, the latter of which are among the most northerly of distilleries in Scotland. “Whiskies from Clynelish have endured long, Scottish winters, not dissimilar to the long periods endured by the Night’s Watch who have ventured north of the wall – so it was the perfect place to start when creating this unique whisky,” shares Harper.

Diageo’s official tasting notes has the White Walker carrying “notes of caramelised sugar and vanilla, fresh red berries with a touch of orchard fruit” (ours given below).

“I drink. and I know things.” – Tyrion Lannister, Game of Thrones

“We knew there was fan appetite for a Game of Thrones whisky and once we saw the vision from Johnnie Walker for a way to collaborate we knew the idea was perfect and the time was now. From the beginning, they understood that we wanted to create something special, and they’ve accomplished that with White Walker by Johnnie Walker,” said Jeff Peters, Vice President, Licensing & Retail at HBO.

“We’re confident fans will enjoy sipping this delicious whisky as they wait for season eight and beyond,” Peters added. Fans of specifically single malt whisky – and Game of Thrones – may be glad to hear that as part of the collaboration, Diageo will also be releasing a special set of eight single malt whiskies each of which depicts a specific House from the show’s lore that will be released to coincide with the launch of the final season.

White Walker by Johnnie Walker is currently available in Singapore at 1855 The Bottle Shop, Redmart, and Cold Storage retailing at S$75 (700ml bottle), or at travel retail in DFS at S$68.