Remember the ZenFone Max Pro M1 from earlier this year? Well, you might remember it for it’s name, because that’s really quite a mouthful.

It’s just been a couple of months but Asus is already following up that first act with a fresh new batch for its entry line, starring the ZenFone Max Pro M2 and the ZenFone Max M2 — and we’re still not exactly sure what that M stands for, so let’s just chalk it up to the mysteries of product branding. 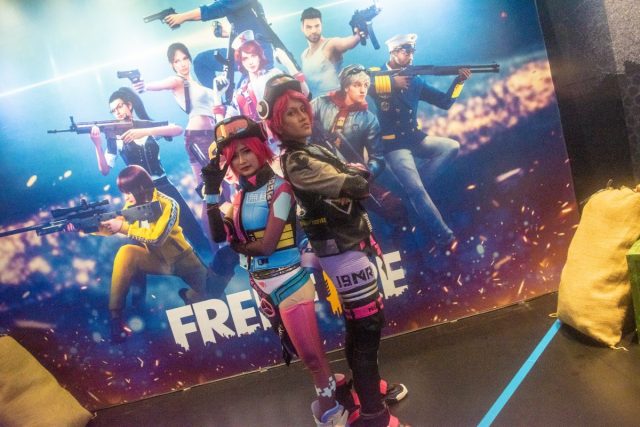 Geek Culture got to attend the product launch in Jakarta, Indonesia, and we managed to get up close and personal with the phones, both of which Asus is touting as the… more modest cousins of their utter overkill of a gaming behemoth, the ROG Phone.

For a phone that’s being semi-marketed at gamers, the ZenFone Max Pro M2 looks pretty understated — but you know how that age-old adage goes, never judge a book by its cover (or a phone by its subtle-no-frills body). It’ll be powered by the Snapdragon 660 supporting a Qualcomm AI Engine, coupled with a 6GB RAM, which means it’s no slouch in the processing department. Granted, it’s no ROG Phone either, but then again, it’s also not going to eat up half your month’s salary.

And sure, it looks understated — in a no-gaming-bling sort of way — but that lovely wave finish on the back cover gets aesthetic points if you’re into the whole zen, minimalist look. Come on, it’s inspired by water, that practically screams zen. Asus has claimed that it took a whopping sixteen finishes to get it to catch light the way it does, and looking at it now… yeah, we can buy into that.

It doesn’t take Bruce Lee telling us to “Be water” to get that water’s a real force to be reckoned with. So it’s a nice (although probably unintentional) metaphor for a phone that’s also selling itself for its durability. The ZenFone Max Pro M2 will have its screen equipped with the Corning Gorilla Glass 6. And Scott Forester, Division Vice President, Marketing and Innovation Products of Corning, took to the stage to say, “Corning’s research has shown that consumers, on average, encounter most drops from waist height or below and, on average, drop seven times a year. Therefore, we are delighted to work with ASUS on the ZenFone Max Pro (M2) designed with Corning Gorilla Glass 6.”

The ZenFone Max Pro M2 will also come with a 5000mAh battery, and that translates to 10 hours of mobile gaming, 19 hours of Youtube and up to 23 hours of web-surfing on Wifi, according to Asus. On the camera side of things, it’ll sport a dual-camera system on the rear like its predecessor — this time with the Sony IMX486 sensor — and boast a list of helpful features such as AI Scene Detection, Phase Detection Autofocus and Electronic Image Stabilisation. And you’ll be able to snap away and enjoy your photos on a 6.3-inch FHD+ display.

For a more in-depth look at its specs: Housing a Qualcomm Snapdragon 632 and a 4000mAh battery, the ZenFone Max M2 doesn’t fall too far off from its bigger, better, pricier Pro counterpart. If you’re wondering, that translates to 8 hours of gaming and 22 hours of Wifi-web browsing in Asus-speak, so that’s just an hour or so shaved off.

It also comes with the dual-camera system for its rear camera, and it has AI Scene Detection and Phase Detection Autofocus ticked off but doesn’t seem to come with image stabilisation. 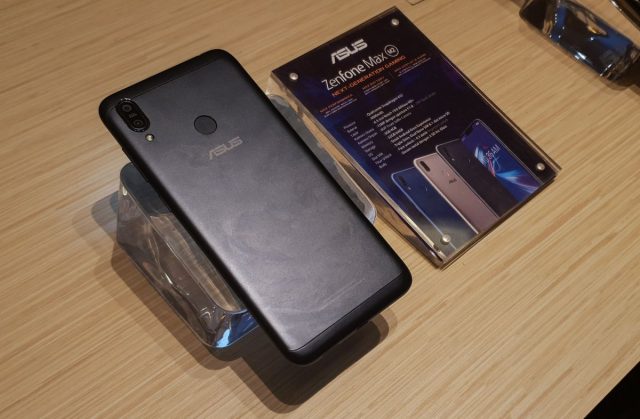 The one stark difference — and boy, is it stark — is really the overall design. We know we said the ZenFone Max Pro M2’s understated, but ‘understated’ would actually be an understatement for the ZenFone Max M2. The grainy black frame is almost painfully nondescript. And we’re not quite sure if there’s actually an aesthetic it’ll appeal to — is non-aesthetic an aesthetic? Well, maybe if you’re into the whole spartan… military… sort of look, maybe. Then again, phone covers exist for a reason, so maybe aesthetics aren’t too important.

And here are its specs, if you want to go more in-depth:

It looks as though big can also be fast. 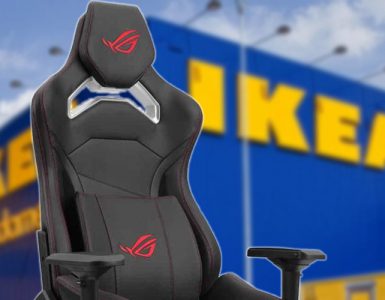 No need to break your bank for your next gaming chair.