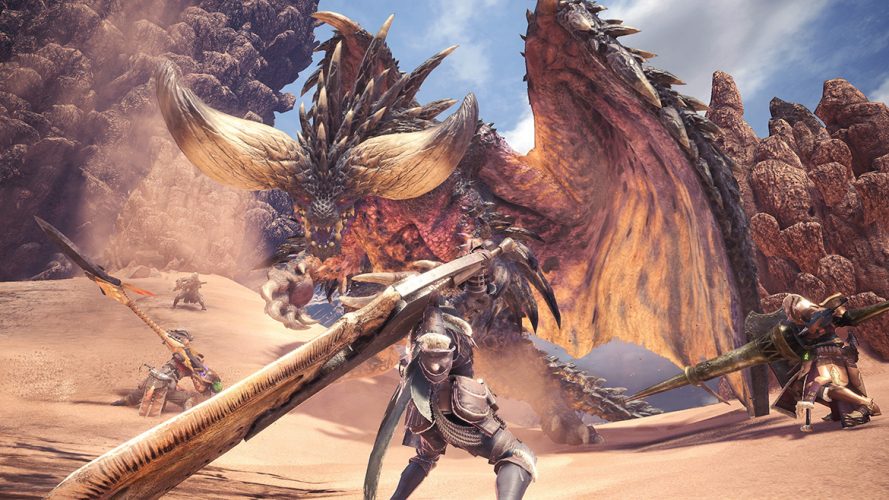 Monsters and Tokyo go hand in hand, like bread and butter, cheese and crackers… and there I was, armed with my giant Jawblade and sling, as I sensed the foul creature’s location right in front of me. The glowing green tracks were a sign that I was on the right track, but I was not alone. Two of my teammates were right beside me, following my every move as we scouted ahead….

And then all hell broke lose when we saw the monster, or rather, it saw us, and started tossing huge piles of poop at us.

Welcome to Tokyo Game Show, and welcome to the new 4K world of Monster Hunter World, where the creatures are more detailed, the locations, more mesmerising, the world, more enticing… until the shit starts hitting the fan.

I managed to get a brief hands-on session with a TGS PlayStation 4 build of the game, and went on two monster hunting missions with two other media counterparts. The moment the game loaded up, and I picked our first mission and monster to hunt, we were presented with a lush, gorgeous world.

Given the prowess of the console, it is not surprising that this is the best looking Monster Hunter game to date. Especially after its recent outings on Nintendo consoles, this is a huge leap in terms of visual fidelity. Character and monster animations are fluid, and wielding giant swords never felt more satisfying. For myself, the last time I played Monster Hunter for long stretches was when it was released way back, on the original PSP. I’ve skipped the Nintendo entries so far, but now that I’ve seen this new entry, looks like I’ll be diving back in once again.

Tracking down the monster is relatively easy, as you will detect glowing green tracks at some point, which then activates a “trail” of sorts in the form of green glow bugs, leading you to the next track, and eventually to the monster. Along the way, should you choose to, you can even take out random creatures that get in your way and carve meat from their dead carcasses (hey, it’s called Monster Hunter after all. So hunt them all down!) 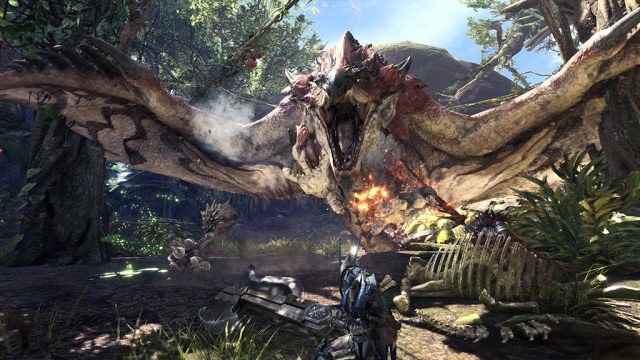 This time round, it’s also a lot easier to keep track of your teammates as they are clearly shown on the minimap and there are audio cues when they encounter the monster. Once the team encounters the monster, the amount of teamwork that goes into taking it down is what makes the series so addictively fun.

Dodging, jumping, shooting, trap-laying, melee attacking, tumbling, falling, rinse and repeat. As mind-numbing as it sounds, it is just strangely satisfying with every single blow I landed on a giant monster. It was also strangely calming to fall into the puddles of poop and getting mildly stuck. It was hilarious. Shitty, but funny.

The hunt ends when the monster eventually dies, and we’re presented with loot! Glorious loot! So it’s back to base camp for the next monster hunt. But alas, time ran out for the hands-on. 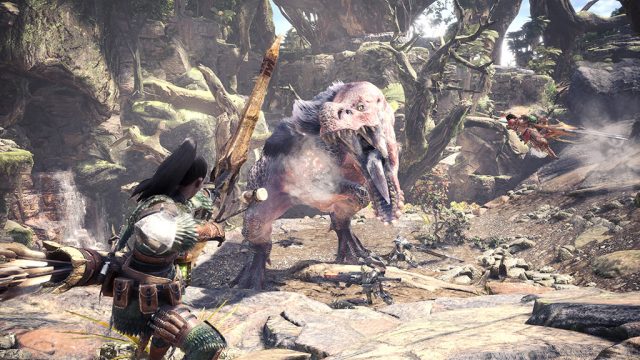 After a short hiatus, Monster Hunter World is returning back to the console on January 26, 2018 on the PS4 and Xbox One, with the PC version coming at a later date. After all these years of being a Nintendo exclusive, it is finally landing into what looks like its strongest entry in the series. With a brand new and polished look to it, the game adds new creatures, environments, and even more ways to hunt down the legendary monsters of the series.

In terms of the game mechanics, it looks to be pretty much the same as previous games. You have a camp where you can craft items, weapons and armour. You can choose from a list of monster hunting missions to undertake, and friends can simply drop-in and drop-out of your missions on-the-fly. Apart from your main weapons, your character can also carry a whole range of traps, barrels and tools to aid in the monster hunts. Because my time was limited, I was only able to lay down explosive barrels and fired my sling at them to damage the monster from far. 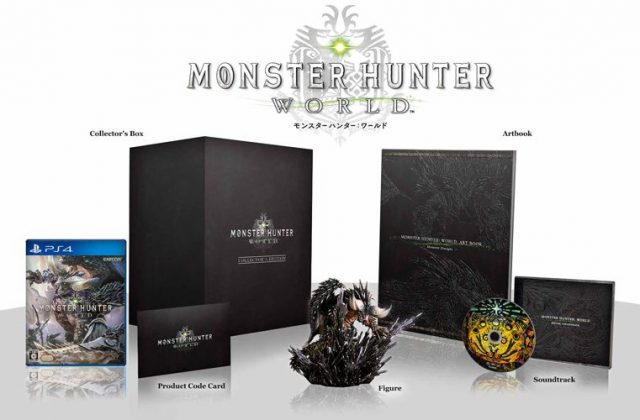 Also announced at TGS 2017 is PlayStation 4 Pro Monster Hunter: World Liolæus Edition console, which is slated to be released in Japan on 7 December 2017. Sadly, this seems to be a Japan-only console… for now. But you can count on it to hit the Southeast Asia market around the same window too. Looks like this could very well be the reason I need to finally upgrade my aging PS4 to the PS4 Pro in early 2018. 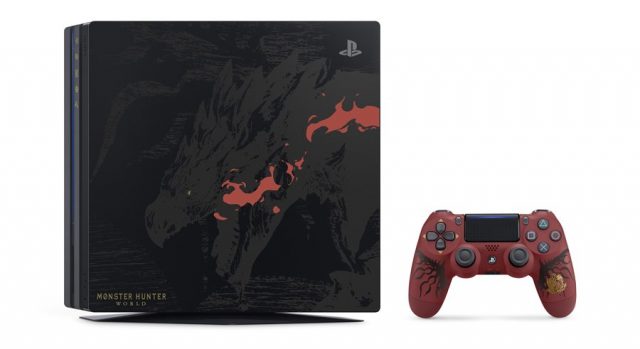