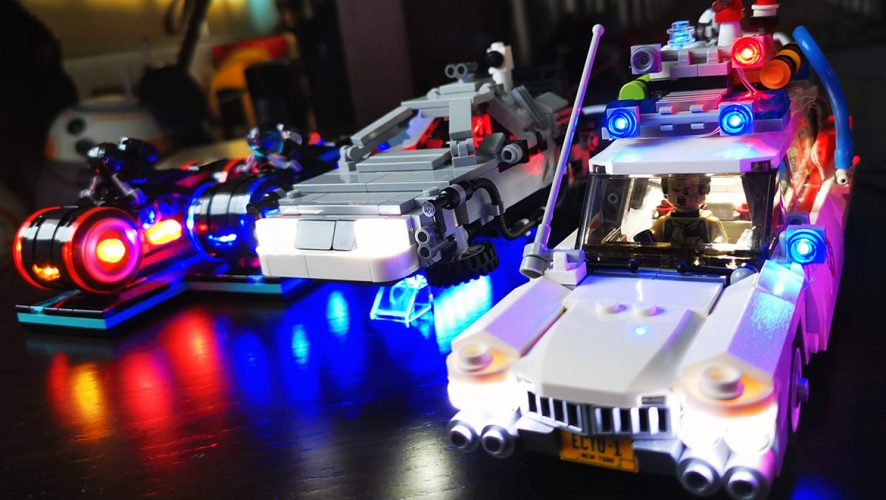 Light Up Your LEGO Sets With These Awesome LED Blocks!

So you’ve built your LEGO Death Star back in 2006. You’ve played it a good deal, taken tons of action shots of it with the likes of the Darth Vader, Darth Sidious, and Luke Skywalker Minifigures. 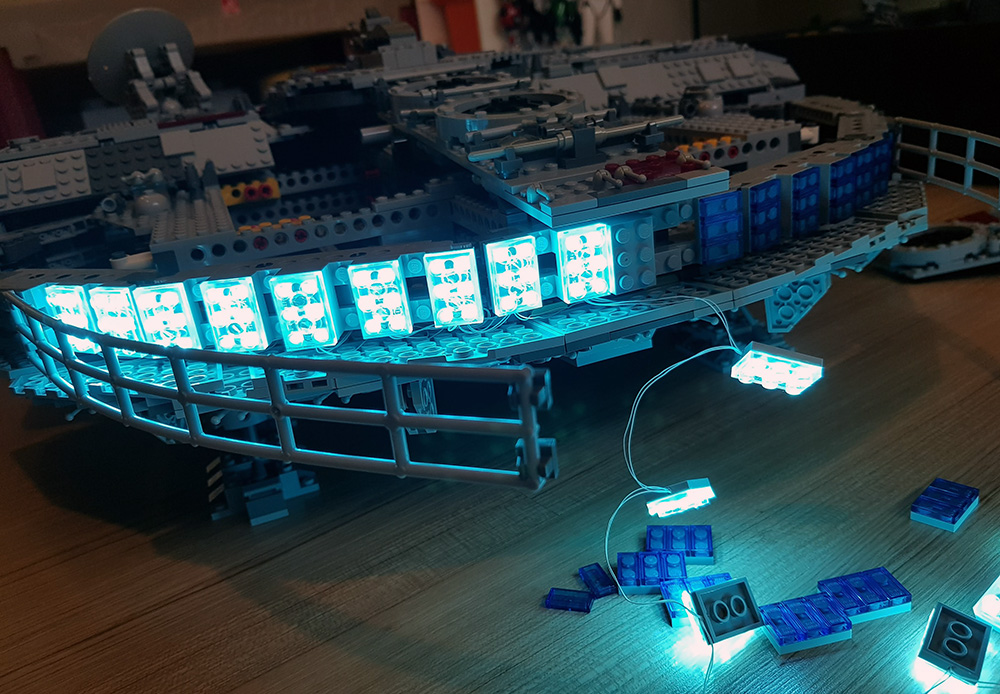 But what if there was a way to give LEGO sets a new lease of life, by lighting up those LEGO sets of yours with some literal lights? Yes, you heard us. In recent years, LED lights have made their way to various LEGO sets (well, unoffocially at least), making them look a hundred times cooler than they already are. And with the likes of online stores like AliExpress, you can spruce up yours too, for reasonable prices, complete with FREE shipping!

These light kits come with a set of lights for the appropriate LEGO set, as well as cables and batteries. Just note that they don’t last forever, so make them shine bright like a diamond sparingly, or just be prepared to get more batteries.

Here are some LED light setups that might just convince you to bring out that 2006 LEGO Death Star out to play once more! 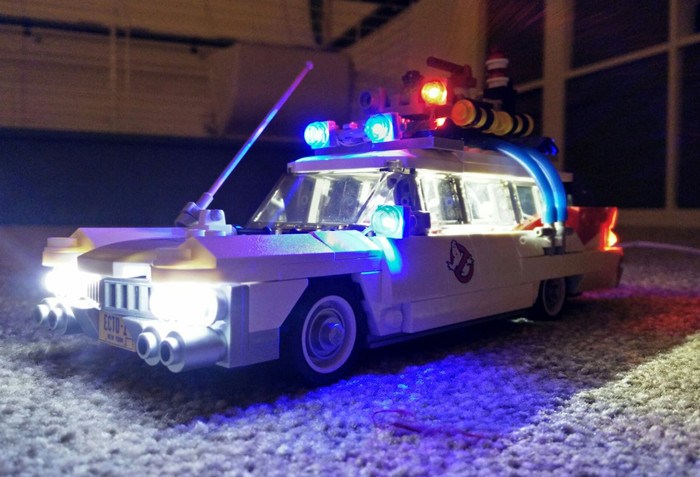 Leading this list is the iconic Ecto-1 from the ever-popular Ghostbusters franchise. Everything that needs to be lit up is lit (yes, you will see this pun a ton of times in this list), such as the head and tail lights, and interior.

You know what goes really well with the Ecto-1 lighted up? A home, so scroll down…

Yes, that’s right. The Ghostbusters Firehouse HQ also has an LED set. Complete with interior lighting on all floors including the garage, as well as the street lamps outside.

With the Ecto-1 fitting snugly inside, The Firehouse HQ in this lit state satisfy your inner ‘80s kid.

This is but the first of a handful of LEGO Star Wars sets that you’ll see on this list (c’mon, it’s Star Wars). 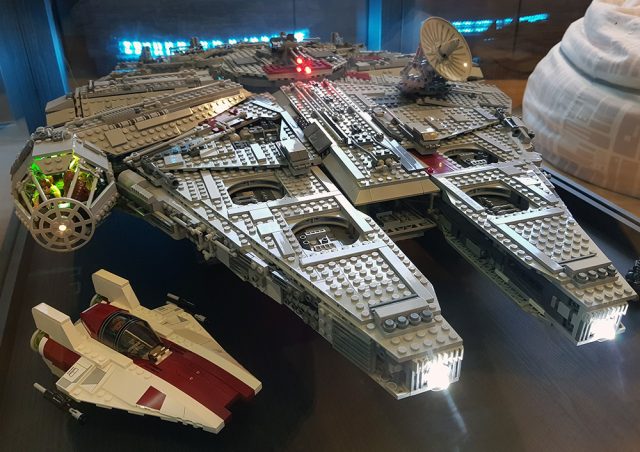 The UCS Millennium Falcon packs an all-around light setup, with lights going off at the cannons up top, headlights in front, as well as the cool exhaust behind. If you have a coffee table like we do, why not make the lit Millennium Falcon the centrepiece of it? 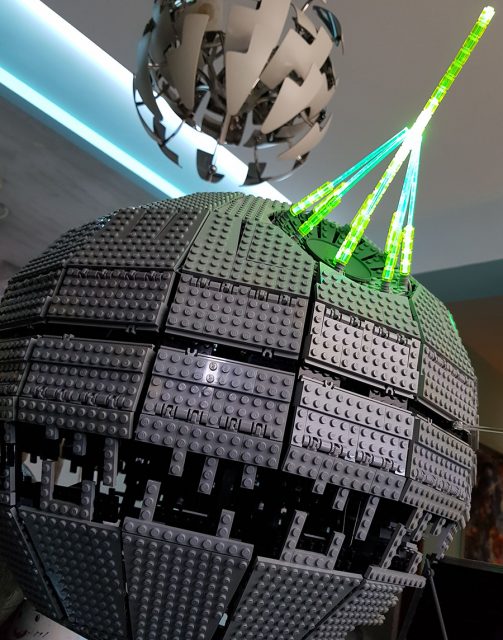 Ah, yes, the LEGO Death Star. This behemoth of a set has been replicated well by LEGO, but that superlaser wasn’t quite done the justice it so deserves with just the transparent green parts.

There’s a world of difference when you place those LEDs in the Death Star’s Superlaser. Such a badass and fearsome setup we swear you’d never switch it off in your home! 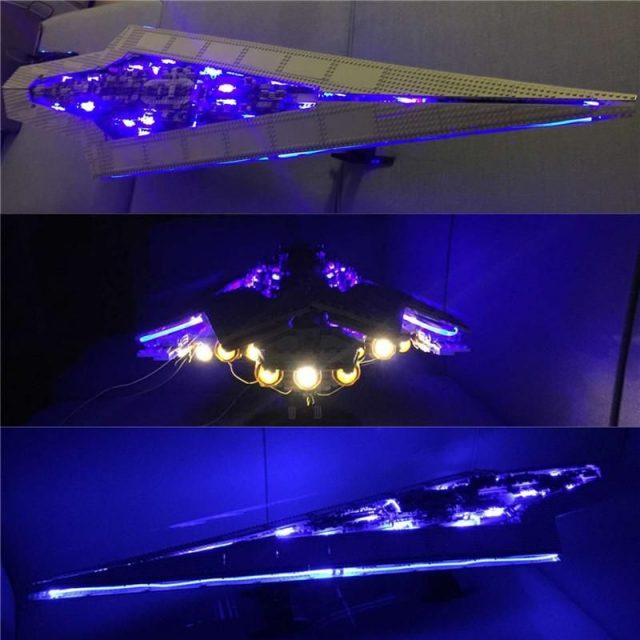 A planet-sized planet-obliterator not enough for you? How about this LED setup on the fearsome Super Star Destroyer? This bad boy is already menacing with its imposing size, but made even more so when its engines, interiors and sides are powered up with some LEDs. Now imagine this thing hyperspacing into battle complete with these cool lights. 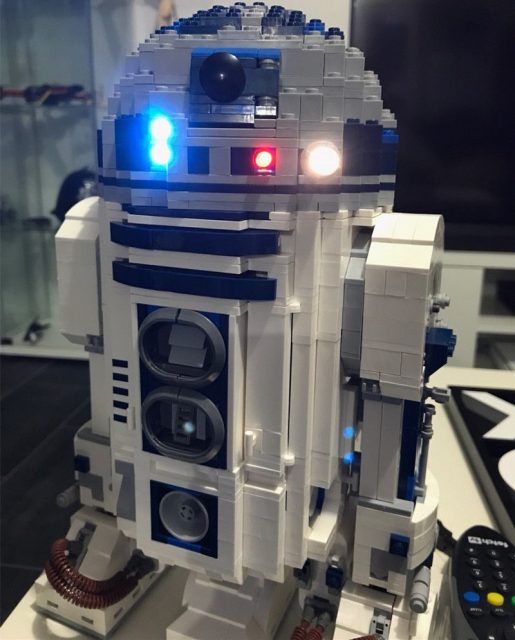 Everyone’s favourite robot companion can now also be outfitted with LEDs! Now, if only there was R2’s speaking mechanism we could find somewhere… 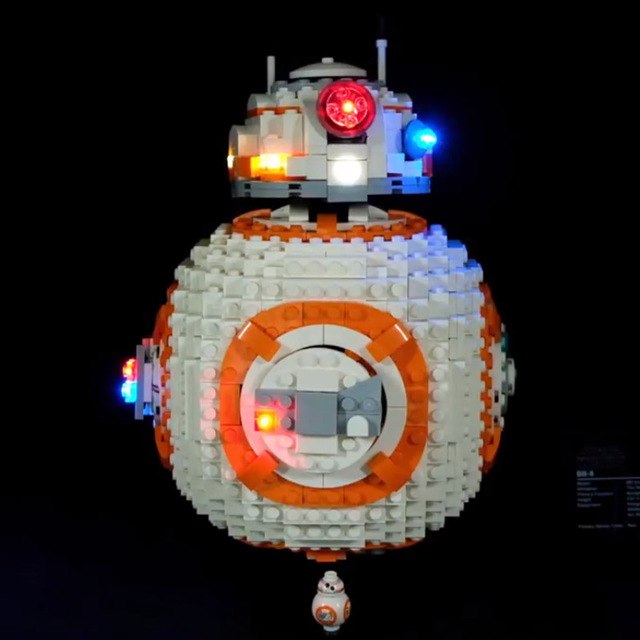 Everyone’s other favourite robot companion is also customisable with LEDs! Now it’s just a matter of which one you have. 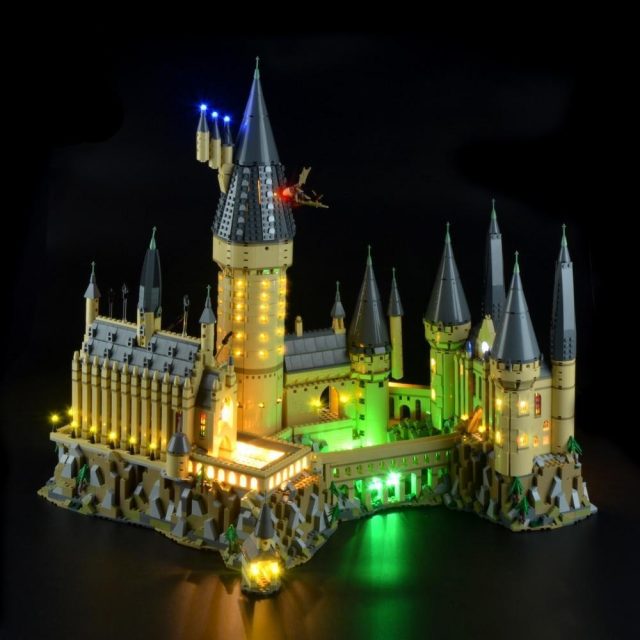 Another iconic building of pop culture, the castle of Hogwarts School of Witchcraft & Wizardry looks even more amazing with some LED lights. From the craggy mountainside bottom to pointed rooftops of this massive institution, the Hogwarts set with lights is surely a sight for sore eyes. Another great feature is that you can change the colour tones of the lights to give off different atmospheres! 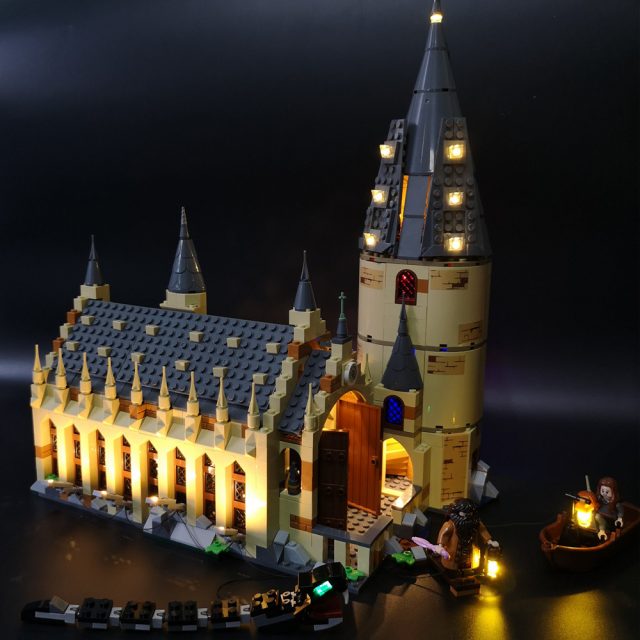 The Great Hall of Hogwarts is never quite complete without some interior and exterior lighting. Thanks to the LEDs, however, you can now play out scenes of Harry, Ron, Hermione & Co. feasting away at the enchanted dinners at Hogwarts. Floating candles not included.

Your TRON Legacy High-Speed Bikes wouldn’t be complete without this sick-looking LED light kit! Just switch off the (room) lights for maximum effect and watch the magic happen. 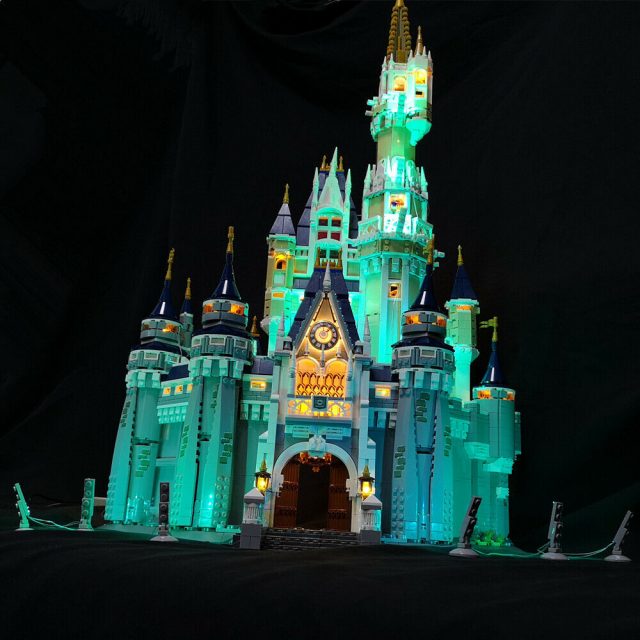 Nothing screams Disney more than the iconic Disney castle we’ve all come to know and love at the start of virtually every Disney movie ever to exist (maybe except the Marvel and Star Wars franchises).

Similar to the Hogwarts Castle above, you can alter the tone of the lights to give the castle different hues! 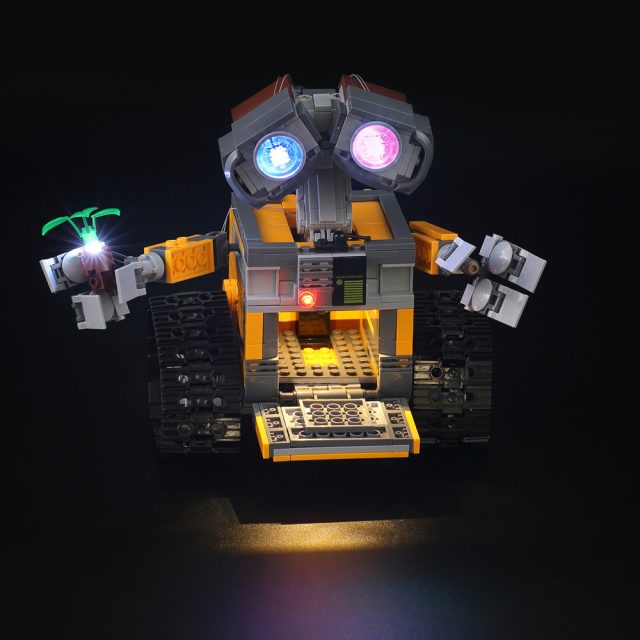 We can’t mention “favourite robot” without mentioning the super-cute Wall-E! The most emotive droid on this list has his eyes, hands and the interior of his body lit up as well, making him feel more alive than just using translucent pieces for his eyes. 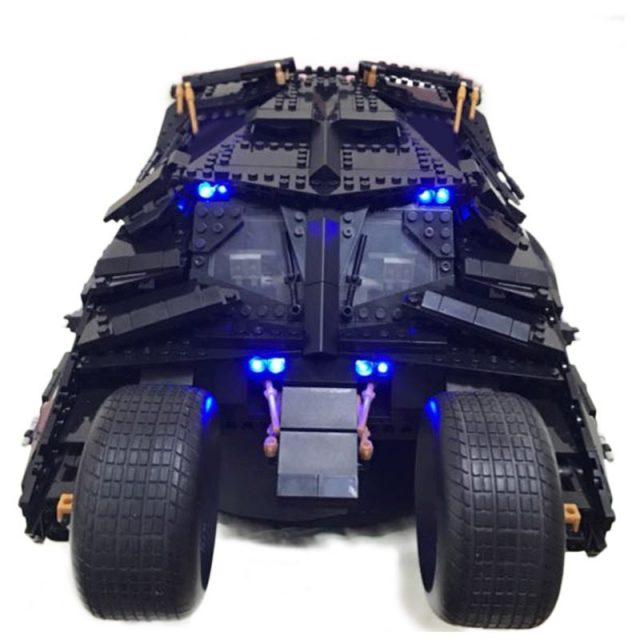 2008’s The Dark Knight bore one of the most memorable and brilliant Batman stories in existence, but it also bore this iconic version of the Batmobile called the Tumbler. And now you get to put some LED lights on it to make it more badass than it already is! 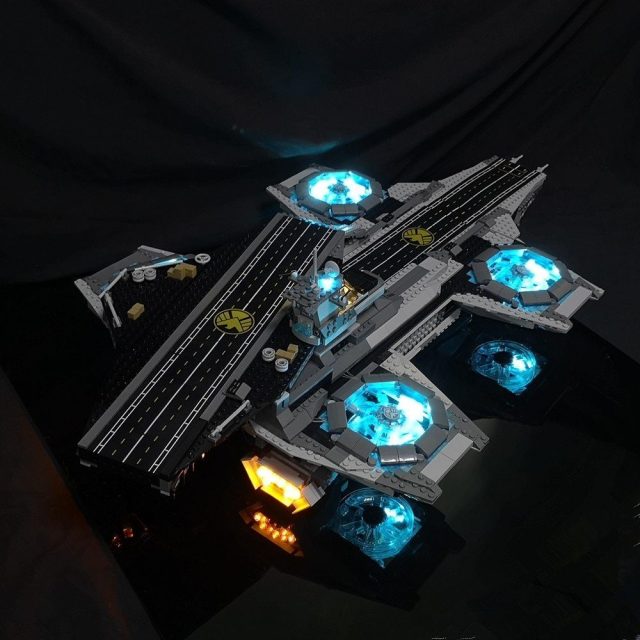 One of the Marvel Cinematic Universe’s most iconic vessels looks great in LEGO form, but looks even better when outfitted with LEDs! The turbines and engine make it look like it will just start hovering mid-air (although it actually doesn’t, don’t try this at home). All in all a super-cool set to be decked out in lights! 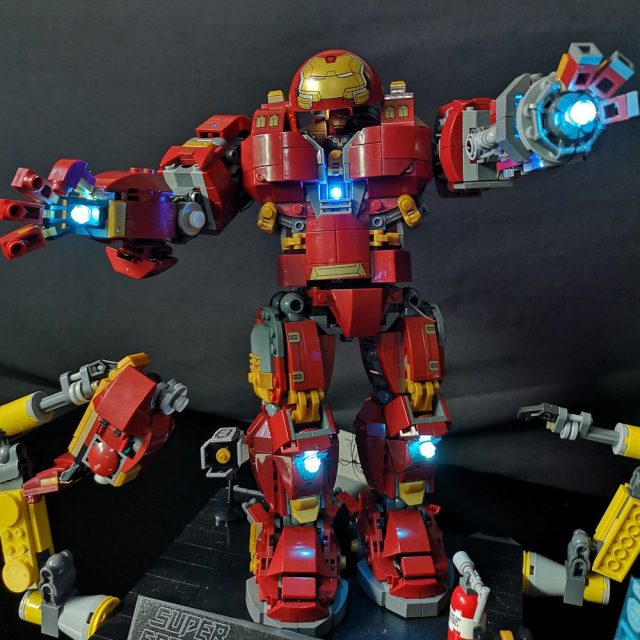 The machine that nearly stopped the Hulk in his tracks is another badass Marvel LEGO build. With the LEDs, he’ll look even cooler, especially with his hand blasters, knee blasters and chest core. 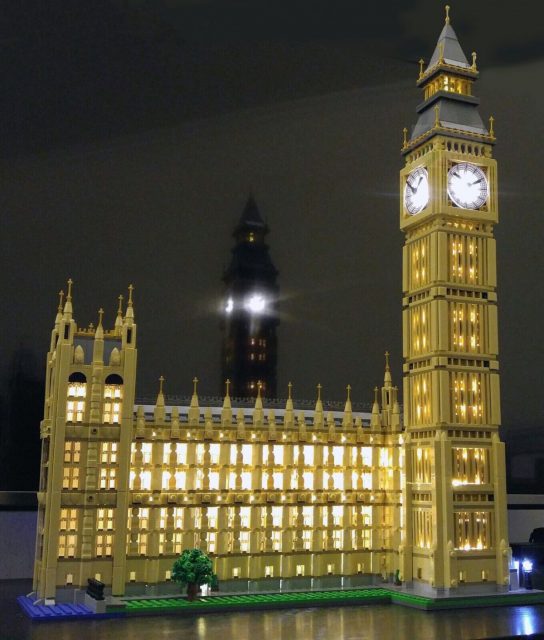 London’s Big Ben is also here for the lit light party. Enjoy seeing the landmark at night in real life? With the LEDs, you don’t even have to step out of your home with this beauty gracing your display cabinet or shelf. 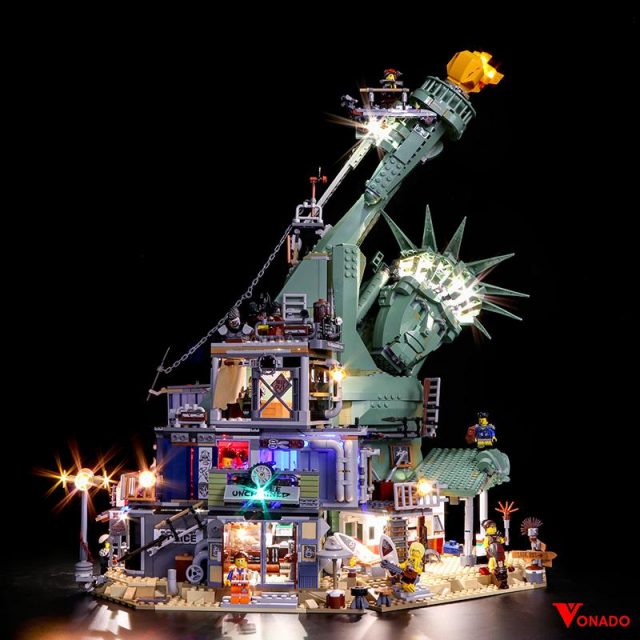 Rounding off this list is one of the latest, most iconic LEGO sets you’ll ever set your eyes upon. The half-buried Statue of Liberty shanty town of Apocalpyseburg from The LEGO Movie 2 is already awesome on its own (check out our review here), but having an LED light setup just triples the awesomeness. Now you’ll be able to experience this beast of a set as it would look at night. 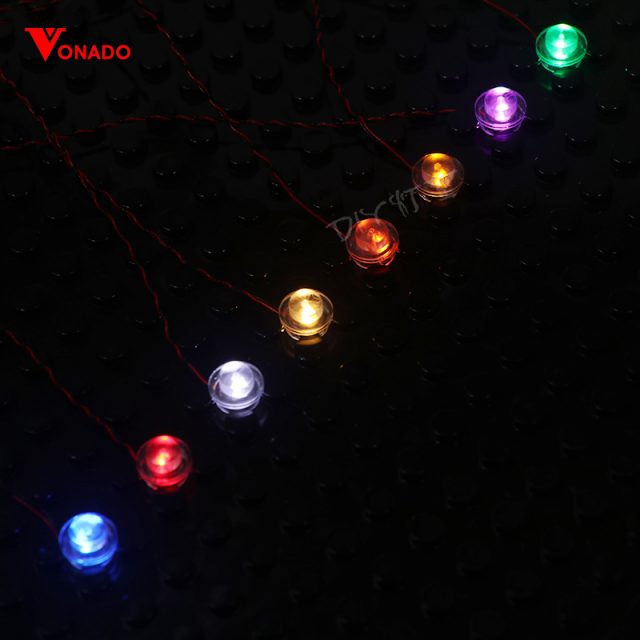 Unfortunately, not every LEGO set comes with an accompanying LED light set. But not to worry, you can always DIY a setup yourself. Get a set or two of these small lights, along with some cables and battery cases, and you’re all set!

Just check out our sick setup of this brick-styled Infinity Gauntlet:

Everyone’s favourite four-wheeled iconic time machine looks fantastic as a LEGO set. Wanna make it more lit than it already is? Get some LED lights and you’re gold! Actually, this LED set (and the Flux Capacitor behind it) is available on Amazon US via Brick Loot. As such, the prices and shipping may vary (and may even be slightly more expensive than the rest of the items here as a result). Regardless, it’s a neat set to have!

Everything is truly more awesome with LEDs. Do consider getting a kit for your LEGO set, should it strike your fancy.

We at Geek Culture have had firsthand experience with some of these setups, as you could see in our multiple social media posts and reviews. The final verdict: these LED light kits are a 100% recommendation from us!

Of course, these are just a fraction of the kinds of setups you can purchase on AliExpress. Head over to the Julite and Vonado store pages to see more.