Keanu Reeves Could Be Joining The Fast & Furious Franchise

Earlier this year, there were rumours floating around that Keanu Reeves will be appearing in the Fast & Furious spin-off, Fast & Furious Presents: Hobbs & Shaw. As it turns out, that rumour was entirely false and Reeves made no such appearance in the show.

However, that does not mean that Reeves won’t ever be appearing in a Fast & Furious movie as the actor has, in fact, been in talks about joining the franchise.

News about this came from Chris Morgan, the writer behind Hobbs and Shaw, who shared with Screen Rant about his talks with Reeves.

“I sat down with him and we’re talking about. I wanted him to be in the Fast universe for a very long time. We’re just trying to find… the hardest thing is always time and competing schedules and then designing the right thing together. My fervent desire is to bring him into this franchise for sure.”

Reeves is indeed highly in demand nowadays, with roles in several upcoming sequels including John Wick: Chapter 4, The Matrix 4, and Bill and Ted Face the Music. This is not counting the immense love the internet has for the man, with numerous memes made in his honour, including the ever-famous Cyberpunk 2077 ‘You’re breathtaking!’ meme.

It will certainly be fun to see Reeves lend his talents to the Fast & Furious franchise. Who knows, he might just make a special appearance in the upcoming Fast & Furious 9, which is already in production. 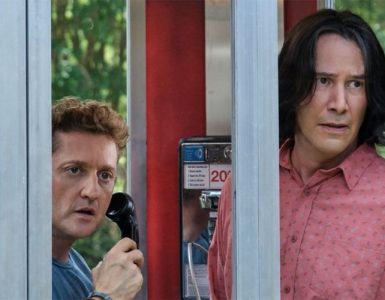 It's time to face the music.

Pull over, for a new warrior is in town.

Hellblazer might be returning to the silver screen once again.