Geek Review – King’s Quest: Rubble Without A Cause (Chapter 2)

So it’s been a rather long wait since we revisited Daventry and the trials of Graham as retold by his older self to his grandchildren.

In this chapter of King’s Quest, things take a definitive turn into Prison Break country. Graham, now newly crowned King, struggles with the challenges of decision making and statehood. Caught off guard by the myriad choices a king must make, Graham goes to the solace of friends and subjects he met in the previous instalment.

Except, they have all vanished?

Not long after, Graham himself ends up underground and behind bars with his missing friends. Given a list of chores, Graham must negotiate his tasks, find food for his friends, strengthen himself and devise a means of freeing himself and/or his friends before hunger and sickness takes them one or all. 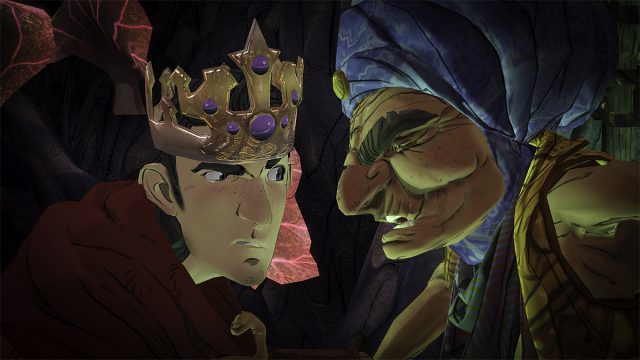 In this instalment, to borrow from industry TV jargon, the narrative is one of a bottle echapter. Think the Chinese restaurant episode of Seinfeld, or the Friends episode “The One where no one is ready”.

Likewise in this instalment of King’s is largely based around the underground prison of Graham’s incarceration. Graham has to figure out the exact sequence of item exchange and object manipulation to secure the freedom of the prison populace before too much time passes and hunger claims each of them.

While the puzzle structure remains clever, this instalment of King’s Quest can be frustrating for perfectionists and completionists. The urge to restart the entire chapter to get things right is a frustrating one, with the game interface not exactly built to make restoring and replaying an easy access proposition. 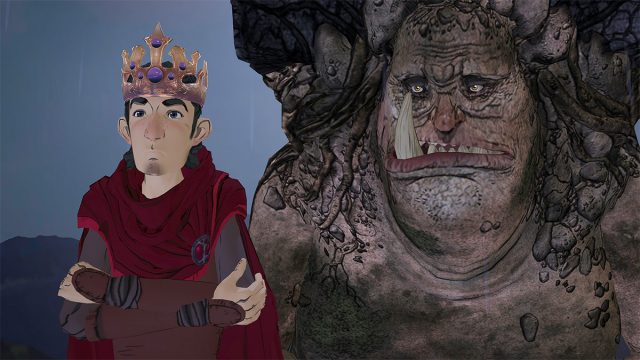 There is really not much to elaborate about the story in this chapter because it is almost all just puzzle solving with no greater plot arc to behold.

This is all obviously, quite disappointing.

It’s with some regret that I have to weigh in and say this chapter is nowhere as long or narratively robust as the impressive first chapter. That said a couple of plot possibilities have been set up with this instalment. And the next chapter should be a clearer indicator of where this episodic franchise will end up on the adventure gaming spectrum.

When they touch down, we’ll blow the roof. They’ll spend a month sifting through the rubble and by the time they figure out what went wrong… we’ll be sitting on a beach, earning twenty percent.