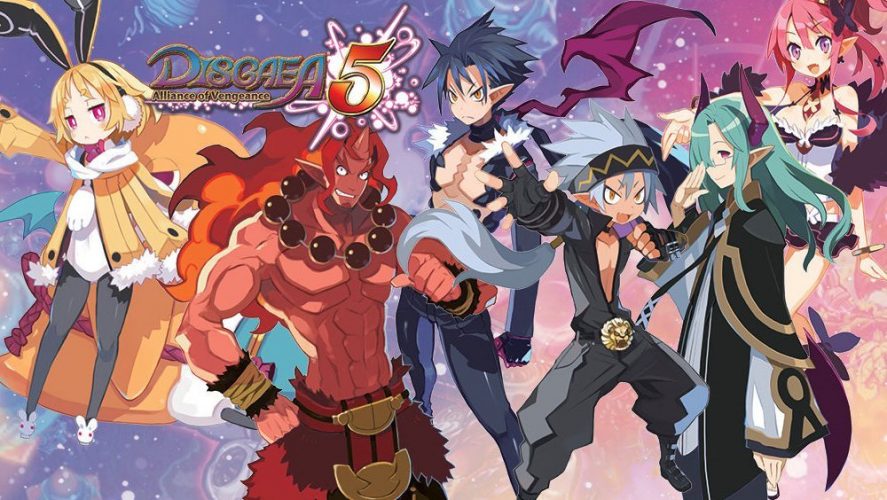 I have fond memories of the original Disgaea: Hour of Darkness on the PlayStation 2. With a reputation for being incredibly grindy with ridiculous amounts of content, this strategic RPG series put Nippon Ichi Software on the map for non-Japanese audiences worldwide.

Disgaea 5: Alliance of Vengeance in the latest entry in this series, and seeks to drag the old-school franchise kicking and screaming into the modern age on the PlayStation 4.

Cutting to the Chase

The core gameplay of Disgaea remains largely unchanged in Alliance of Vengeance. You still move your characters around on a tactical map in a turn-based format, setting up powerful combos and team attacks, with the ultimate aim of wiping enemy units off the grid (most of the time). 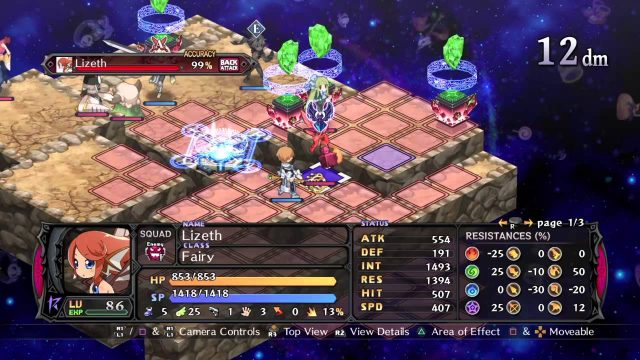 If that sounds like dozens of other SRPGs you’ve played, that’s because Disgaea 5 revolves almost entirely around this tried-and-true formula – though it does retain several nuances that fans of the series would certainly appreciate. Picking up and tossing party members (sometimes several of them at a time) across the board is still very much a thing in this latest installment. And yes, throwing Prinnies still makes them blow up.

The ridiculous number crunching also makes a bombastic return, with end-game damage numbers going into the literal trillions. Disgaea 5 is digital nirvana for min-maxers, with a huge variety of character classes available for customization, and players can spend hours in the game’s menus optimizing their characters. 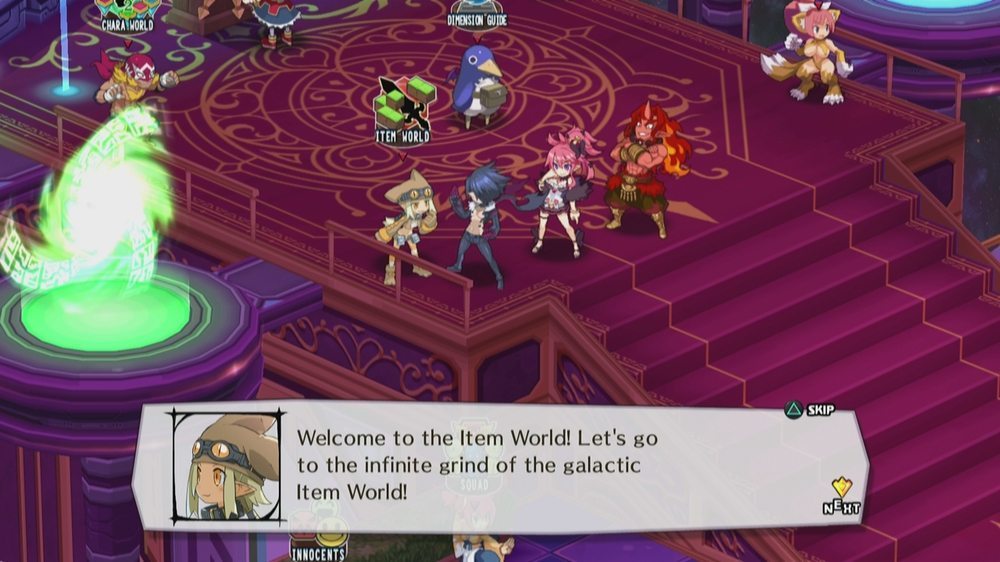 As grindy as the game may be, the sense of satisfaction when you do manage to attain that ideal combination of stats, abilities and gear is undeniable – at least until you come across something better, and the process starts all over again.

While this might sound intimidating to newcomers, Disgaea 5 comes with a surprisingly robust set of tutorials, which helps to ease new players into this over-the-top universe one obtuse game mechanic at a time.

And what a universe it is. The story takes place across the Netherworlds, with much of the game’s cast being made up of demons and their various extended family members. Despite the interesting premise, the 2 main protagonists, Killia and Seraphina, are of the cookie-cutter variety and not all that interesting. 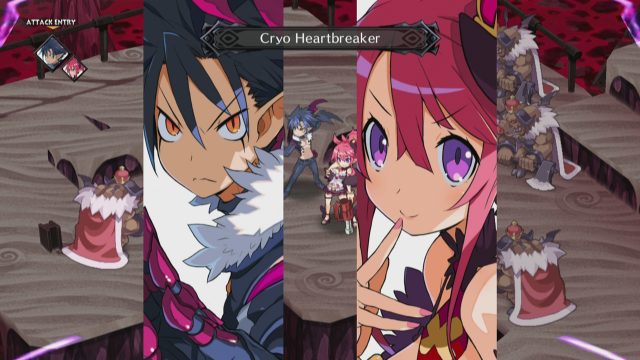 One’s a mysteriously powerful, no-nonsense “tough guy”-type with a chip on his shoulder, and the other is a ditzy, haughty princess who has no idea what shes capable of – in other words, characters we’ve seen a million times in Japanese RPGs.

The supporting cast fares much better, though; Zeroken and Red Magnus in particular are quite a treat, and I’d encourage players to go through the game and unlock those 2 as soon as they can. 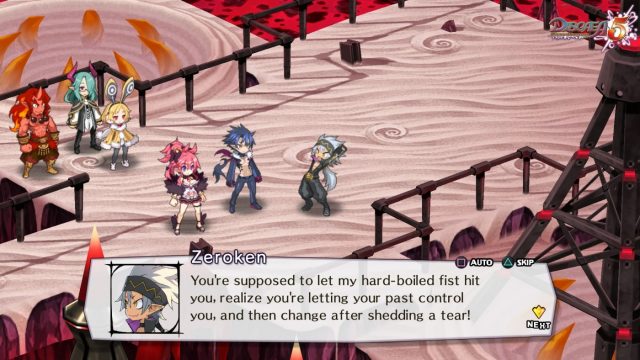 The story falls firmly into the run-of-the-mill “bunch-of-young-rebels-with-issues-get-together-and-fight-evil-with-the-power-of-friendship” category. While the narrative isn’t the greatest, I applaud Disgaea 5 for fully embracing it’s over-the-top nature.

Anime lovers will find plenty to like here, while fans of more traditional story-telling might cringe at the hammy dialogue and implausible situations. Depending on your personal tastes, your mileage may vary.

If you’re a fan of old-school artwork, you’re in for a treat with Disgaea 5. Character sprites are lovingly-rendered in 2 dimensions, with some fantastically over-the-top animations for special attacks and team-ups. 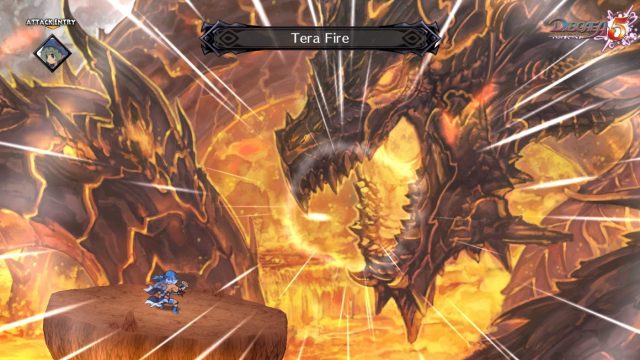 Considering the copious amount of special moves that seemingly end with the destruction of the entire planet (and then some), over-the-top is an understatement. However, these gorgeous animations can get drawn out and tiresome after you’ve seen them a handful of times, and the game helpfully allows you to disable them and get right to the number-crunching whenever you see fit. 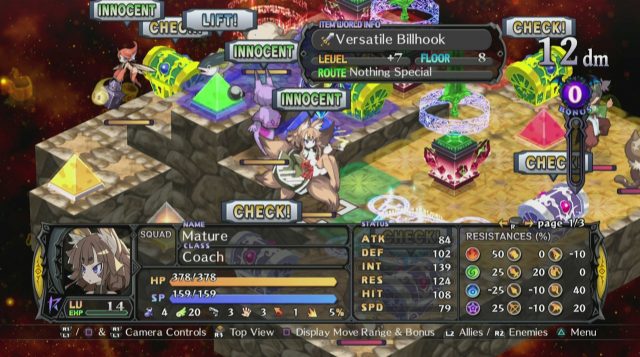 Quite frankly, Disgaea 5 doesn’t push any graphical envelopes, and at first glance may not even be recognized as a PS4 title. This is not to say that the game looks bad per se – what Disgaea 5 lacks in sheer graphical prowess, it makes up for in presentation and art direction.

READ ALSO:  Marvel's Iron Man VR Extended Demo Is Out On PlayStation, Bundle On The Way

All in all, Disgaea 5: Alliance of Vengeance is a great introduction for newcomers to the genre, and veterans of the series will certainly appreciate all the tweaks and refinements that have been made to the core gameplay mechanics. The game is an unabashed time sink, but dedicated players will find a highly rewarding experience waiting for them should they choose to invest the effort.

The huge amount of content can keep players busy long after they’ve finished the main storyline, and while the protagonists of this installment failed to grow on me as much as Laharl and Etna did, the tactical RPG experience remains second to none.

Disgaea 5: Alliance of Vengeance may lack the charm of it’s predecessors, but it makes up for that with a slew of improvements in gameplay and plenty of tongue-in-cheek humour. The massive scope of the game ensures that players will not run out of things to do for a long time, and the level of customisation is sure to satisfy even the most obsessive gamers out there.