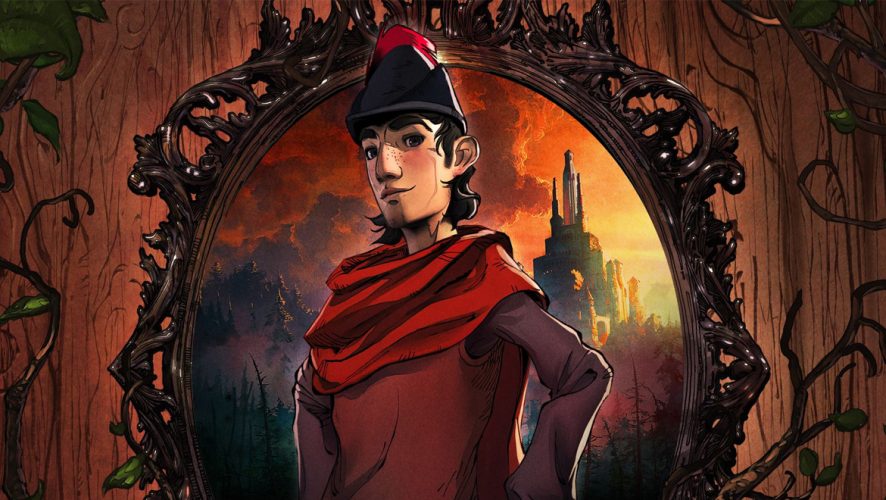 To know the original King’s Quest is to step back a life-age into the evolution of graphical adventure gaming. Before the well worn tales of Guybrush Threepwood and Manny Calavera, themselves much loved icons in adventure point-click gaming, there was the original. The arguably first recognisable hero of the graphical adventure gaming genre was Sir Graham of Daventry. In a world where “save” and “restore” were barely concepts, Graham’s world was a rather silent and death fraught, where the key to his salvation lay in the specificity of your instructions to him via text entry box at the bottom of the screen.

“GIVE CARROT TO GOAT”
“TAKE BUCKET”
“GIVE ROSE TO PRINCESS”

King’s Quest was the franchise that sparked off the notion to the rest of the early computer industry that apart from processing applications, computers could produce entertainment worthy enough of critical acclaim and now importantly, impressive revenue. Graham’s original journey was a largely solitairy one, where death was always a step away, and head slaps and swearing not far behind. 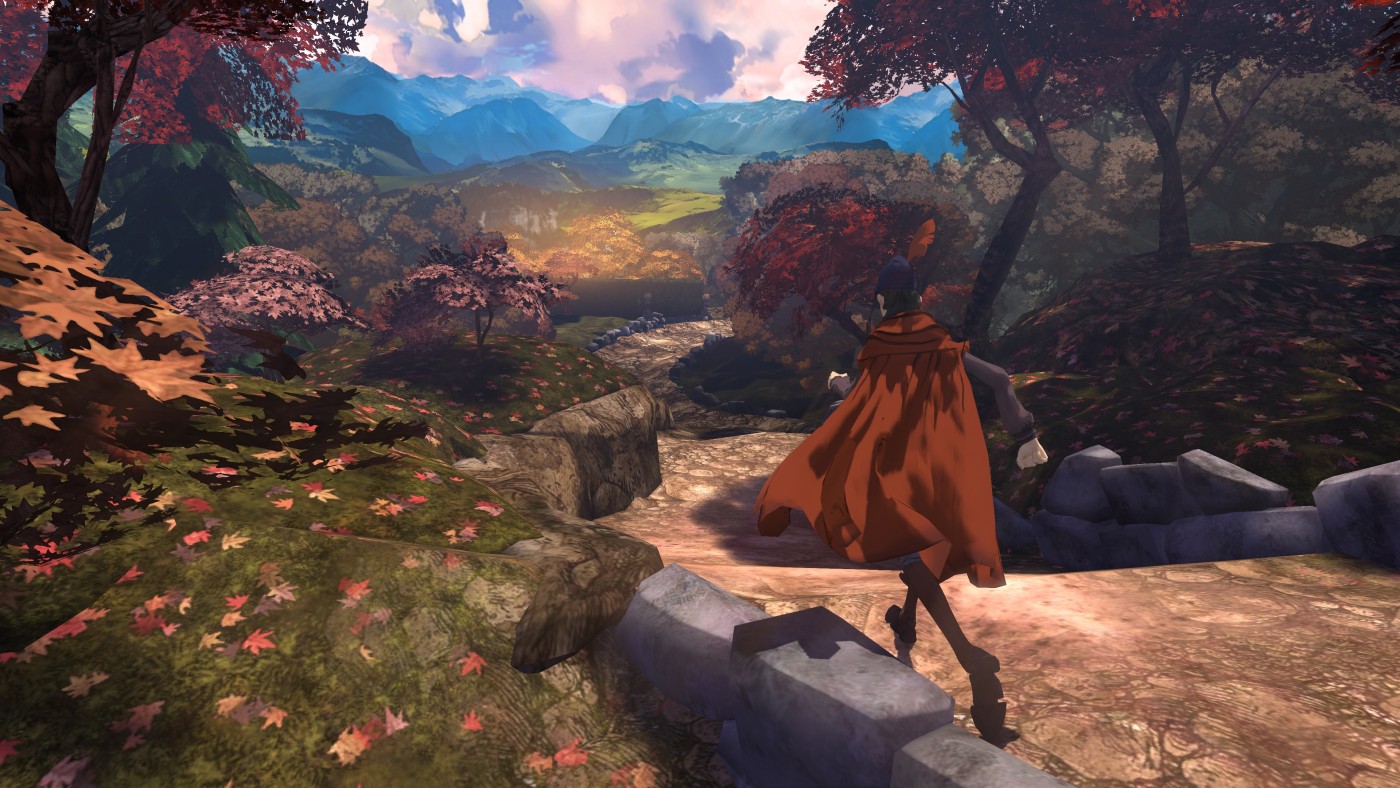 But let’s not get too carried away with how important King’s Quest was as a predecessor to pretty much everything that is present in modern adventure gaming, that’s a given. Let’s talk about love. A love that made Sierra the publisher synonymous with adventure gaming for such a length of time.

King’s Quest as a series was birthed from the fervent imagination of Roberta and Ken Williams. An ode to simple fables of yore revolving around a hero’s journey, you played an adventurer in spirit and not so much skill, Graham had the heart of a hero but did not come with much more heroic resilience than you or I. He would slip and fall off pathways, handle snakes and die instantly, and secretly sneak up to dragons and get chargrilled. Which made King’s Quest equal parts exciting yet frustrating and certainly more challenging than the future adventure game types where the death dynamic was altogether disposed of.

Text entry made finding the right phrase key in solving puzzles. And more often than not, a wrong entry resulted in the stonewall deadpan response of “You cannot do that”, one thing that early gen gamers can certainly attest they are not sad to see the back of. Nonetheless, King’s Quest was a labour of love, deftly weaving common lore from Arthurian tales of legend with stories from Hans Christian Andersen and the brothers Grimm, to create a world where you navigated peril and death to pass a series of challenges to save a dying kingdom of an aged ruler and his beautiful daughter. It was serious fantasy stuff. Dwarfs would try to chase you down and make you little spoon. Witches would wake up while you were trying to get keys off them and transmute you into camel spunk. Or something. You get the idea.

So beloved was the title that the original one spanned a series of franchise titles, each one more technically and narratively advanced than the previous one. And after that series was passed by, from more sophisticated challengers like The Secret of Monkey Island and Quest For Glory series.

Yet the game’s romance saw die hard fans creating full fan made versions of the narrative decades after for download and play. Now that’s dedication to the grandfather of modern adventure gaming as we know it today. (Sorry, Zork. You just aren’t quite relevant anymore.) So how does the new King’s Quest stack up?

For something that would have been classified as “Firmly in the past”, it is astounding how much care, love and craftsmanship has been made in this project to echo the nostalgia of its predecessor, yet adapt to the adventure gaming styles of the now, resulting in a game that looks vibrant and lush, sans text entry field, using sparing QTE elements, and a gradually challenging problem solving gradient for the kids, and a style of narration that is pretty grin inducing and fresh.

In a golf clap stroke of genius, the new King’s Quest starts with you playing the memories of Graham’s adventures as he tells them to his granddaughter, as a result the narrative becomes your feedback as you try to solve puzzles, with often chuckle inducing results (This dynamic was used spectacularly in the indie game Bastion). Legendary comic Christopher Lloyd absolutely nails endearing and cantankerous old Graham and the new dynamics of gameplay are easy to pick up.

Mostly a case of contextual object and inventory interaction, this first episode of a 5-part season was surprisingly meaty, I dare say even more than a normal Telltale Games-sized episode.

Graham is old and regaling his granddaughter with a sense of adventure and wanderlust, and retelling the tale of the tasks he set out to achieve before being knighted. Over the course of the game, key decisions offer choices, which hint to change the way the story arc would turn (much like the decisions in The Walking Dead). But the tone is so spot on, balancing between light-hearted and deadly (Yes, you can die but it is never an insufferable process) 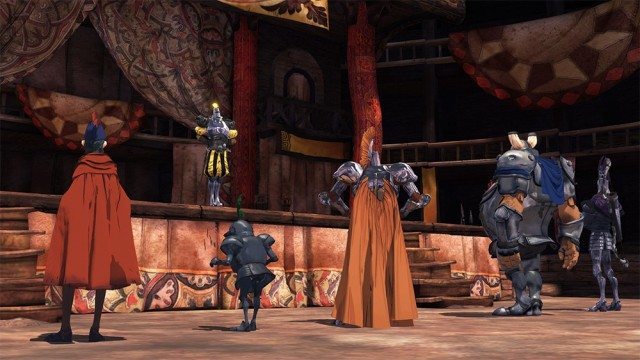 Some of the puzzles can take a bit of time to figure out but overall this episode is solid with good plot progression.

There is a really impressive voice cast in this game and it hints at being rather memorable as a return for King’s Quest into the gaming zeitgeist. It may not be up there with the most engrossing storyline (see Life is Strange or Game of Thrones) but it certainly has enough new dynamics and play about it that just a revenue generator based on nostalgia and fan service.

Charming in spades and easy enough for the kids, with ample doses of humour, King’s Quest is a rich mix that stands right on the junction between the styles of The Princess Bride, Monty Python and The Secret of Monkey Island. It has enough originality to not cost on the nostalgia of its earlier roots, and where it’s gone narratively seems like such a good way of carrying this gaming lineage forward. (Would love to see Rosella at some stage though)

Not flawless but certainly recommended.

King’s Quest brings a mix of something new to the nostalgia of the classic tried and true. The result? Magic.

It's a remaster that's 5 years too late.