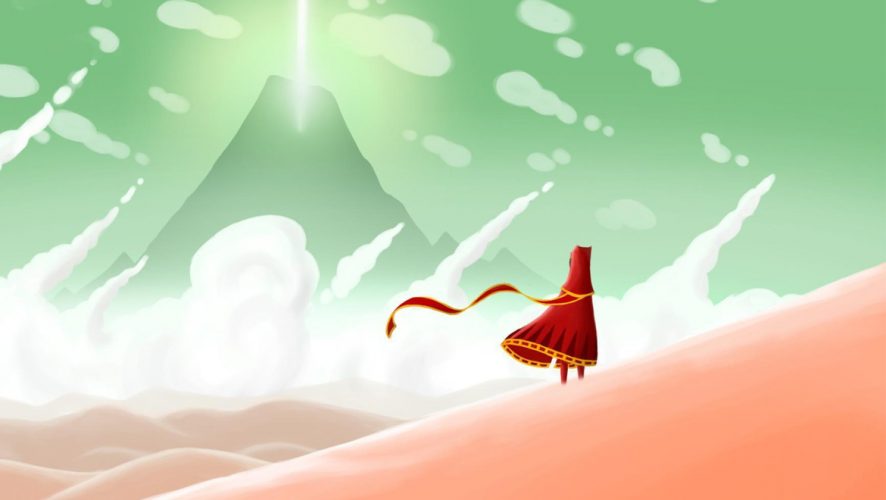 According to Ralph Waldo Emerson, “Life is a journey, not a destination.” Now imagine that quote as one of the most beautiful video games you’ve ever played, and think of this game as a cyclical mythic poem in motion. 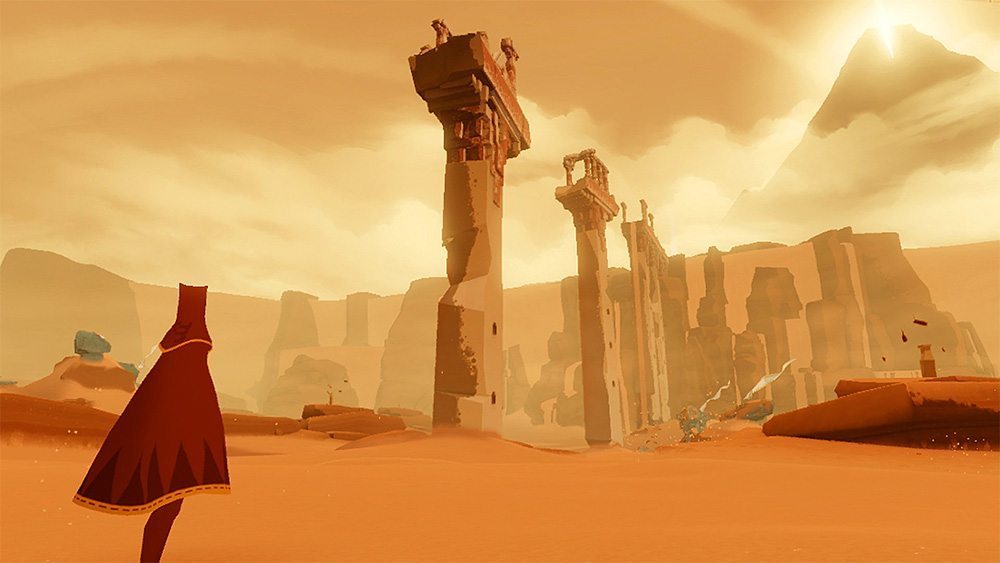 The very first thing you’ll notice when playing Journey is just how gosh-darn pretty it is. From level design to character design, you won’t be able to stop marveling at what you’re looking at. The sands of the first few levels shift with every step, slide, and change in wind direction. The creatures you meet along the way move through the air with a grace usually reserved for balletic swans.

Once you start watching the pictographic history (or future) of this world, you’ll notice that even the 2D art is amazing. Throw in the atmospheric and haunting score along with the great ambient sounds of the world, and this truly is one of the best designed games I’ve ever seen or heard.

The best design decision, however, was making the playable character a nondescript bipedal humanoid in a flowing red robe or dress that speaks only in music. The identity of the character is left purposefully vague so that every player can decide for his or herself who exactly this person is. My wife decided the character was a female. I further decided she was a mage-in-training. Ultimately, these decisions didn’t matter, but it made us more invested in the character and her journey. The fact that there is no written or oral language in the game, along with no real instructions to speak of, further emphasizes the fact that any player, regardless of background, can play this game. 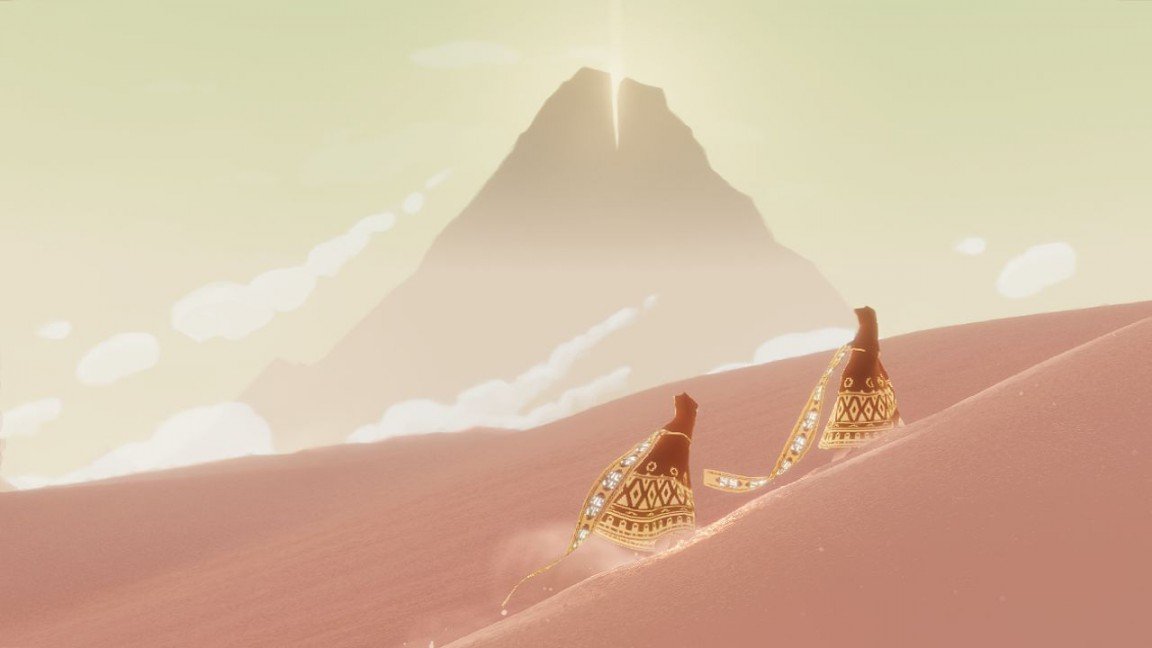 How to Play Video Games and Why

“Yes, it’s very pretty and poetic and all that, but how does it play?” I sense you asking. Well, I don’t want to reveal too much about the game play for fear of ruining what is a very fun and organic flow (in fact, if you still know nothing about this game, I beg you to remain as innocent as you are now until you play through the game). The game shows you what you need to do only when you first need to do it, and some things it doesn’t explain at all; you just have to figure it out for yourself. Journey almost defies traditional categorization, but I can say that it’s like a platformer with a very light RPG touch.

But that doesn’t really matter. This is a game I can wholeheartedly recommend to pretty much any gamer, but be warned: seasoned gamers may not be challenged by the gameplay, but they may be challenged by the themes and tropes presented therein. This short game (it took me about an hour from beginning to end… to beginning…) will hopefully challenge you in the same way a particularly well-crafted film or well-written piece of literature does.