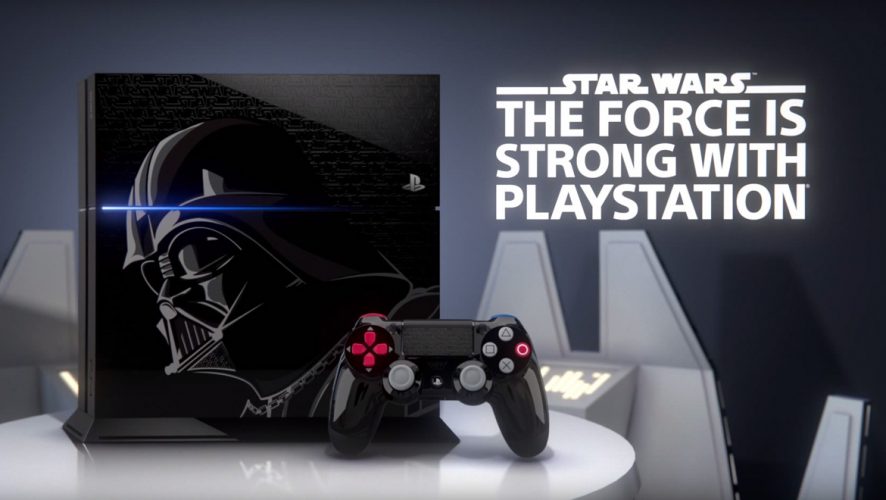 This week is turning out to be quite a week for Star Wars fans! First there was the announcement of Disney’s two Star Wars Lands, then the upcoming LEGO Star Wars: The Force Awakens sets were revealed, and the cast of next year’s Rogue One movie reveal.

This time, we have a reason to replace our aging PlayStation 4 console, with a shiny new customized PS4 and DualShock 4 wireless controller inspired by Darth Vader!

The limited edition PS4 is set to launch on 17th November 2015 with two different bundles. Geeks will get to choose between Star Wars Battlefront or Disney Infinity 3.0 Edition. On top of that, both bundles will also include code redemption vouchers for four classic Star Wars games of old, one SNES and three PS2 games (see below for the titles)!

Tempted yet? Scroll down to see the product shots. 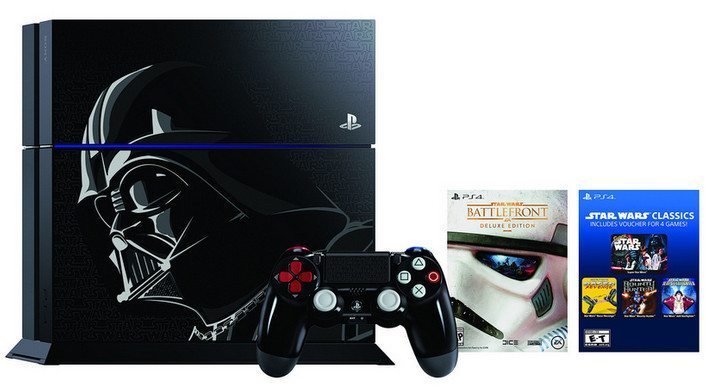 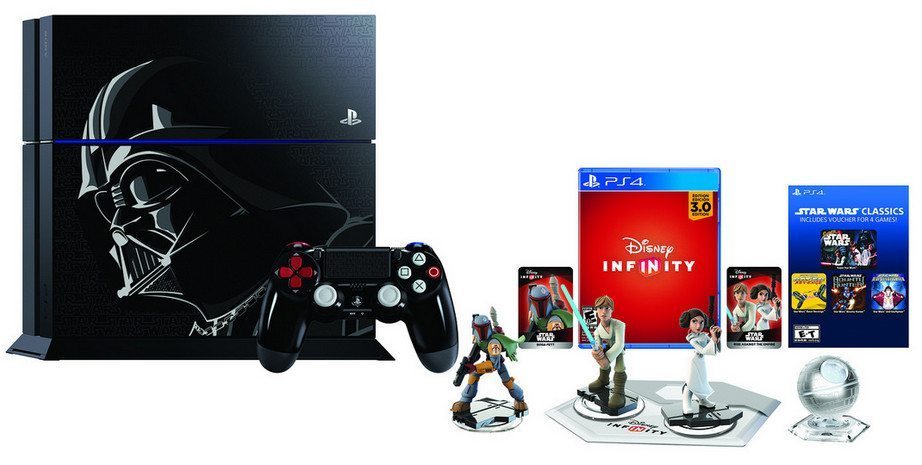 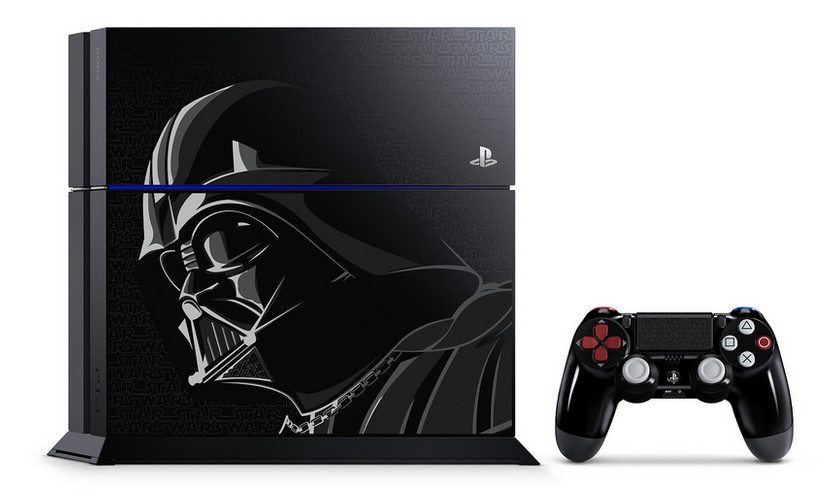 Now watch the unveiling below:

Let us buy the PS5s!