It’s been a week since we made our yearly pilgrimage to Los Angeles for the Electronic Entertainment Expo.

E3 2019 was no doubt sorely missing the presence of the likes of Sony PlayStation and Activision, but that just meant there was more space for the other AAA devs and publishers to put up extravagant and over-the-top booths.

We won’t get too much into it, but here are the top five booths (in no order of merit because they’re all awesome) that caught our eyes at E3 2019.

The Japanese gaming contingent still had a strong showing despite the absence of Sony, and Capcom’s totally badass life-size Velkhana statue leads the charge on their end. Despite only having booths for Monster Hunter World: Iceborne and Street Fighter V tournaments, they have totally captivated us with just the icy new Elder Dragon alone.

Again with their mammoth displays of force, Nintendo never failed to entice their audience with their games. The queues to demo the likes of Pokémon Sword & Shield, Luigi’s Mansion 3 and The Legend of Zelda: Link’s Awakening remake are staggeringly long, but that didn’t stop gamers from getting their hands on the demos.

Square Enix is another prominent showing at this year’s E3, riding the hype surrounding the Final Fantasy 7 Remake and Marvel’s Avengers. While the Marvel’s Avengers section wasn’t all that impressive, what really caught our eyes was the stronger FF7 showing, with tons of concept art, 6-inch-scale figures of Claude and Barrett, limited-edition FF7-themed Seiko watches, and a frickin’ 1:1 scale Cloud bike just garnering a ton of “oohs” and “aahs” just outside the main hall.

2K Publishing’s whole schtick this year was all Borderlands 3. It made perfect sense, as the game was highly-anticipated since it was teased at the start of the year. Naturally, the queue to demo Borderlands 3 was insanely long, but when you’re a gamer eager to step into the lawless world of Pandora once more, nothing else matters.

Bandai Namco’s roster of games is one of the larger ones out there, with the likes of Dragon Ball Z: Kakarot, Code Vein and Man of Medan all readily available for demo as well. The Capsule Corp spaceship was no doubt the talking point of their booth, however, and rightfully so as Dragon Ball Z fans are hyped to try out Kakarot when it releases next year.

Thanks to Fortnite, E3 may as well be E4, with the extra E as, well, “extra”. Theirs was undoubtedly one of the most bold, as their entire space was turned into a pseudo-fairground. From a game show, to a trampoline mini-game, to a Wheel-of-Fortune-style raffle and various food stands, as well as the iconic Battle Bus, there ain’t no party like a Fortnite party at E3.

Just because they’re here doesn’t mean they’re any less awesome, but we figured we’d let the photos do the talking.

While the turnout for this year’s E3 wasn’t as large as the last, the devs and publishers who were around still pulled their weight and came up with some stellar displays.

Here's a better look at Leon and Claire too. 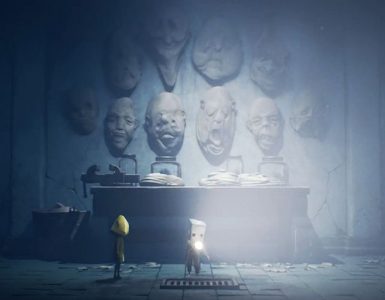 Mono and Six are back, this time in a dark, abandoned hospital.