It is a path well-threaded by Supermassive Games, after all, the popular Until Dawn broke onto the scene and claim plenty of plaudits for its depiction of horror tropes and exciting moment-to-moment gameplay.

Now, they are aiming to catch lightning in a bottle once more, leaving platform exclusivity and expanding their horizons with Man of Medan (with the help of Bandai Namco in Asia), the first entry in the Dark Pictures Anthology. Game Director Tom Heaton and key cast member, Shawn Ashmore (of Quantum Break and X-Men fame) sat down with us to talk more about the game.

4 years on from Until Dawn, Supermassive Games has learned plenty from that experience, and ensuring players continue to be engaged, and captivated by the story unfolding in front of them remains integral to the experience.

The storytelling is vital to that, and for Man of Medan, the team was inspired by “movies like Ghost Ship and Triangle, where that sense of isolation, being trapped in a location and not being able to get out of it” is a key cog of that.

Heaton points towards the “myths around the sea sailors have.” And that was where Supermassive started. “It was about fleshing out that world, and really important to work out what the characters in the story were going to be like, how they would interact with that world.”

Storytelling can only go so far in some cases, but Man of Medan will continue to draw upon environmental storytelling to flesh out this world and let players figure out what is going on.

“We have got secrets, which are things in the world which are telling you a tiny bit of information about the backstory. On its own, that information isn’t much good. But when you find a load of them, you can piece things together, work out what’s going on, and that can help you survive,” Heaton said.

“And we also have these premonitions, these are pictures that you find in the world that give you a tiny little glimpse of a possible future. And the idea is that if you can work out how that can help you then you can use that to your advantage”

With each playthrough lasting around 4-5 hours, trying to hold the players’ attention for future replays can be a challenge.

Supermassive knows that “it’s about giving different styles of gameplay. Sometimes it’s exploration, sometimes it’s kind of discussing and choosing what to do. And it’s making sure those things where you can find out things about the story are spread throughout the game. You know, even quite late on you’ll be finding out new stuff. Maybe that will make sense of things that happened a long time.”

Going beyond the PS4 could have presented issues, but Heaton shot that idea down.

“It’s been a good experience going multi-platform. We’re very excited to be able to bring our games and these kind of punchy narrative choice driven games to Xbox and PC and to Sony. So yeah, it’s exciting for us to to be able to broaden the audience. And it’s been a great positive experience.”

As for Ashmore, it was all falling into place. He was a big fan of the concept and story of the game, as well as the genre, it was a match made in heaven.

I love what Supermassive does like, what Until Dawn was. And so I just wanted to be part of that. And when I’m choosing roles in games, I want bold storytelling and I want really narrative, performance-driven characters and stories.

Having “never played a character like Conrad,” who Ashmore views as an “instigator” in the events of Man of Medan, it was ultimately “a fun character. It’s almost a larger than life character. And that was a lot of fun to play within the context of this crazy, scary, scary story.”

The branching storyline and multiple paths to different endings remain true to the game, and for Ashmore, the interesting part was “as an actor, usually, you get a script and film or TV script. And there’s only one story.”

Of course, everyone can survive, and everyone can die, it is all in the hands of the players. “They can all live , they can all die. And you never know when that’s going to happen,” Heaton emphasised. “So you never, you can never quite relax. Because death is kind of everywhere. You just never know, even the tiny little decisions you will have to think really hard about.”

Technology has certainly made things easier for the developers and actors, especially in mo-cap. Until Dawn‘s characters had a depth to their expressions, and the animation was top-notch, and Man of Medan will be even better.

“It becomes better for the actors,” Heaton said. “Facial capture is incredibly accurate. So we can get tiny nuances of performance. And that’s great for us, because we want to make cinematic type games with cinematic quality.”

The process extends to creating an environment for the actors to thrive in as well. The team “set up a stage” with the lights and cameras and let the performers do their best in “an environment as familiar to them as possible.”

Having everyone there was “the best part” for Ashmore, as they could “work off each other” in real-time. Being able to “look into their face and sharing that performance and feeding off each other, you can achieve a performance just by yourself and acting off of nobody,” he continued, “but there’s something that you will miss if you don’t have all the actors in one space.”

Being able to look at each other and even just have a conversation about what the scene is like, discuss what that moment is and adjust. Ultimately, you’re all trying to put your input to create the character, to create the story and to make it work.

And I think that’s that chemistry that you can’t really control. It just has to happen when you’re there and all working to try to tell the story and create the best moments possible.

With the August 30 release date drawing near, horror fans will have plenty to look forward to with Man of Medan, considering the pedigree of Supermassive Games. And with The Dark Pictures Anthology set to continue, this could just be the first of many vintage horror titles that will soon find a home on PS4, Xbox One, and PC. 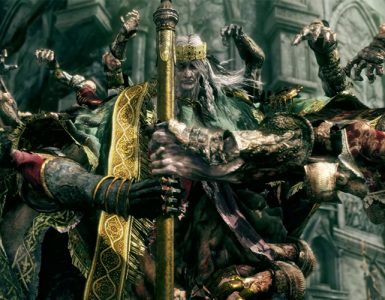 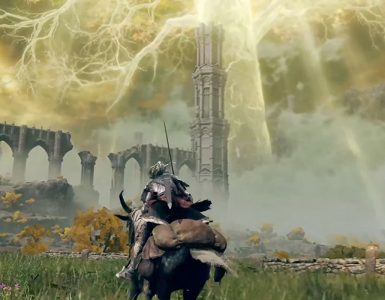