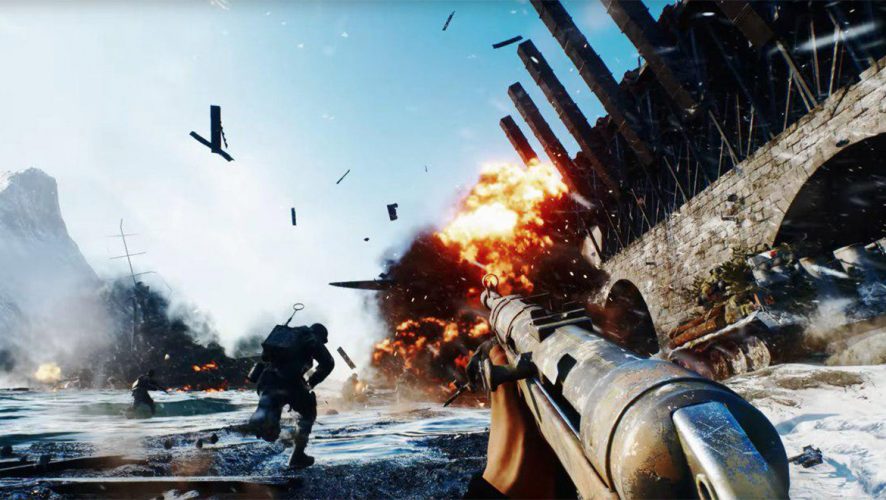 It’s that time of the year again for the gaming community. The Electronic Entertainment Expo (E3) is back for its 2018 iteration, and things are already in high gear with reveals from the Countdown to E3 live stream.

Kicking off the first of E3 2018’s press conferences is EA, who has promised more Battlefield V and Anthem content, after an earlier teaser reveal for both highly-anticipated titles. And while these two might have been the stars of the event, there’s still plenty of other games to check out, and more excitement where it came from!

From the brand-new Sea of Solitude to the usual EA Sports announcements, here’s what went down during EA’s press conference.

Arguably the most anticipated reveal of the night, EA started off with a bang by unveiling a trailer for the Nordlys war story of Battlefield V! This is part of Grand Operations in Battlefield V, which is a game mode also seen in Battlefield 1. Despite the backlash caused by the addition of a female soldier on the front cover of the game, the visuals have proven to be real slick, with smooth frame rate, dynamic explosions, and emotional moments.

Building upon the multiplayer and battle royale feature, it will feature a multiplayer sandbox, as well as fighting across multiple maps and modes, so get your exploration spirit ready! The newest trend in gaming, the Battle Royale mode, is also incorporated into BF V, “with the core pillars of destruction, team play, and vehicles.”.

Those are not the only new elements, however – apart from being able to dive and smash through windows for an ambush attack, players are able to move weapons around the battlefield to gain advantages. Sweet.

In essence, the Battlefield series focuses on the struggle of war, and the latest instalment seeks to keep up the trend by telling the untold stories and moments of human heroism. For a touch of realism, the game will also showcase real and relatable people facing the brutality of war, which means the witnessing of events through the eyes of the men and women. (Partial) realism, indeed.

The best news of the night? No premium pass, and no loot box. Hell yeah!

Even when first unveiled at E3 2017, Anthem bore similarities to Destiny, and the latest trailer further echoes this sentiment. The player enters the game as a Freelancer, and would take on the role from a choice of four different classes; Ranger, Colossus, Storm and Interceptor.

Our world, my story; Developers are promising a shared online world, where changing weather, terrain and daylight is synchronised amongst all players. The single player story however, would be the players very own. NPCs and quests interacted with in a single player timeline, which friends being able to join you once you embark on a new mission.

In the gameplay demonstration, we see the appearance of three of classes, specifically Colossus, Ranger, and Storm in their Javelin suits, in a changing and dynamic world, where the Anthem of Creation has resulted in unpredictable terrain and mutated creatures. In your Javelin suit, you would be able to run, fly and swim, around the beautiful world built around you.

Customisation is a heavy focus of Anthem, and players have the freedom to customise everything from personal armour to vanity items. There’s also – gasp – no loot boxes, no pay-to-win, with the continual addition of stories for years to come, so that the lore gets refreshed every once in a while. It’s a logical move, and hopefully it’d pan out well.

Slated for release on February 22, 2019, Anthem may possibly be the answer to the failures of Destiny and Destiny 2, in which case, it could mean the nail of the coffin for the popular shooter.

A new year, another new FIFA! With the World Cup slated to occur in 2018, the 2019 will instead shift the focus back to the Champions League, with a tournament mode to boot. But what’s a new game without improvements? EA has promised better gameplay quality, as well as polishing up the the tactical approach and tactic touch system. Launching on September 28, 2018, aspiring football champions can look forward to obtaining the actual UEFA Champions League trophy as the ultimate in-game prize, alongside FIFA Ultimate Team content and the customary story mode.

Before its release, players can get into the World Cup spirit with a free update for FIFA 18, where they can play as any country, including the unqualified ones. Singapore pride, anyone?

As an added bonus, FIFA 2018 is now free for trial for PS4, Xbox One, and PC, including any World Cup content – the best way to kick off the world’s biggest football event.

Star Wars: Battlefront 2 received mixed response when it was released, so perhaps Jedi Fallen Order could be the one game to restore the fans’ confidence in the series. It’s but a tease, and not much details have been revealed, except the timeline – the game is set between Episodes 3 and 4, during the dark times when the Jedis are being hunted.

Planned for a 2019 launch, more news will be forthcoming E3 2019. Definitely something to look out for, and hopefully no more loot boxes this time round? If anything, playing as a Jedi certainly is a dream come true for fans. 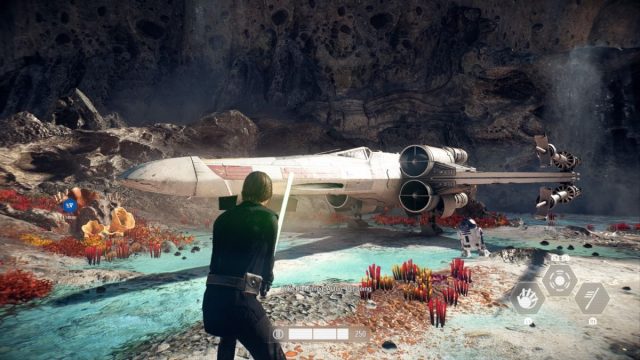 A double dose of Star Wars news! With Solo in the cinema lineup, the title is naturally in Han Solo season, with content from a new season coming in the week of June 17, 2018. Building on the team’s promise to renew their commitment to Battlefront 2 sees some exciting additions, such as capturing command posts, taking down capital ships, new starfighter modes focused around dogfighting, and get this – a large-scale multiplayer sandbox experience. It does seem like Battlefront 2 is taking on the Battlefield approach, which may upset some, but hey, it could turn out to be a well-executed move.

On that note, the lore of Clone Wars is set to be explored more deeply as well! Set on Genosis, it’s the largest level ever built for the game, and features fan favorites like Anakin Skywalker and (Hello there!) General Kenobi. With the strong interest in Clone Wars, this may be the much-needed spark to revive the game.

Gone are the days where indie games belonged to the small stage. Coldwood Studio’s Unravel Two sports an optimistic, unique, and adorable art style, with the option of solo play, or co-op with friends. It not only looks great, but is equally meaningful as well.

Here’s why: the premise involves yarn as a symbol of bond between people, carried over from the first game, Unravel. It’s friendlier, more playful and challenging than its predecessor, making it a more-than-viable choice for the Switch. Friendlier, more playful, and more challenging than its predecessor, the sequel allows players to split into two, alongside the very interesting ability to play as two players by yourself, which means you can literally carry yourself through the game.

Take these yarnies on an adventure from June 10, 2018 onwards, and yes, that’s today!

Another brand-new indie title in the lineup, Sea of Solitude is a serious game that focuses on being human, and emotions of joy, sadness and realism. The premise is an unusual but captivating one: A young woman named Kay suffers such loneliness that her worthlessness and hopelessness turns outside, making her a monster. Naturally, the narrative explores the origins of this and revolves around turning her back into a human. It’s poignant, real, reminiscent of similar titles like Senua’s Sacrifice, but in a more casual art style, with lingering eerie undertones – not that it’s bad, of course.

An emotional roller coaster awaits when Sea of Solitude drops on early 2019.

NBA Live 19 has upped its game on customisation, letting you create your very own basketball journey, both in the streets and in the league. A new Icon Progression system has been implemented, giving players unique ability upgrades and progression path throughout the game. Gameplay innovation including Real Player Motion Tech and dynamic commentary aims to make NBA Live 19 a more responsive and immersive game in the franchise.

But apart from these nifty additions, NBA LIVE 19 still looks very much like its predecessors, so all eyes remain on its animations – if it manages to not come across as stiff, then NBA Live 19 could easily surpass 2K.

Another year, another Madden NFL, but this time with Real Player Motion and a new animation engine to make the game more lifelike and responsive than ever, and the inclusion of new legends such as Terrell Owens’ return to the Madden Ultimate Team. Until we get some gameplay footage, it doesn’t look much different from previous Madden NFLs, so it’s uncertain whether this year’s edition will be able to capture the attention of its players. It launches on August 10, 2018, with standard and Hall of Fame editions.

With watered-down gameplay, it’ll be a difficult case to convince RTS purists to switch over, although it would make for a good introductory point for newcomers into the genre.

CEO of EA, Andrew Wilson, came on stage to share about EA’s new game streaming service, Origin Access Premier. It is an subscription service that would allows players to stream games from the cloud in HD.

The service is expected to launch next summer, and the first games that would be available are FIFA 19, Madden NFL 19, Battlefield V and Anthem. Aside from newly released games, users would also have access to the EA Vault, which is a library of over a 100 games, from EA and other publishers as well.

While Origin is not the best game client out there, we can hope that it provides a good and seamless experience. The success of this service could also be a catalyst for the rest of the industry to follow suit.

There is a free trial of their base subscription available this weekend, so be sure to go check it out!

In his closing address, Wilson briefly talked about the direction that EA is headed towards, which we guess is in reference to the whole controversy over micro-transactions and pay-to-win mechanics:

We want to be better, and we want to make great games. No one should be given an unfair advantage or disadvantage… Every moment you invest in a game should make you feel rewarded and given value for that investment.

While not directly mentioning any of the troubles that afflicted the launch of Star Wars Battlefront 2, it is quite obvious what Wilson is addressing, and we can already see that new direction taking place in Anthem not having any loot boxes or and purely cosmetic purchases.

With both familiar and brand-new titles, EA has kicked off the E3 hype to a strong start, and has shown particular interest in integrating into the mobile gaming market. There’s much content in store, but perhaps the best news for fans is the team’s efforts towards building a loot box-free system. Next up would be Microsoft, and stay tuned to our live coverage then! 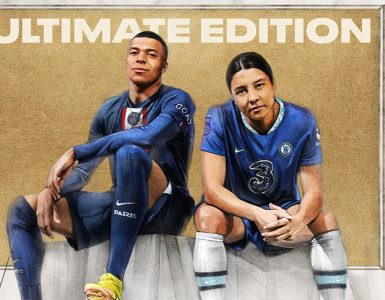