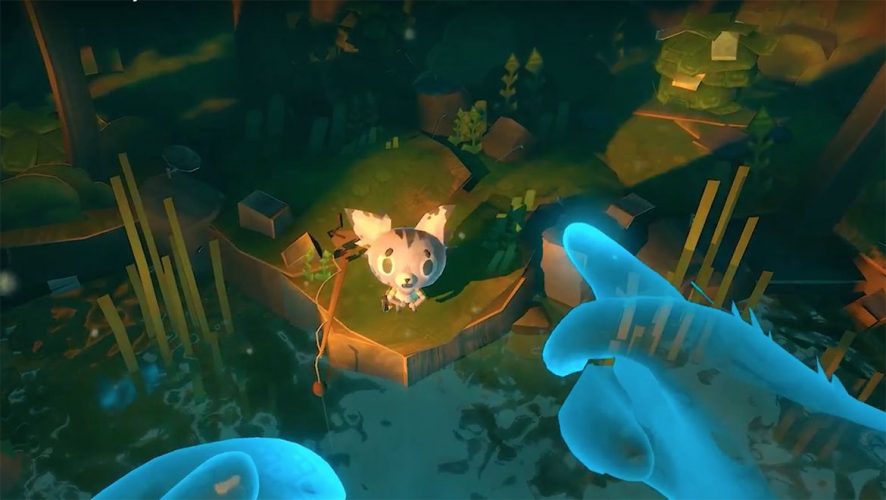 As the hype for E3 2018 continues to ride on a high, the Countdown to E3 live stream has revealed yet another title for the PlayStation VR, hot on the heels of Tetris Effect.

Game developer Zoink! has brought to the gaming community an adorable papercraft-of-sorts title Ghost Giant, where players play as a…well, giant ghost – if the blue, translucent hand in the trailer is any indication. With a whimsical art style that’s reminiscent of Moss, players will be transported into a world of vibrant, rich colours, where an adventure awaits. Despite the cheerful undertones and seemingly simple gameplay, the game actually focuses on the very real themes of loneliness and friendship-building involving a small character named Louis, who’s set to embark on a journey with the player’s help.

It’s interesting to see how such a concept will unfold in a VR setting, but the gorgeous visuals already have us wanting for more. Further details are to be expected in the coming days, with a brief description of the game mechanics as follows (Moss again, anyone?):

Use your see-through hands to lift furniture, vehicles and trees. You can even rotate and open entire buildings to reveal the stories going on inside. The picturesque town of Sancourt becomes your own little dollhouse sandbox.