With Disney forging ahead with their live-action remake of the classic, Aladdin, fans have been eager to see how the animation is literally brought to life with actors. While we have not yet seen them in action, actor Will Smith, who will be playing the magical Genie, has just revealed the first poster for the movie. 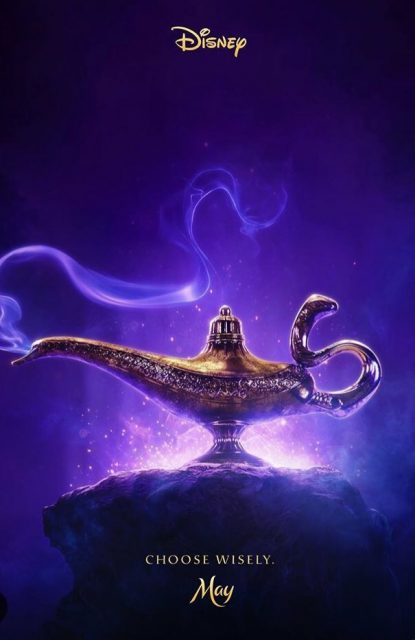 The upcoming remake will be directed by Guy Ritchie, with Alan Menken and La La Land songwriters Benj Pasek and Justin Paul adding some new tracks to the movie.

Aladdin comes to theatres on May 24, 2019, and will be starring Mena Massoud as Aladdin, Naomi Scott as Jasmine, Will Smith as the Genie, Marwan Kenzari as Jafar, Navid Negahbanas the Sultan, Nasim Pedrad as Jasmine’s handmaiden, Billy Magnussen as a potential suitor for the Princess, and Numan Acar as Jafar’s right-hand man.