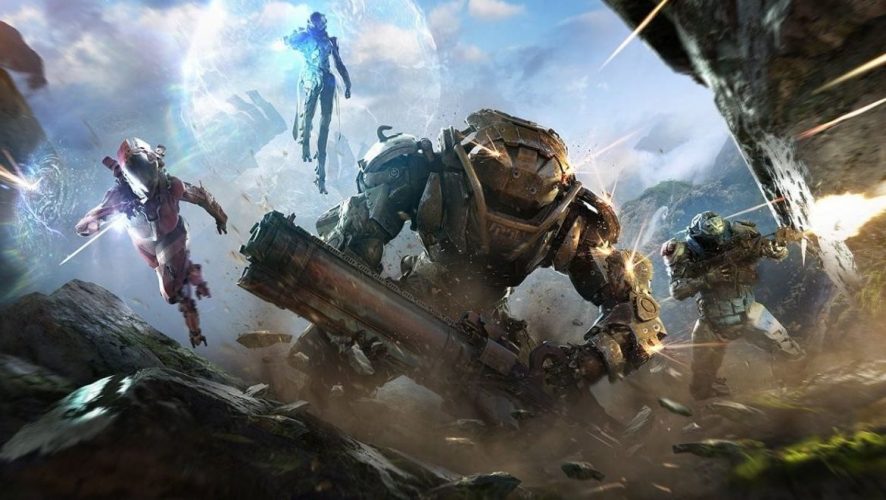 We’ve got a new glimpse of what you might expect in EA’s new flagship title Anthem, courtesy of IGN First.

In the eight-minute video, we saw footage of what a typical gameplay session of the third-person sci-fi open-world shooter might be like, through the eyes of two of the four available Javelin exosuit types – the agile Interceptor and the long-ranged Storm.

As we’ve seen in previous trailers and gameplay demos, what makes Anthem stand out from its current-gen counterparts – Bungie’s Destiny and Digital Extremes’ Warframe – players have the ability to take to the skies with their built-in jetpacks, which allows for some interesting verticality to your gameplay.

However, this gameplay demo showed us what one could do to the various monsters and enemies while airborne. 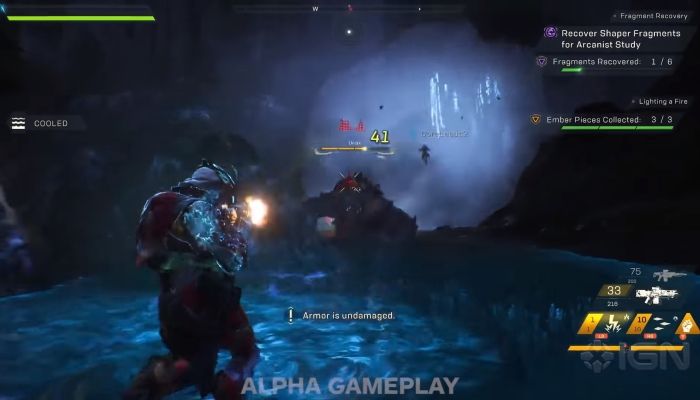 Throughout the eight minutes, the Interceptor could be seen floating around, taking a few pot shots at enemies with a shotgun, before closing the distance to ground-based melee combat by dive-bombing said enemy, and then proceeding to rip them apart with a pair of dual blades, provided they weren’t dead yet.

Likewise, the Storm flaunted its ranged arsenal, firing barrage after barrage of what looked like frost-based missiles, before switching to decimate a group of enemies with a huge lightning strike, and then switching back to a submachine gun to do some cleanup.

The demo also showed a couple of interesting new features. One of them includes world events, that range from a collection event to a huge boss monster-type creature bashing and smashing its way to players’ faces as they whittle away at it with their combined forces.

There was also snippets of treasure hunting for all you explorers out there, where you can literally explore every inch of Tarsis, looking for hidden caches of treasure stashed around little corners of the map.

Finally, there’s also the cool (pun intended) feature of cooling down your exosuit as you glide just above rivers, through waterfalls, or by simply flying downwards from a great height.

EA seems to be fairly serious in its delivery of Anthem when it releases, firstly releasing multiple gameplay demos and trailers across the past year. Secondly, having two of developer BioWare’s Mike Gamble and Jonathan Warner ensuring that the game’s storytelling quality isn’t sacrificed for the sake of sheer graphical power.

We’ll find out just how serious EA and BioWare have taken their new IP once it launches on February 22 for PS4, Xbox One, and PC.