Call it what you will, but the union of Disney and 20th Century Fox is good news to fans of Marvel Comics, as the grand House of M can finally come under one roof. There are already rumours that Marvel Studios is already working on adding Fantastic Four and the X-Men to the Marvel Cinematic Universe.

But every hero needs a villain, and in this case, the House of Mouse is also responsible for killing over 300 movie projects that Fox was exploring. According to this Reddit post by u/turcois, you can take a look at just how many film franchises have gotten the axe, and the following list is only a small, small fraction of just how much stopping power Disney has over its newly-acquired asset.

That said, the same Reddit post also highlighted the survival of the generally more promising and successful film franchises, such as the likes of the Avatar sequels, Terminator, and — very interestingly — even the thrice-delayed X-Men spinoff The New Mutants.

It’s easy to blame the failure of X-Men: Dark Phoenix as the impetus, but because of the Fox’s lack of vision, movie fans can also kiss the following 10 films and film franchises goodbye.

This entry will no doubt come as a surprise to many of us, considering how badly the first Assassin’s Creed movie adaptation tanked at the box office back in 2015. Despite this, the Michael Fassbender-led movie still managed to get enough traction for Fox to reel the writer, Corey May, to pen the script for this potential sequel.

While the first movie was bad, the game franchise that it was based on is nothing short of amazing, and ripe for turning into an action property. But alas, this wasn’t meant to be, much to the disappointment of many who were hopeful of it improving upon the faults of the first.

Another popular assassin video game-turned-film franchise in Hitman is sadly getting the axe from the House of Mouse. Agent 47’s exploits on the big screen will no doubt be missed by some, despite receiving mixed reviews as the aforementioned Assassin’s Creed. But imagine if this fell into the arms of a visionary director, like the guys who did John Wick, that movie about an assassin….

Where the Assassin’s Creed sequel movie came besmeared with a poorly-received first film, the supposed Flash Gordon animated movie reboot no doubt brought the widest of smiles to many a fan. It also helped that the eccentric filmmaker Taika Waititi was slated to direct it. But since he’s got his hands full with the upcoming Thor: Love & Thunder and the live-action Akira movie adaptation, this one shouldn’t be that bad of a loss… right?

If you’ve noticed by now, this list comprises mainly of movie adaptations of popular games. This entry is derived from the hugely popular trading card game Magic: The Gathering, and this one would’ve turned a lot of heads, especially for those who are neck-deep into the card game.

As a bonus, the script was penned by Bryan Cogman of Game of Thrones fame (the earlier, better-received seasons, at least), so we would’ve been assured of a really tight story and dialogue. But while MTG is still getting its due justice with the Russo Brothers teaming up with Netflix to produce an animated series, there is sadness that a movie franchise is not in the cards.

The League of Extraordinary Gentlemen

You might be familiar with this particular DC/Vertigo comic book series by the affluent Alan Moore, and maybe even the Sean Connery-led live-action movie adaptation that didn’t really do so well at the box office in 2003. Given that Alan Moore’s works have had a resurgence of sorts (HBO’s Watchmen sequel and DC’s Swamp Thing), it’s sad that his most modern work won’t be seen on the big screen again. Guess we’ll have to wait a little longer for a proper adaptation of the sleuthing supergroup of fiction and history’s biggest names to be produced.

To see the incredibly adorable Sims from the incredibly popular simulation game of the same name on the live-action format would certainly be an interesting feat to pull off, seeing as the Simlish language is so quirky yet unique. We’ve even gotten a slight tease of such a prospect when Katy Perry sang the likes of “Last Friday Night” in Simlish, so a full-blown movie wouldn’t be that far-fetched to do. Disney, however, thought otherwise, and killed the simulation.

We promise, this is the last game movie adaptation on this list. Mega Man, or Rockman in Japan, is another video game franchise that has endured the years, and rightly so. Never mind the crappy 2010 B-movie adaptation (no one ever talks about that, ever), this might’ve been the one to bring the popular blue Mega Buster-wielding cyborg to justice, similar to the likes of other Japanese gaming giants in Pokémon and *ahem* Sonic the Hedgehog. Alas, Mega Man wasn’t able to withstand the overwhelming stopping power of Disney, and duly received the axe as well.

Of all the entries on this list, this one looked the most likely, seeing as the fan following of the Die Hard franchise has quite the sizeable following. The potential latest entry in the franchise would be a prequel simply called McClane, which essentially is the origin story of the iconic John McClane, played by the ever awesome Bruce Willis. We’re not sure why McClane was cancelled, but we’re thinking it’s due to the poor reception of 2013’s A Good Day to Die Hard. Oh well, back to watching the original Die Hard on Christmas Day for the nth time.

The Pink Panther franchise, while nowhere near as popular as the other ones on this list, still has managed to slink its way across the generations. Actually, there already was a reboot of the 1963 classic in 2006, starring Steve Martin, so this would’ve been a re-reboot. Not that it matters now, it seems.

Capping off this list is a cancelled reboot of the iconic Arnold Schwarzenegger-led 1985 action classic Commando. The bazooka-wielding former special forces colonel would most likely have been recast due to the ageing Arnold, and it might carry the same campy, over the top action, and we might’ve been okay with it. Guess not, says Disney.

Again, these 10 movie franchises are only a mere fraction of the massive number of IPs that have been given the boot by the House of Mouse. But when all is said and done, Disney has unlimited power (maybe not against Sony, it seems) when it comes to all its IPs, whether we like it or not. 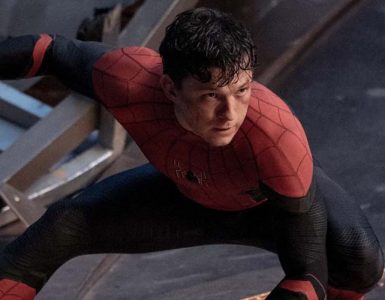 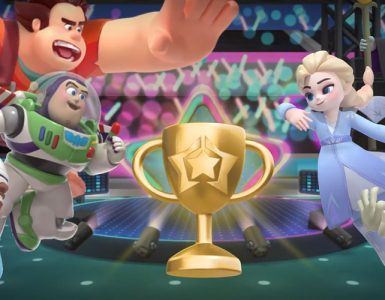 Disney Melee Mania lets you play as your favourite Disney and Pixar characters in a MOBA against other familiar characters.