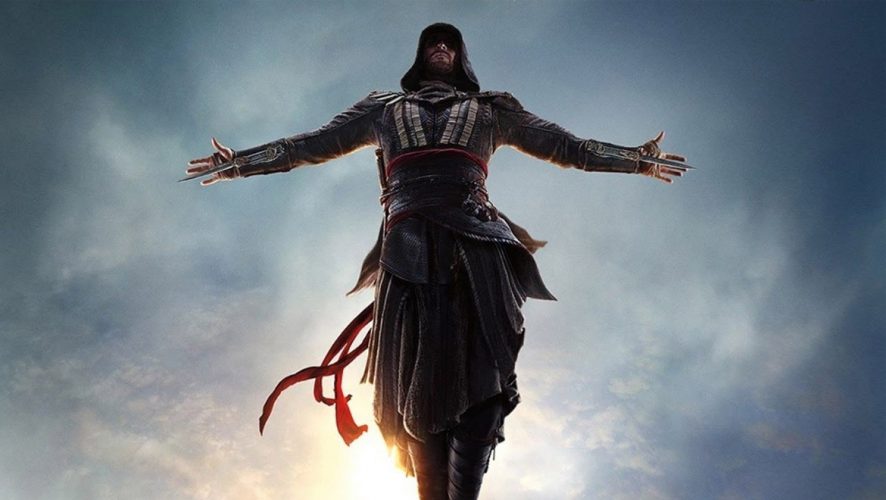 Assassin’s Creed is a standalone movie that is a watered-down version of the video game’s lore and fits loosely into the franchise.  Like the games, the movie sets the historical Knights Templar as a powerful, corrupt group that seeks world domination through an artifact called the Apple of Eden.

Only one group dares defy them: the Brotherhood of Assassins, a shadowy operation who “works for the light in the darkness”.

The Templars and Assassins have been at war for generations. The search and battle for the Apple of Eden have culminated into the modern-day Templars kidnapping Assassins and forcibly digging through their genetic memory for clues to its location.

For this purpose, Sophia Rikkin (Marion Cotillard) and her father, Alan Rikkin (Jeremy Irons) have kidnapped Cal Lynch (Micheal Fassbender) and stolen him away to their secret lab at Abstergo Industries. The Rikkins’ believe that Cal’s lineage, which traces back to the “legendary” Aguilar de Nerha (also played by Fassbender), will reveal the Apple’s final location as he was the last Assassin to possess it.

To unlock this, they have their fancy-schmancy DNA time-traveling machine, the Animus. The Animus is the movie’s attempt to explain gamey things such as game levels, level reboots, etc.; hence the multiple regression sessions instead of one long sequence. It’s a nice attempt, but not a very good one, especially because there’s a huge lack of clear explanation as to how the Animus actually works – the audience just has to accept that it does and it will somehow unlock clues from the past.

One big change from the game is that the movie’s Animus gives Cal an almost fully physically immersive experience, whereas in the game, Desmond was pretty much just lying in a chair throughout the experience. Perhaps it was an excuse to see more of Fassbender’s muscular physique?

The rest of the movie runs pretty predictably. The Templars find the Apple, the Assassins regroup to take it back and the movie has an open ending which allows for a sequel.

Cotillard performs weakly in her role as a passionate scientist, not-so-passionate next generation Templar. She spouts words and lines that should mean something but doesn’t follow through so none of it make sense.

Jeremy Irons is far more believable in his role as an ambitious Templar who is determined to find the Apple and win the glory. It’s unfortunate that Irons doesn’t put a little more Scar into his role. There’s a distinct lack of evil in his character which makes it hard for you to root for the hero to win.

Fassbender’s Cal has a spotty, rather blank backstory which only tells you that he has a predisposition to murder. Rikkin explains that it is part of his genetic heritage. There’s a lot to be explored here, but the movie backs away from making any real commitments (and explanations) perhaps in fear of justifying real-life violent criminals.

He doesn’t have all that many lines but he doesn’t need them. If anything, the lack of lines lends more to the implied violent and unpredictable nature of Cal. Unfortunately, Fassbender loses it (both in character and as an actor) when he starts an over the top performance to show his break down into crazy land due to exposure to the Animus.

The Spanish Inquisition sequences are the movie’s sole strength. The fast-paced, almost dizzying shots of the assassins leaping off dusty Spanish rooftops, jump-stepping across laundry lines and diving off Church spires almost makes sitting through the movie worthwhile. Almost.

The seemingly-effortless combination of martial arts and free-running is slick and stunning and shot just realistically enough to avoid looking like outrageous wire-fu. There are plenty of high vantage shots that simulate the game which work thanks to the gorgeously reconstructed ancient city. 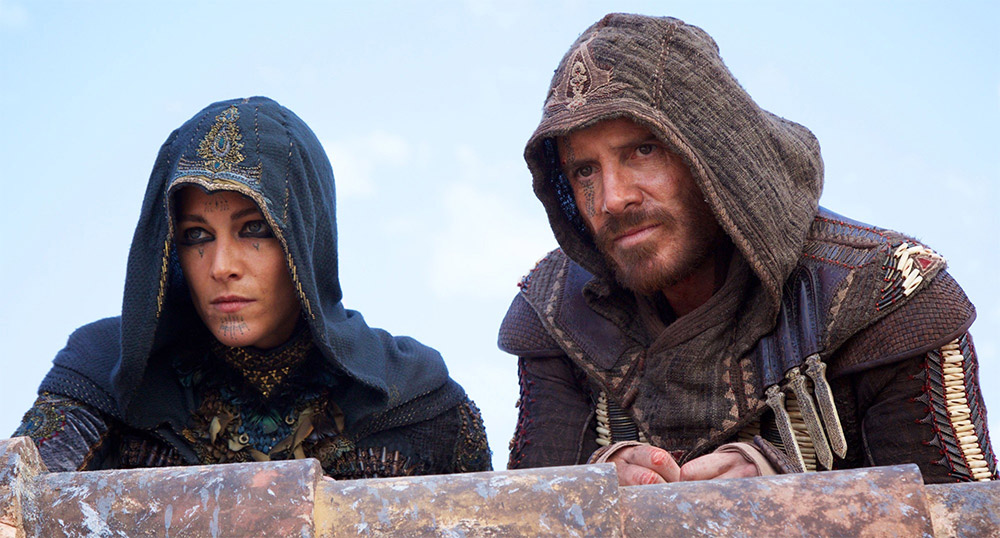 Characters in the past timeline, though not well-developed, are a lot more fun to watch than their modern day counterparts. The fierce, cat-like Maria (Ariane Labed) – the possible love interest of Aguilar – is devout to her duty, quick on her feet and charming in her deadliness. Compared to Cotillard’s mild, almost spoilt Sophia, Maria is far more engaging and a character that audiences can get behind.

The movie’s other minor saving grace is the unabashed use and display of female stunt actors. Apart from Labed, there is another female Assassin in the mix, Michelle Lin, who plays, well, Lin. It is a possible easter egg that hints at the franchise’s famous female assassin, Shao Jun. Lin is as agile, ferocious, skilled and lethal as her male counterparts if not more so. She’s fast and furious, a joy to watch on screen as she beats her opponents into bloody messes without needing any help from her fellow Assassins.

The costumes of 15th century Spain are quite impressive too. The Assassins’ outfits are intricately detailed with tons of textures, fabrics, weaves and dark, contrasting colours that pop out against the orange-beigey backdrop of old Spain. The Templars’ stark, black knight uniforms are threatening and suit their grim characterization.

Cosplayers will have a field day attempting to recreate Aguilar and Maria’s outfits.

Compare this to the boring (in world) fashion of 2016 which appears to be ruled by sterile steel grey and cold white, stiff, squarishly cut uniforms. There’s a clear attempt to show a contrast between then and now but they could have been a lot more imaginative.

Sadly, the impact of the Spanish scenes is lessened because you are constantly jerked back to the movie’s “reality”. It’s as if the movie is afraid that you’ll forget which timeline is the real story; a negative trait inherited from the games.

Between classics such as Street Fighter and newer attempts such as Warcraft, the bar for video game movies has been set so very low which, fortunately, works in favour for this adaptation of Ubisoft’s hit action-adventure game.