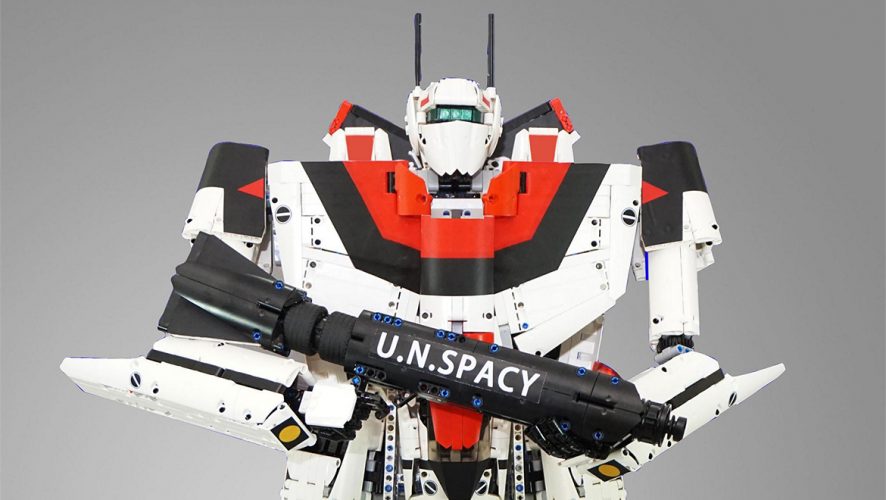 Think mecha, and the Gundam series comes to mind. But on the American front, there was Robotech, an 85-episode adaptation of three unrelated anime series that aired in Japan from 1982 to 1984. While it attracted largely polarised response from the community when released in 1985, it was also credited to have brought about the interest in both mecha and anime to the West.

The Lego Robotech Valkyrie Yamato VF-1A is one such product of its influence. Built upon the colour scheme of the VF-1S Ichijyo Hikaru Valkyrie from the original Macross movie, the mecha MOC is made entirely with Technic pieces, which means it’s probably built to scale.

Or so it appears, anyway. Not much information and details on the creation and its creator can be found, but the size of the little figurine does show that it measures up to the actual dimensions, making the Valkyrie possibly the biggest Macross, or even mecha, MOC to date. 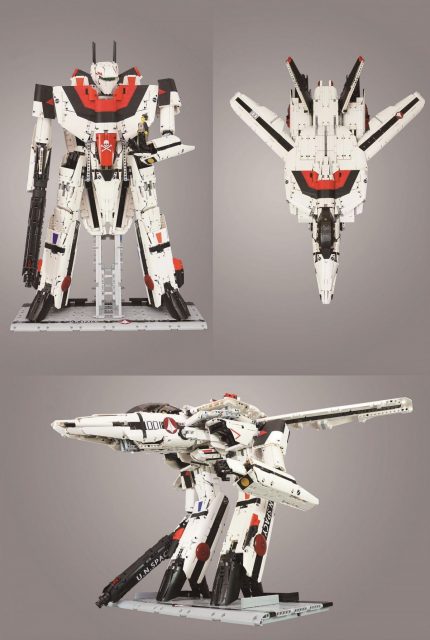 That’d certainly be impressive. Not only is it a work of art, it’s fully functional as well, with the ability to transform into the three iconic variants in the original animated series: the Fighter (airplane), Gerwalk (detachable gun pod), and Battloid (mech).

Check out the rest of the MOC below (kudos to creator G_phy!):