The Sandman TV Series Is Finally A Go On Netflix

After nearly three decades, our dream to see Dream on TV has finally come to an end. Vertigo and DC Comics’ arguably most iconic comic book series, The Sandman, is finally set to hit the small screen on Netflix.

The now-timeless series by fantasy fiction maestro Neil Gaiman has long been the subject of many a failed adaptation to be brought to the live-action format, with the latest of these being a feature film by New Line Cinema back in 2013, with Joseph Gordon-Levitt set to star as Dream/Morpheus but left the project due to creative differences.

It seems that bad streak will finally be broken with Netflix taking the reins on Gaiman’s weird fantasy masterpiece. However, it will be interesting to note that The Sandman, which is owned by DC Entertainment, under Warner Bros., is on Netflix, and not on the upcoming WarnerMedia streaming service due out in 2020.

Gaiman will co-produce Netflix’s The Sandman alongside David S. Goyer (The Dark Knight, Batman v Superman). Penning the show’s episodes will be Allan Heinberg (Wonder Woman, Grey’s Anatomy). No news on episode count and length have been divulged as of yet, but this should prove as one of the most heavily-anticipated shows on the streaming giant when it releases.

The Sandman isn’t Gaiman’s first foray into live-action TV adaptations on Netflix. Lucifer is actually a Sandman spin-off series featuring the titular fallen angel, who was part of the Vertigo fantasy mythos. Other Gaiman works that have been adapted for the small screen have been American Gods and Good Omens on Amazon Prime. 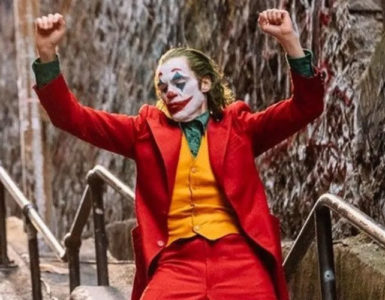 The Clown Prince of Crime will be back to cause chaos.