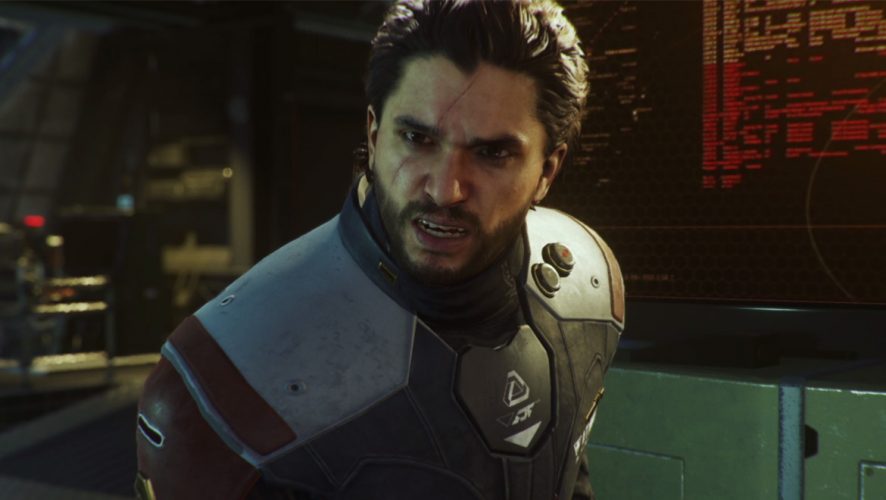 At the Tokyo Game Show today, Activision revealed a first glimpse at the Story Campaign in the latest Call of Duty game, which features Kit Harington (that’s right, it’s Jon Snow of Game of Thrones fame). In his role, Kit will be stepping into the dark side as the game’s main villain. From what we have been told, the story campaign entails a classic war story told in a bold, new future setting, out in space. Where no one can hear you scream.

The campaign puts the player as Captain Nick Reyes of the Special Combat Air Recon (SCAR), who in charge of his own warship, and must take command in the fight against a relentless enemy, the Settlement Defense Front (SDF). Players get to choose where the warship goes, and which side or main mission to undertake, in any preferred order.

New to the franchise is the ability to use a transforming fighter, named “Jackal”, and engaging in epic space dogfights. Also new to the franchise is the reliance on cover mechanics and zero-gravity grappling.  Why cover mechanics in COD? According to the developers, they consulted actual Navy Seals and asked them what would be the first thing they would need when in a zero-g environment, and the reply was “find cover”.

If you are planning to get hold of the PlayStation VR at launch in October, then you’re in for an extra treat. COD: Infinite Warfare will come packaged with a special PS VR-enabled “Jackal Assault” mode, which runs as a separate stand-alone space dogfight. The game uses the PS VR’s head tracking for targeting, while your ship’s guns fire at wherever it is pointing. As for missile locks, it requires you to look around the cockpit to lock on to up to 3 enemies at a time.

It’s just too bad VR mode isn’t more heavily integrated into the story campaign, with perhaps an on-screen prompt for you to load up your PS VR if you have one, whenever you launch into space for a Jackal dogfight mission. Perhaps in the next game or expansion? Who knows.

Here’s another reason to play COD: Infinite Warfare on the PS4, as there will be a multiplayer beta test starting on 14th October for PS4 players first, and a little later for Xbox One and PC players. In order to gain access to the beta, you just have to pre-order the game.

In case you missed it at the recent Gamescom 2016, the new Zombies Mode was also shown, and this time, the scenario takes place in a 80s themed amusement park gone crazy. Called “Zombies in Spaceland”, players get to take control of four 1980s archetypes, the Jock, Rapper, Valley Girl and Nerd, to do battle against hordes of the undead. There are even fun elements, such as a functional roller coaster and arcade centre for some outrageous mayhem!

And yes, the game will harness the power of the beefed up PlayStation 4 Pro console when it releases this November too. But apart from supporting 4k resolution and HDR visuals, no other details were revealed yet. We’ll just have to wait for the release date draws closer to hear more from Infinity Ward.

Call of Duty: Infinite Warfare will be released on 4th November 2016 on PlayStation 4, Xbox One and PC. 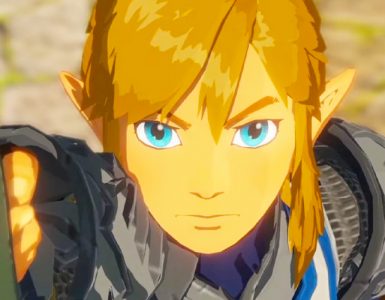 Probably no one expected such an action-packed weekend like this. 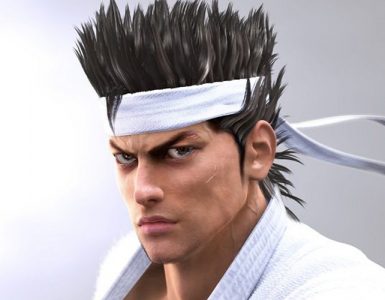