For the record, 2016’s Suicide Squad director David Ayer wants everyone to know that he has had it with being blamed for Warner Bros.’s heavily altered theatrical cut of his movie.

Though it made quite a profit at the box office, with its US$747 million worldwide earnings, Ayer’s Suicide Squad was never considered a masterpiece amongst fans and critics alike. In fact, it has been repeatedly slammed for its shoddy plot and poor characterisation. Would the movie have fared better with Ayer’s cut? It’s hard to say since we’re sure WB will never let it see the light of day. But one this is for sure, the director himself wants nothing more than for those who disliked Suicide Squad to stop laying the blame at his feet.

His sentiments were made abundantly clear in a back-and-forth with Indiewire Senior Film Critic David Ehrlich. Ehrlich got Ayer’s attention on Twitter when we made a comment online on the discourse and hype surrounding James Gunn’s The Suicide Squad, calling it a “sequel to some dumb piece of shit”. Ayer then quoted the tweet, defending a film he, as well as his casts and crew members, spent two long years working on.

The pair soon cleared things up between them, with Ehrlich apologising and clarified that he was simply trying to vent his frustration over the “endless franchise hype parade” which continues no matter how disappointing previous films in the series are. Ayer seemed to have accepted Ehrlich’s apology, his reply also showed his frustration with the movie being changed from his original vision.

Nonetheless, he still continued to show his support for James Gunn’s upcoming reboot of the franchise he started.

It must have certainly not been easy for Ayer these past two years, having to deal with harsh criticisms on a film he had little control over. One of the apparent changes made to Ayer’s Suicide Squad involved a ton of scenes being cut from Jared Leto’s performance as the Joker.

Gunn has called back some characters introduced in Ayer’s movie, but it seems Jared Leto is not one of them. 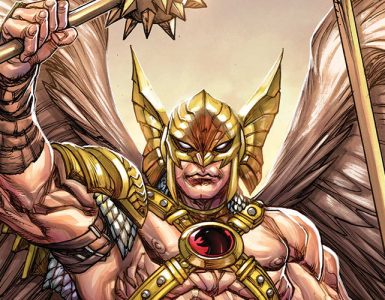 He's flying into his new role!

Gang's all back. Well, almost.