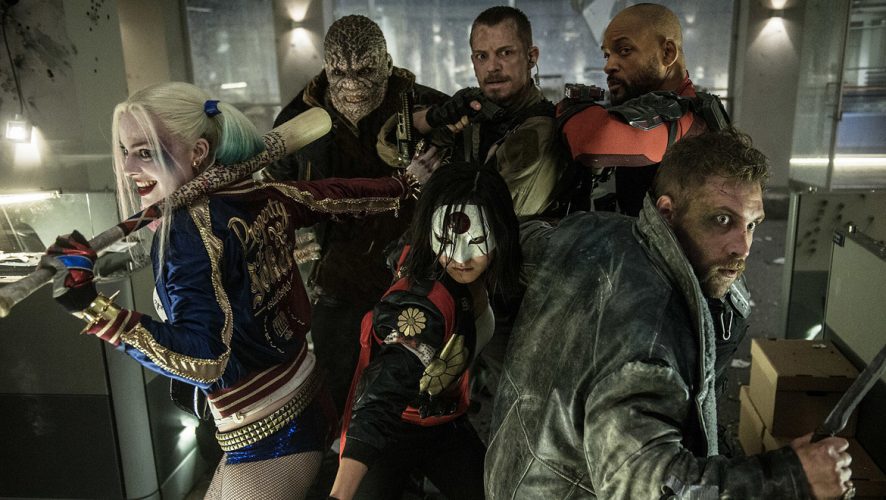 When Deadshot utters the line “When will this end?” I was totally on board. When will this messy, ill conceived trash of a movie end. You can have lousy films that are enjoyable and fun (see Ghostbusters) and you can have films that are damn right obscene in their terribleness. This is one of them. The DCU movie franchise is dead. Nothing will bring it back unless there is a massive about turn. Forget Wonder Woman. Forget Justice League. This is the nail in the coffin. When the best part of your film is Batman (screen time less than 2 minutes), you know you’re in trouble. 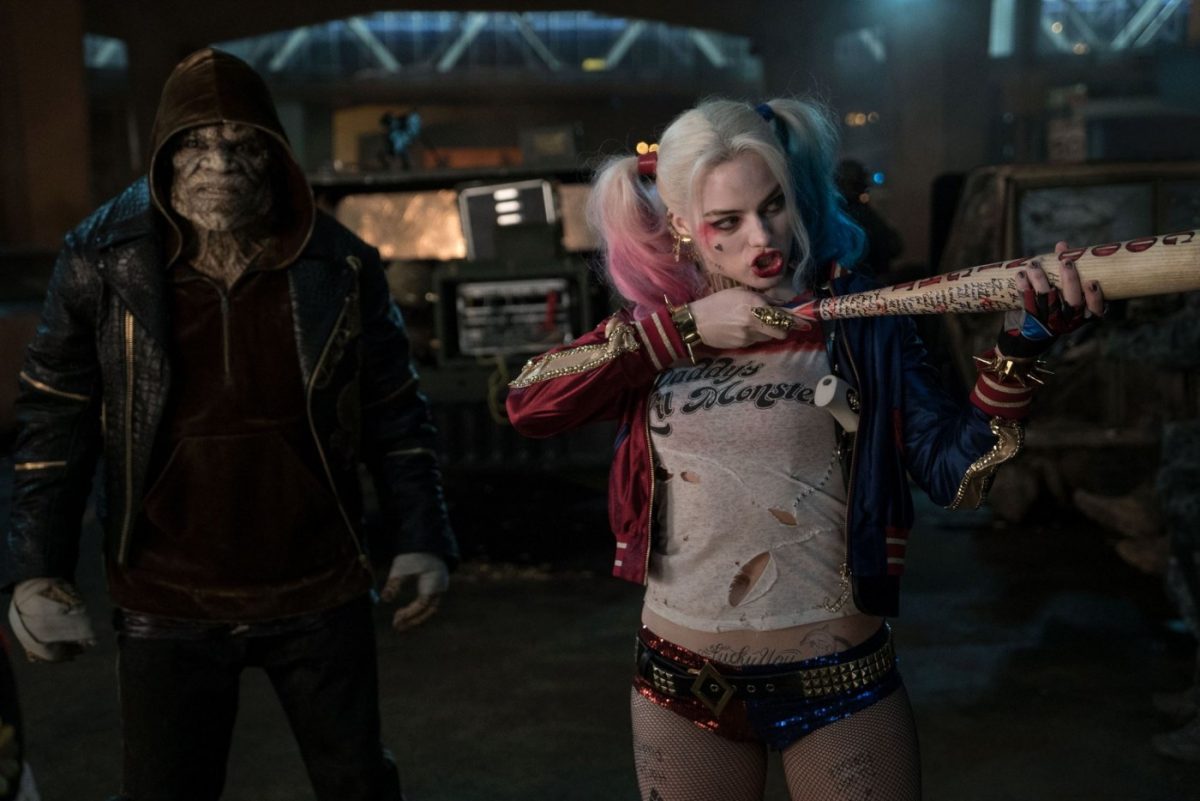 The first 20 minutes of the film are agonizingly awful. This is where the Suicide Squad are introduced. Remember the scene in the equally awful Batman v Superman where Wonder Woman watched YouTube videos to learn about the future members of the Justice League? Terrible right? The first 20 minutes of Suicide Squad is an extension of this theme. Woeful. It’s basically a story-free round table of a bureaucrat sitting in a restaurant discussing the top secret files of Deadshot, Harley Quinn and that other guy… you know… Captain Boomerang. Yes, the intros are cool and stylistic but damn son it sucks! The opening is an incoherent mess that catapults Suicide Skwad…sorry Squad into a massively disappointing disaster.

David Ayer. Not a bad writer-director. Some good stuff to his name. Training Day, Fury and End of Watch to name a few. Here he is definitely out of his depth. Also Zack Snyder on the credits doesn’t help. The general rule to this film is make it dark so you can’t see anything and overlay it with some iconic rock/hip hop songs in order to make it all cool and hip. No. Your song selection sucks. Hell, if you are going to rip off Guardians of the Galaxy by using Spirit in the Sky at least make it more memorable… 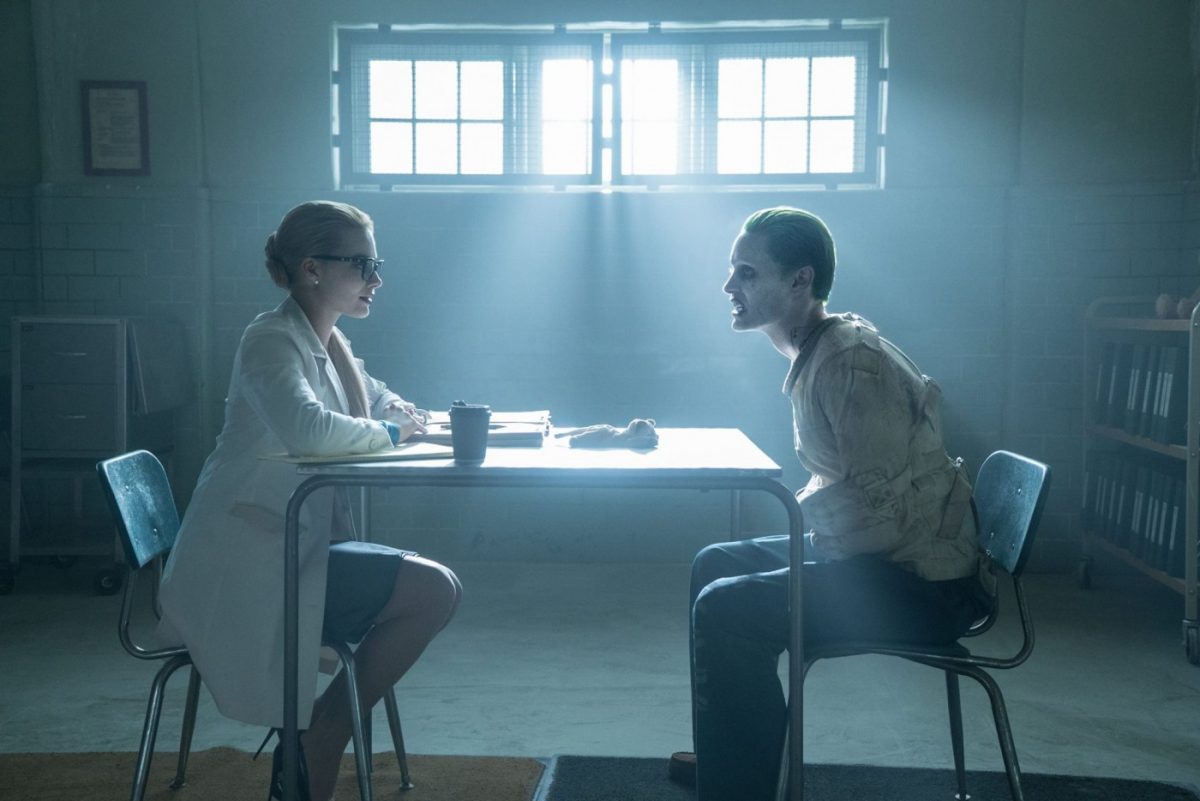 So the aforementioned bureaucrat is Amanda Waller. She wants to assemble a team of the worst villains to defend America the next time some other worldly Superman type being shows up and threatens humanity. The choice of these villains seems a little silly as they don’t really have any ‘super’ powers and a well trained special unit team would do the job equally as well. But no. She goes all Snake Plissken on them by injecting a nanite bomb into their necks and having a well trained special unit soldier (see!) called Rick Flag lead them into battle. Does this sound like a good idea? No it doesn’t, does it? But that’s what happens. Does it go well? Of course not.

Other than Deadshot, Harley Quinn and Captain Boomerang, the team is filled out with El Diablo, Katana, Enchantress and Killer Croc. I won’t bother explaining their backstories as you will be reminded so any times during the course of the film that it becomes annoying. In fact, the ‘actual’ story is pushed aside and not allowed to breathe due to the amount of time taken explaining each of the characters backstory.

Anybody holding out for Jared Leto’s Joker can pack up and go home already. He appears in a pointless subplot and never ever attains anything close to the performance of Heath Ledger or even Jack Nicholson. He is basically a Marilyn Manson gangster. Sad and disappointing.

After the disaster that was Batman v Superman there was hope for Suicide Squad. But no. From beginning to end, this is one of the worst films I have watched in recent memory. With a plethora of DCU films on the way I can only cringe at the quality. Warner needs to get better writers and directors. Look at the stellar lineup Marvel has. It is so obvious. I’ve never been truly disgusted by the quality of a film before until today. Suicide Squad. You suck.

Suicide Squad is one of the worst films I have seen in a long time. It makes Batman v Superman look Oscar worthy. If Jesse Eisenberg was in this it probably would have improved it. Stay well away.