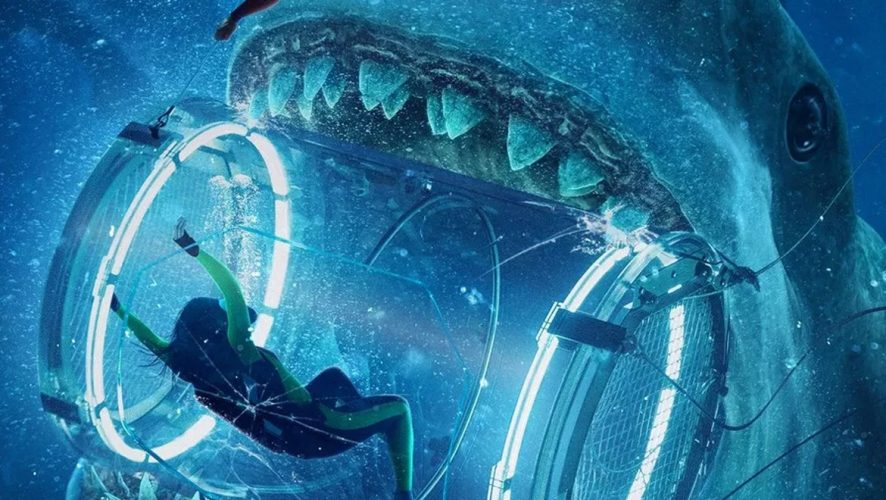 Rainn Wilson Talks Megalodons, Being Out At Sea, And Acting With CGI For The Meg

From the Spielberg’s classic Jaws to the upcoming megashark thriller, The Meg, it looks like movie lovers and Hollywood can’t get enough of shark movies. Sharknado anyone? But instead of giant great whites, The Meg is based on a prehistoric shark called the megalodon, a creature thought to be extinct that rises from the depths of the ocean and attacks a research submarine.

But really, all we want to see is some shark-punching action, and that’s exactly what The Meg intends to provide. The movie stars Rainn Wilson, best known for playing the socially-inept yet hilarious character of Dwight Schrute in The Office. 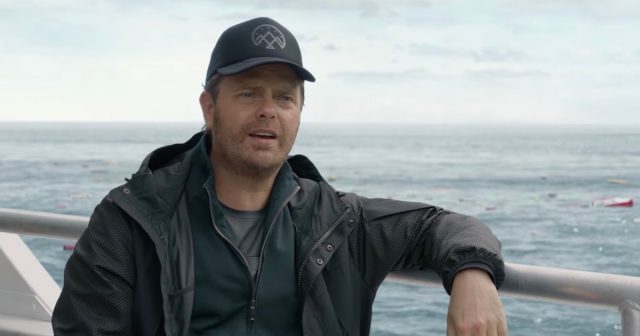 Er, no. Dwight isn’t the one fighting the Meg. That’s Jason Statham’s job. While Dwight is in the hall of fame of iconic TV characters, Rainn Wilson’s acting career has chugged along under the radar ever since. With no roles coming close to the popularity of Schrute so far, it’s great to see Wilson appear on our screens again in a big way.

He takes on the role of Jack Morris, a wealthy businessman, inspired in part by the business-hungry billionaires of California’s Silicon Valley. Morris’ interests expanded past building projects and international banking into the field of research, and as such his wealth gave him the means to fund the oceanic research station called Mana One.

“In a way, Morris is responsible for unleashing the Meg,” confesses Wilson. “He is also interesting to me because he’s part comic relief and part villain, though always a three-dimensional character. It was fun to explore his dramatic moments, as well as his lighter and villainous sides.” 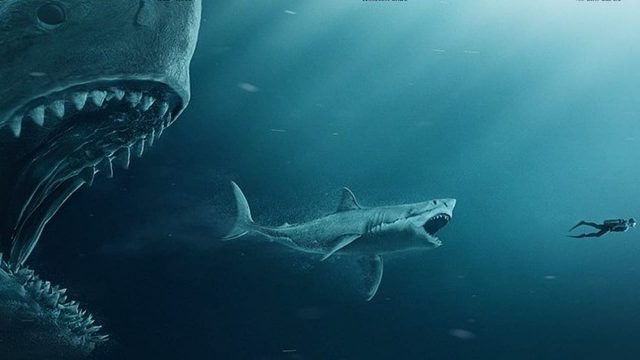 The megalodon might not be a particularly familiar prehistoric creature to many, overshadowed by mammoths and dinosaurs. But Wilson was no stranger to megalodons before getting on board with the movie, and for one good reason – his son.

“A few years earlier, my mom bought my son a megalodon tooth. He’s always loved dinosaurs and megalodons because they were once at the top of the food chain of our entire planet. They could literally take out any other living creature, even a tyrannosaurus rex,” shares Wilson.

“I know…” he continues, “I just sounded a lot like Dwight Schrute when I said that, but it’s all true!” He chuckled at the thought. Picture Dwight Schrute saying that. “Fact, Megalodons beat T-Rexes.”

This Meg was brought to life with the magic of green screen and CGI, so working on set must’ve been an interesting experience for the cast. “There was at least a square kilometer of green screen on set, as well as a giant water tank. Our point of reference for the Meg often was when [director] Jon [Turteltaub] would be on a megaphone, telling us, ‘Okay, the meg’s coming at you!’ Sometimes we roughly knew where the meg’s nose and tail were. But we always had to do a lot of imagining,” describes Wilson. 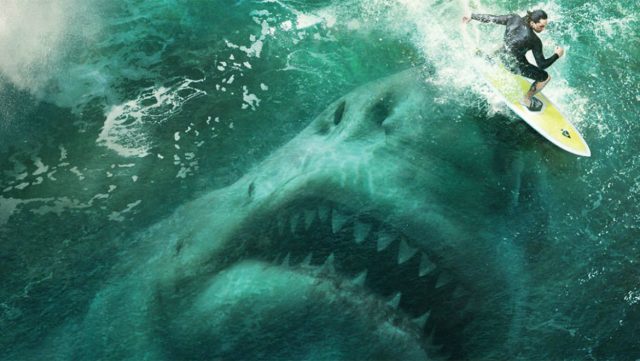 From an actor’s point of view, Wilson is fascinated with CGI technology, calling them “extraordinary”.

He elaborated, “I’ve done some other films with CG imagery, and it seems that working amongst that technology may be the future of acting. In fact, there should be ‘Acting with Green Screen’ classes, where you have to imagine working opposite giant monsters because it’s such a part of an actor’s toolbox these days.”

It wasn’t all green screen work though, as the movie’s setting meant working extensively out in the open waters as well, which wasn’t easy.

“When everyone begins the day, they’re saying, ‘Woo, this is great, we’re on a boat! We’ve got sandwiches!’ Then, after about four or five hours of filming, we’re thinking, ‘Okay, I’m ready to go in.’ Fortunately, we weren’t on the high seas and didn’t experience big waves. We were in harbors and bays. No one got seasick. You just always want to be back on dry land,” reflects Wilson. 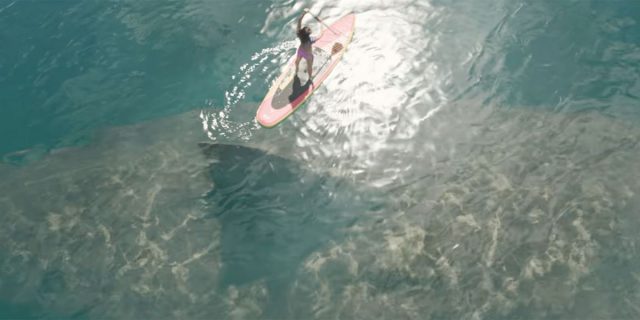 Their time spent filming way out in the oceans of New Zealand was made interesting by the fact that it coincided with the U.S. Presidential Election. “I had terrible reception on my phone, so I had to keep hitting refresh on the CNN app to see what was happening with the election. It felt pretty wild to me because while most people in the U.S. were going to bed with these election results, I was reading them on this ship bobbing around on the sea, with Jason Statham, Ruby Rose and a giant shark that had yet to be created,” says Wilson.

While there were no stunts involved per se, the cast still needed to be in tip-top fitness for the intense swimming that lay ahead.

“We had to get in swim shape, so the production brought all the actors in early for swim training and to assess our swimming skills. We had to swim through a hoop, participate in swim relay races, pull ourselves out of the water, and climb various ropes and ladders in the water. It was a great, but brutal workout that gave us the skills and stamina to be comfortable in the water for the filming,” elaborated Wilson. 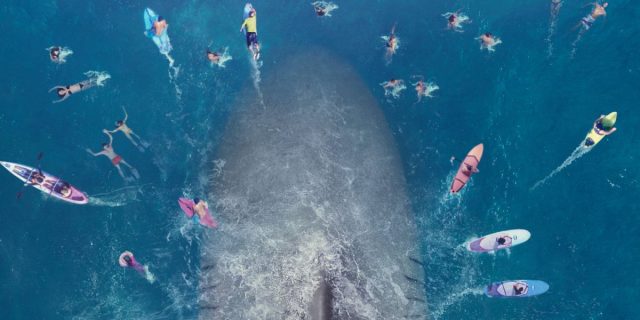 As for a particularly memorable moment on set? How about a fake shark and fake blood, with fake limbs? “One or two scenes called for us to jump and swim in water filled with the aftermath of a visit from the Meg, including red dye that simulated blood, as well as prosthetics of various human limbs. That was pretty unforgettable.”

But he knew he was in good hands with director and fellow funnyman, Jon Turteltaub, who directed National Treasure and Last Vegas. Wilson describes Turteltaub as “one of the funniest, quickest human beings” he’s ever worked with.

“On set he keeps everything light and fun and is always approachable. He’s constantly telling jokes, even while we’re doing a huge action scene. He’s like a Borscht Belt comedian,” enthuses Wilson.

“Jon has directed so many amazing movies and he really knows how to move the camera. I was impressed by the way he tells a story with a moving camera, which maintains the relentless action and suspense. He has that kind of Spielbergian quality,” Wilson adds. 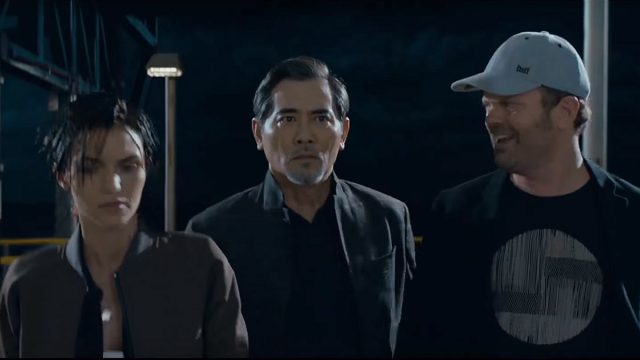 Whether Turteltaub can live up to Spielberg’s level of shark flicks is a whole other question, but regardless of that, Wilson is excited for what The Meg has in store for audiences.

“They’ll definitely learn to avoid giant prehistoric sharks!” he laughs. “This is fun, over-the-top, exciting popcorn movie that’s also scary and with surprising moments of humor. It’s a thrill ride and the perfect film for this time of year.”

Catch The Meg when it chomps into Singapore theatres on 9 August, 2018. 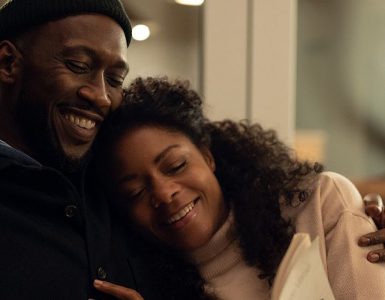 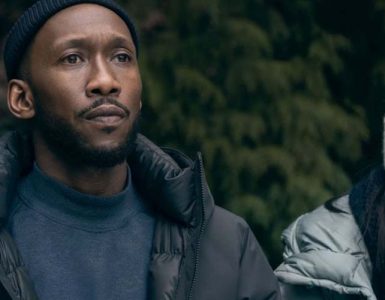 Turning the hard parts of life into art. 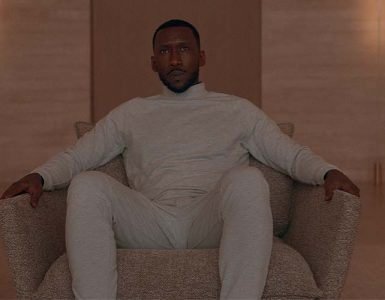 Geek Interview: Mahershala Ali Delves Deep Into Swan Song’s Themes, And His Approach To Playing Blade In the MCU

One thing's for sure, this isn't Mahershala Ali's swan song.