Rumours of a new Switch model have been rife. Nintendo themselves, have been relatively quiet about it.

However, a recent report suggests that Nintendo will be partnering with Samsung Display Co. to equip its new model with a bigger and better OLED display. Apparently, Samsung Display Co. will be mass-producing 7-inch, 720p-resolution OLED panels to supply Nintendo with an initial monthly target of a million units starting as early as June.

This new model will also come with 4K ultra-high-definition graphics when docked or paired with TVs. Some fans aren’t too happy as they have been struggling to accept the current differences between the handheld and TV’s resolution, and this new upgrade will only make it worst.

To sustain its incredible sales against the Xbox and PlayStation, Nintendo has to continue improving their line-ups to rival the consoles. Since this model has been highly anticipated by the fans, it’s unlikely we’re going to see Nintendo slow down their sales.

The new display will be an upgrade from the current Switch’s 6.2-inch and Lite’s 5.5-inch size and will “consume less battery, offer higher contrast and possibly faster response time when compared to the Switch’s current liquid-crystal display,” according to Yoshio Tamura, co-founder of display consultancy Display Supply Chain Consultants (DSCC).

Now, will the new model sport a thinner bezel to maintain its current size or will it look entirely different? Whatever it is, we think it’s going to worth the wait and hopefully, Nintendo won’t disappoint us again as their Nintendo Direct did.

If you think the wait is too long, do check out the new Monster Hunter and Mario colourway of the current Switch! 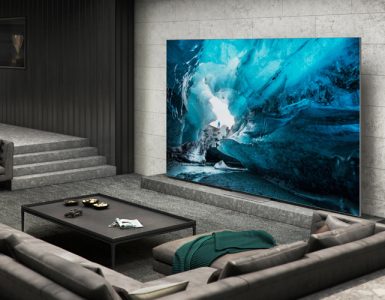