A series of high-profile men in the video game industry has been accused of sexual assault, including composer and designer of Night in the Woods Alec Holowka. Not long after, the studio behind the game, Infinite Fall has announced that they will be cutting ties with Holowska, including cancelling a project that is currently in development.

The studio will also be postponing the launch of the physical release of Night in the Woods. The iOS port, which is handled by publisher Finji will remain in development.

In a lengthy Twitter thread, co-creator of Night in the Woods Scott Benson stated, “We’ve received a lot of emails and messages in the past few days, often very hurt and angry. That’s also how we feel. This has been very, very tough.”

He added in a separate statement that “What this means for Night in the Woods going forward is something we will have to work out. These things take time, longer than a couple days at least.”

The accusations against Holowska were made by Quinn, a well-known game developer, who took to Twitter to explain their experience with Holowska.

According to Zoe Quinn, Holowska had slowly “isolated” her from her friends and refused to allow her to leave the apartment without his accompaniment. Holowska was also “absolutely degrading” to her, banning Quinn from industry groups and even going so far as to get her blacklisted from events in an attempt to ruin her career.

He’d act normal when other people were around and lay into me a soon as we were alone,” Quinn wrote in her Twitter post, exposing Holowska’s various deeds against them.

The tweets were written in response to another sexual assault accusation by indie game developer Nathalie Lawhead. In Lawhead’s accusation, she accused The Elder Scrolls composer Jeremy Soule of raping her.

Holowska has yet to make a statement in response to the accusations by Quinn. 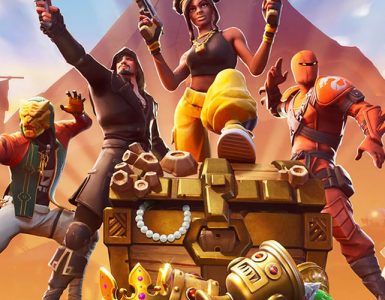 There's no such thing as free in this world.