A new Mulan movie is in the works and no, it is not by Disney.

The movie, titled Fight Mulan (战斗吧木兰) will be made in China by female director Xia Wen and stars Yang Ning as the titular warrior Mulan.

According to its Baidu page, filming for the movie had started on 31 August 2020, and as with the legend of Mulan, will tell the story of Mulan who crossdressed as a man to replace her father in the Chinese army. Due to an injury, her secret was revealed, though her story doesn’t end there.

Here is a translation of the film’s synopsis on Baidu,

Mulan, who had won many battles in the army, was named General Dingyuan and fought alongside King of Pingyang, Chang Sunhan (played by Zong Muyi). Because of a strategic error, Hua Mulan ended up injured, exposing her identity as a woman and resulting in her having to leave the barracks. When she returned home, she found that Rouran had sent people to hunt down Mulan and used the villagers as hostage. At this time, Mulan stepped forward to protect the villagers.

While being escorted by the Rouran, Hua Mulan looked for an opportunity to escape, only to fall into the Devil City, where she meets the leader of the tribe, Ai Na (played by Gu Li Mi Re), who had been oppressed for a long time. With a common enemy and a mood of revenge, Mulan rekindles her fighting spirit and returns to the base camp and join Changsun Han and others to together defeat the Rouran army.”

China had previously made an action movie based on Mulan in 2009, starring actress Zhao Wei.

Many were left disappointed at Disney’s live-action remake of Mulan, and we can only hope that this upcoming one will do much better to bring justice to one of the most popular female warrior in history.

Fight Mulan is slated to release on 5 October 2021. 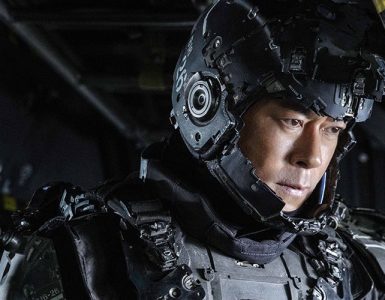